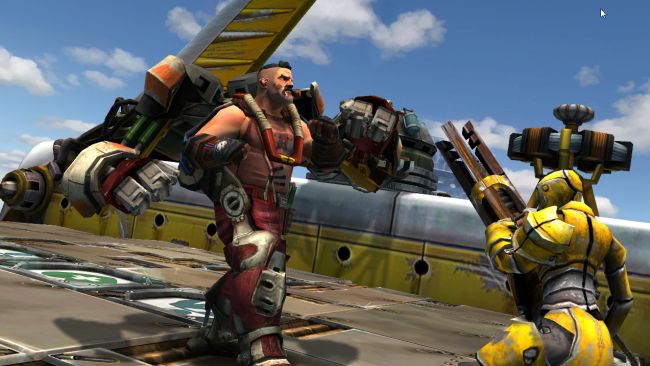 Hard to Pronounce, Easy to Play

Aerena is a free-to-play game of strategy, where being two moves ahead of your opponent is the key to victory, much like Chess. But where Chess is a medieval-themed game, with knights and kings and queens, Aerena (or Ærena as the developers sometimes spell it) is a silly blend of steampunk and Saturday morning cartoons.

With players selecting three out of ten characters as their champions, they must do their best to destroy the enemy player’s massive battleship. Where chess is a calm game of strategy, Aerena is more akin to a Monster Truck Show, with champions blasting one another to pieces all while an announcer shouts out the entrances of additional champions to the fight.

The reasoning for the titular “arena” misspelling is apparent as soon as the battlefield is glimpsed. Taking place in the aether, or Æther (get it now?), of the realm, the conflict is high above the earth, literally within the clouds. Each player has their own giant warship (currently there are five in the game to choose from) and must destroy their opponent’s ship in the ensuing battle.

The players’ ships are docked on either end of a battleboard that is randomly chosen. Some boards have obstacles like pillars and traps, while others will alter the shape of the board, forcing players to adapt new deployment strategies. The objective is to reduce the enemy’s ship health-points to zero, and the easiest way to do that is by utilizing champions to deal that damage. There are also abilities called “shells” that players can use to deal damage to enemy ships as well.

Each player brings three shells into battle. These shells can do anything from damaging/healing specific champions, dealing direct damage to the opponent’s ship, or even teleporting champions around the board. Shells are only good for one use, but a shell generator produces free shells for the players every few hours, even if logged out of the game. Alternatively, players can opt to buy shells through the in-game currency or with actual real-world money. The shells come in randomly assorted packs of 3, like booster packs for a card game. 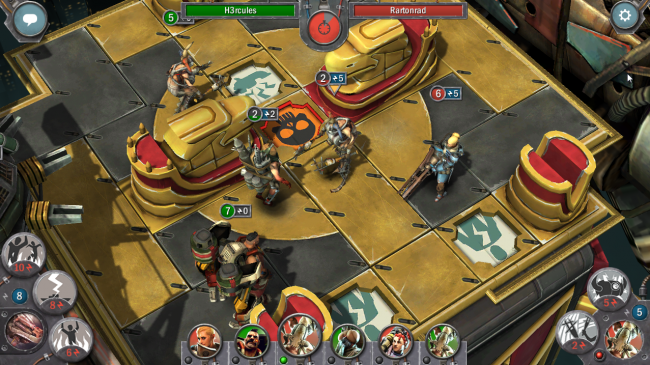 Because players can only bring three shells into battle per game, and the fact that shells are easily affordable with the in-game currency (plus the free generated ones), I felt like players who actually paid real money for the shells had no real advantage over me.

The microtransaction system also allows the purchasing of the additional ships and champions. Paying for them simply eliminates the grind that it would normally take to unlock them for free; no additional advantages are to be had. As far as free-to-play games go, Aerena’s payment model is as fair as they get.

The champions all come with their own unique abilities that players will quickly want to understand. Luckily Aerena’s user-interface allows the player to mouse-over and check out what the opponent’s champions can do. Everything is visible and it is not difficult to double-check a champion’s ability mid-turn. The only thing players cannot see is the shell selection the other player has chosen.

Æther points are the mana of Aerena. At the start of each turn, the player gets one Æther point for the ship to go towards the use of the shells, and one point for the current champion. Some champions’ special attacks do direct damage to the ship, others have the ability to knock enemy champions back to adjacent tiles, and potentially off the side of the board, plummeting to their death. All of the abilities are straightforward, and nothing felt too weak or overpowered. 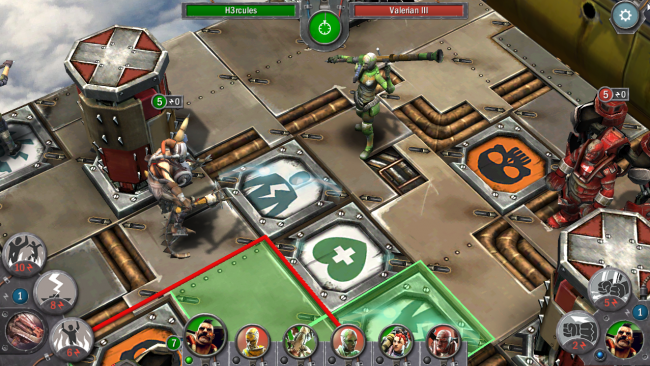 While players get two moves per turn, an omnipotent countdown urges quick strategic decision-making and allows games to be completed in, typically, less than 15 minutes.

My only real problem with the game was that the special effects used for many of the attacks felt underwhelming. For example, when a shell is used against another ship, there is a little flash of light and the enemy ship’s health ticks down a notch. Here we have two massive warships facing off, and the game’s most unique (and financially valuable) mechanic is a blink of light —hardly satisfactory. Though, considering that Arena is cross-platform on mobile devices as well as PC and Mac, the technological limitations are understandable, but still unfortunate.

Aerena delivers some great casual strategic gameplay that is easy to learn and hard to put down. For the price, Aerena is certainly worth checking out.

Make It Rain: The Love of Money Review