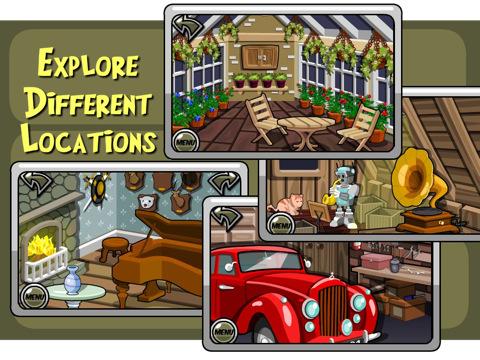 You can escape the present, but you can’t get away from the game’s low quality

Games like Adventures of Veronica Wright: Escape from the Present are few and far between on the App Store these days, and that’s probably for the best. Let’s get this out of the way, right now: this is a dreadful, nonsensical point-and-click adventure game that deserves neither players’ attention nor money. Read on if you want to know all the reasons why it should be skipped.

The story, what little there is, follows a girl in the future named Veronica Wright. Ms. Wright is being chased by mysterious creatures (which are actually just a bunch of glowing green eyes). She receives a letter from her great-great-grandfather, telling her to go to the family farmhouse and to assemble a machine that she’s to use in conjunction with an amulet. The plot doesn’t make much sense, and it’s even more difficult to follow thanks to some grammar errors that pop up.

The game is reminiscent of the first-person adventure titles that dominated the games industry back in the 1990s. The problem is that most of these games weren’t very good, which is something that Veronica Wright mimics a little too well. The puzzle solving is often nonsensical, requiring players to pick up objects as they wander through the manor and use them with other items in combinations that don’t always make sense.

On top of this, there’s no way to tell what can be picked up and what can’t. Instead, players have to move from room to room and click on every object on the screen in order to find objects they can take with them. There’s no guidance, no real clue about what to do; even the developers seem to have realized this because they’ve placed links to walkthroughs on the game’s page in the App Store. Veronica Wright isn’t challenging, it’s just irritatingly difficult thanks to obtuse game design.

Unfortunately, the lack of guidance (not to mention common sense) in the game isn’t the most frustrating aspect. There are plenty of bad mechanics that claim that prize. The touch screen interface doesn’t reliably work; this is particularly noticeable when a player is required to use an item from their inventory with an unmovable object in a room. Players will often have to tap the screen repeatedly in order to make the combination work. On top of that, the game doesn’t save and continue automatically. If someone presses the home button (before they access the menu and manually save their progress) and then reopens the game, they’ll have to start over with a brand new game. 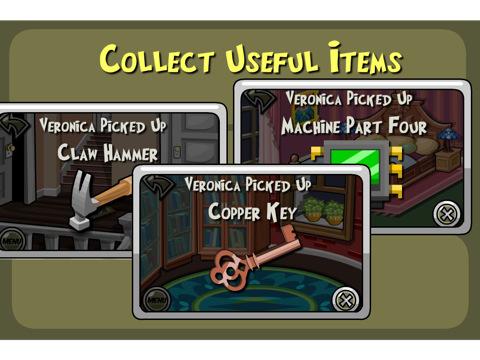 The game’s “hand drawn” graphics leave a lot to be desired. They narrative is told with static vector images, while each room that Veronica walks through looks pretty rough, especially on the iPhone’s Retina display. On a side note, each room is seen from a different angle, too, which is just weird. Meanwhile, the audio is practically nonexistent: there’s no music, only random spooky sounds.

There’s really nothing to like with Adventures of Veronica Wright: Escape from the Present. It’s ugly, it’s unimpressive, and its mechanics are so irritating that the game is borderline broken. Give this title a wide berth.

Empress of the Deep 2: Song of the Blue Whale Review