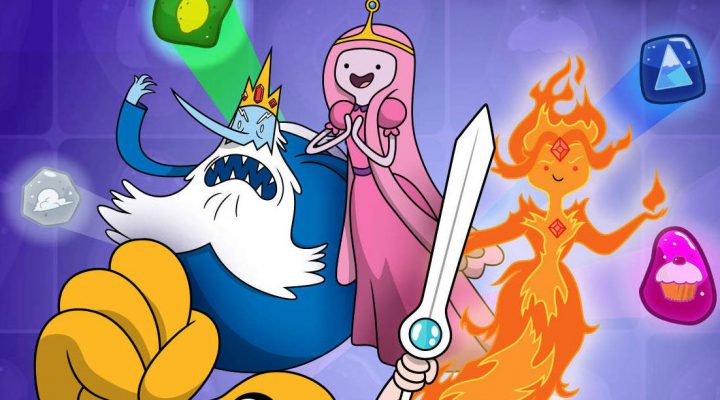 Adventure Time characters have their own, silly attacks to utilize.

Quests strung together with episodic storylines.

A reoccurring bug causes the game to completely lock up, forcing a restart.

Does not really add much to the genre, beyond use of Adventure Time licence.

Adventure Time makes me feel old. It’s filled with crazy characters whose names I can never remember, humor that registers but doesn’t make me laugh, and everyone under the age of 20 seems to think it’s the best thing ever.

Dagnabbit, you kids and your weird cartoons with the wavy arms and the fat blue wizard that sounds like SpongeBob SquarePants. 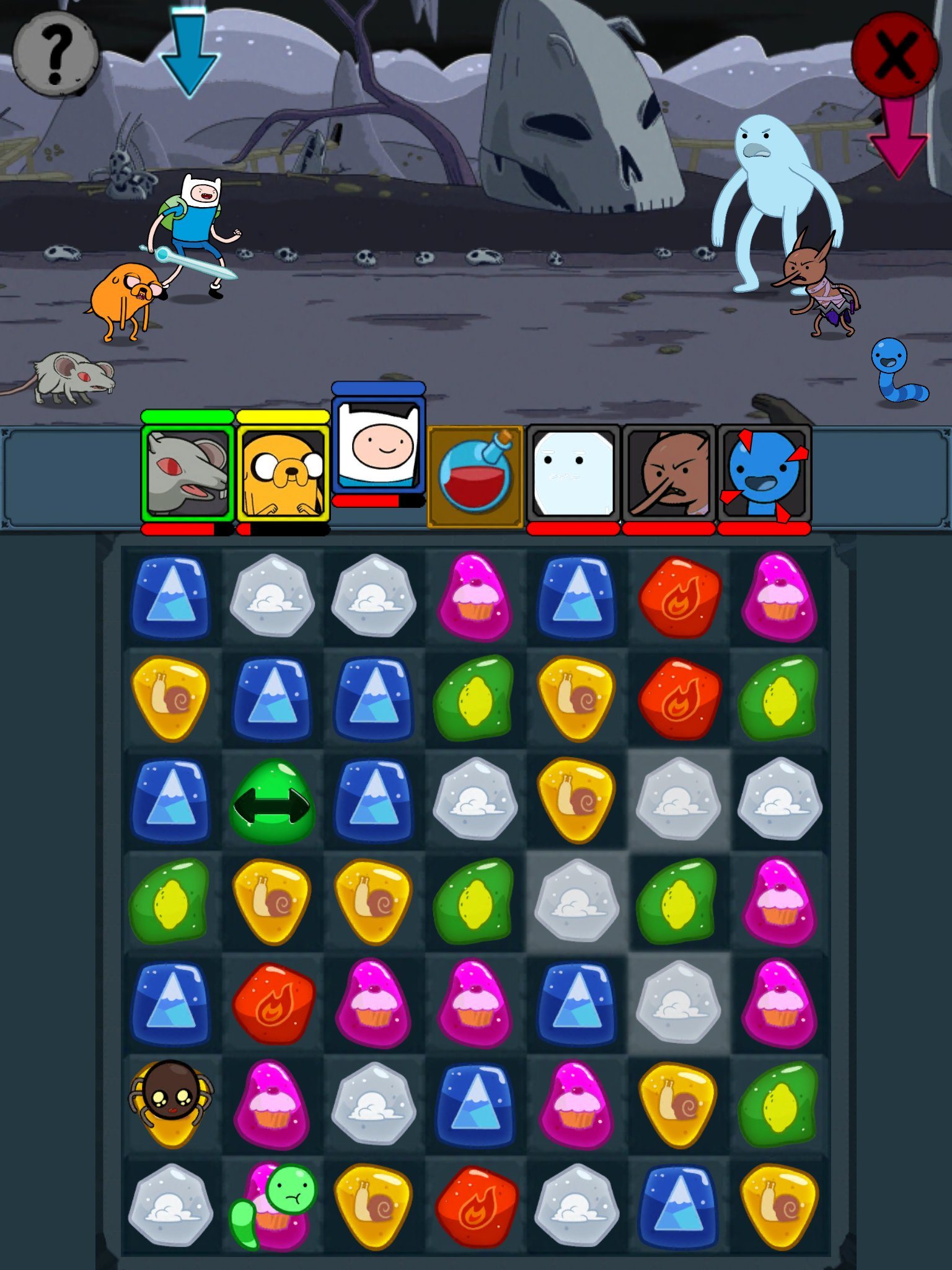 These tasks, as anyone familiar with Marvel Puzzle Quest knows, are accomplished through combat controlled via tile-matching. Matching specific tiles triggers attacks while simultaneously powering up a particular character’s useful special abilities.

Players start out with Adventure Time stars Jake and Finn and eventually put together a motley crew of characters all plucked right from the episodes of the television show. As each level is  completed, players are rewarded with items that they can use to enhance their acquired team members, or recruit new ones entirely.

The quests themselves are strung together with story-lines that feature the iconic Adventure Time characters. To further add personality into the game, each character’s attacks are quite silly, as if borrowed directly from the show. For example, Finn will leap at an enemy and slap the foe with a flurry of strikes from his spaghetti-like arms. One of my favorite attack animations involved Jake morphing into a toilet shape, launching into the air, and landing heavily onto an opponent. It’s all silly nonsense, but it does maintain the show’s sense of humor.

What I didn’t find so humorous was a glaring bug that caused the game to lock up, forcing me to completely restart it. The bug happened whenever my board would fill up and there would be no matches remaining. The board would shuffle around a bit, and then fade out, presumably to allow something to load in, but nothing ever did. This was particularly frustrating as it forced me to replay the levels that the game froze on.

Combat in Adventure Time: Puzzle Quest is a pretty slow process. Even stronger attacks where multiple strings of blocks match up, will only deal a small chunk of damage to an enemy. Because of this and the fact that board lock-ups only happened towards the end of a level (because I had shuffled through the preexisting matches by then), having to restart a level was a very frustrating experience.

Adventure Time: Puzzle Quest is one of those games where you know how it’ll play out just by looking at the screenshots. Your enjoyment of the game only depends on two factors: how much you like match-3 games, and how much you like Adventure Time. For me, “kind of” applies to both. While the game managed to get me a little more interested in Adventure Time, the reoccurring crashes served to spoil that mood very quickly.