Adventure Time Game Wizard Review: Most of Both Worlds 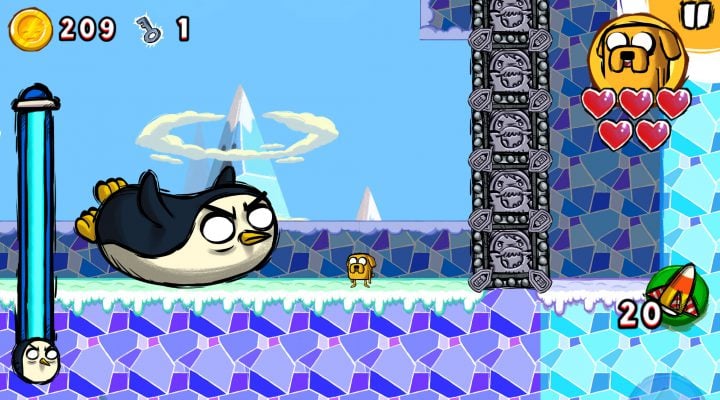 Platforming action with the real vocies from Adventure Time.

The characters you love from the animated series, and all of them have their uses.

Pixel Press power allows you to create your own levels, even if you can't draw.

Some bugs and glitches, even in the levels you don't make on your own.

Create mode difficult to use to design a level from scratch until you get the hang of it.

If some sketchy (in both senses of the term) wizard suddenly appeared and said you could play an Adventure Time platformer on your iOS or Android device and design your own levels, would you take him up on it or kick him in the patoot like Finn? Adventure Time Game Wizard allows you to do both, and while its not best in class as an adventure game or as a game-builder, the combination of the two turns out to be pretty darn cool.

There’s some metafiction involved in the game’s story, as the animated intro — which looks and sounds just like an episode of Adventure Time — have Finn and Jake find a magic book and a “crazy pencil.” Drawing themselves into the book brings the tiny sketch versions of themselves to life, but there’s a doodle wizard in there making life difficult for our heroes. You then end up playing what amounts to the game within the game.

What follows is a platformer that seems simple but has a pleasant amount of depth. As you travel to various locations in the Land of Ooo, you collect coins, battle enemies and do a lot of jumping, climbing and other platformery things (yes, I just made up my own word). There’s a large amount of doubling back and the occasional time where you can’t figure out where you’re supposed to go, but you’ll eventually stumble onto boss fights and get enough dialogue from the whole crew to point you in the right direction. 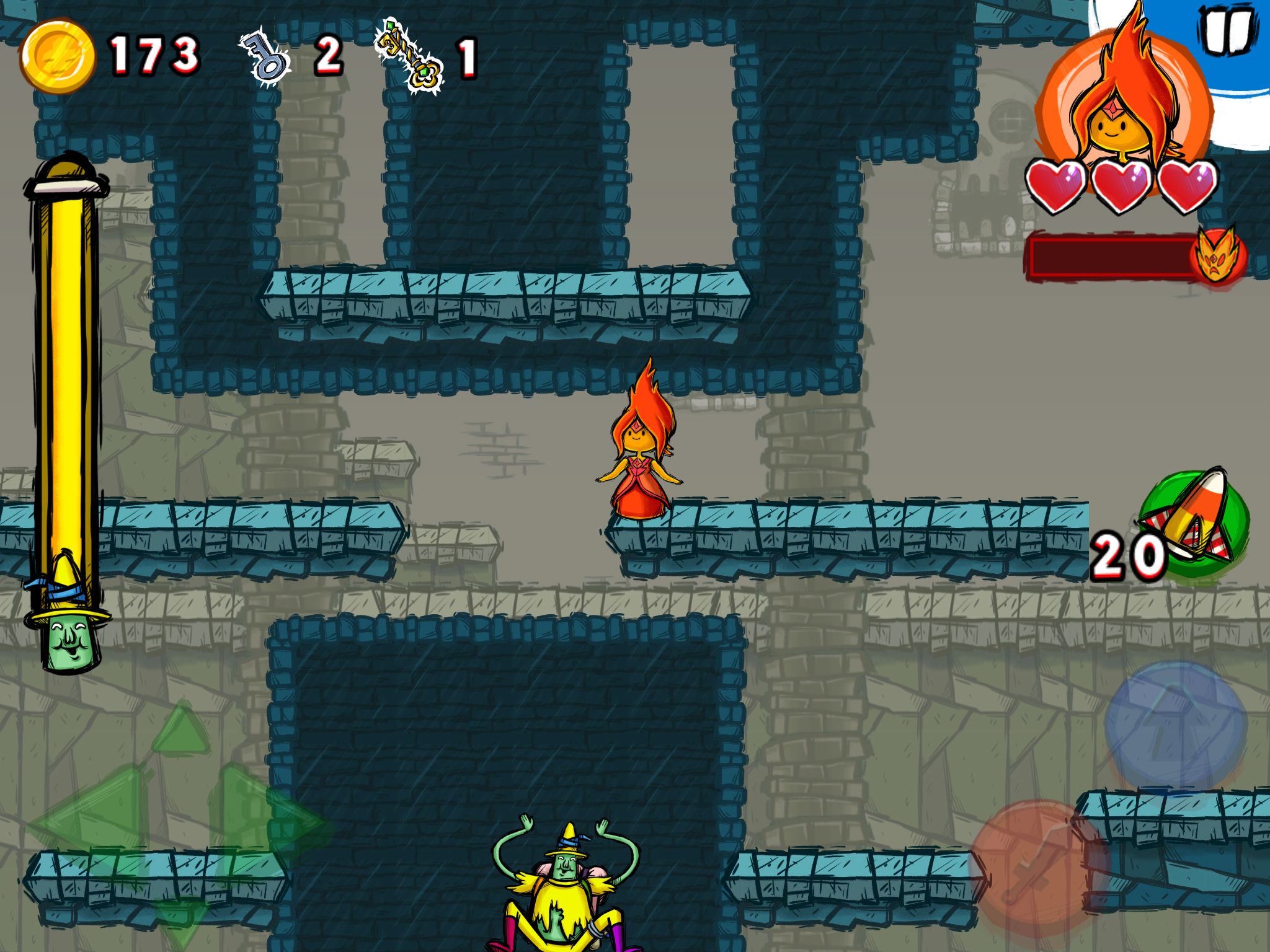 Regularly placed checkpoints allow you to power up your characters and unlock others, all of whom prove useful. Jake can scale walls by sticking and jumping to them, BMO can fit into tight spaces and spot secret passages, and Flame Princess is extremely helpful thanks to her immunity to lava that kills the others instantly. And you can switch characters instantly with just a tap or two.

The controls are simple but fairly responsive; nothing here needs to be too complicated. There are some weird bugs in places, including one spot in the Candy Kingdom where you end up falling into the terrain and wandering around for a way out, and occasionally characters get stuck in the scenery, but nothing so bad that it ruins the fun. 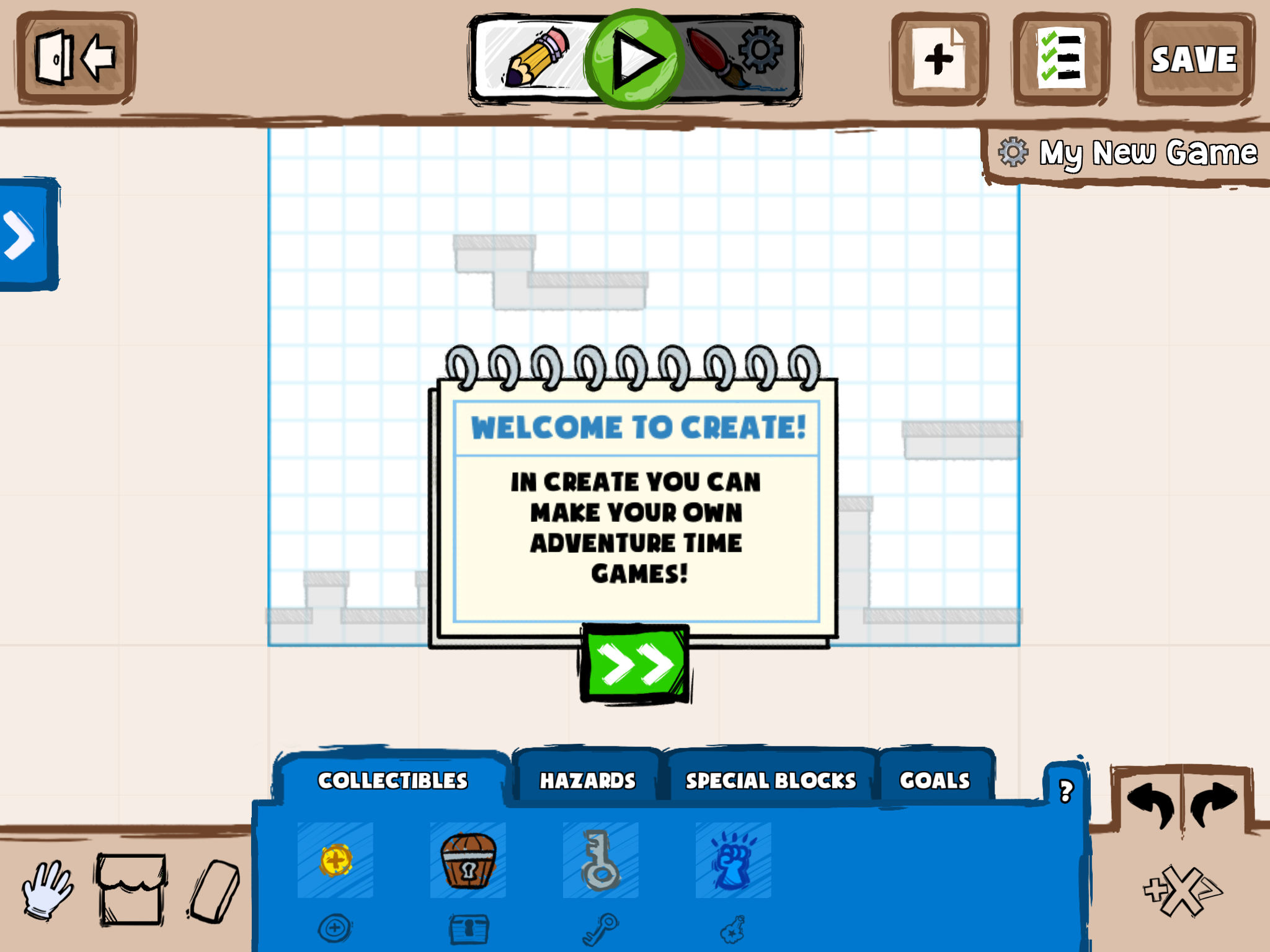 On its own, that might not be enough to keep you hooked, but the Create mode is almost like getting a whole second game. Powered by Pixel Press, which you might remember from its successful Kickstarter campaign, the game designer allows you to draw your own levels using a library of symbols that can be read by the game if you jot them onto graph paper and take a picture of it with your device’s camera. Ah, but what if you’re like me and have no artistic talent?

Well then good news, because Adventure Time Game Wizard gives you the option of using your finger to “draw” terrain and blocks and tap to place loot, obstacles and enemies. You can place starting and ending points, doors that warp you to other locations and generally do more complicated things than you might first expect. It’s just a little hard to get started; the tutorial guides you through a sample level, but beginning from a blank sheet of virtual graph paper was a little perplexing at first. 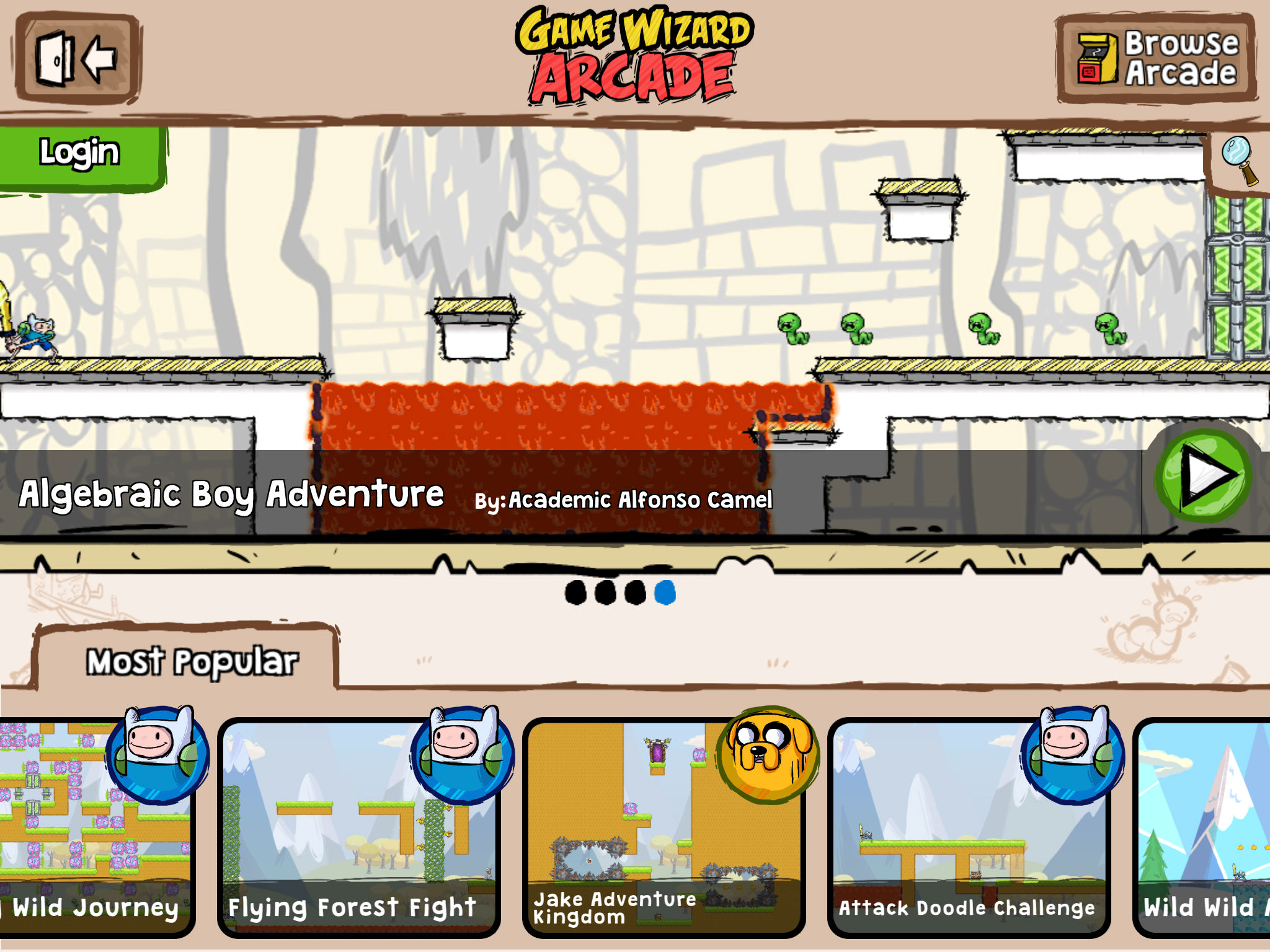 In the Arcade, you can find games designed by other players, as well as sharing your own if you’re so inclined. It’s incorrect to say you’re only limited by your imagination, but what people do within the constraints of the designer is nonetheless very impressive.

I’m aware that my boss Jim Squires was unimpressed with Pixel Press on its own, but maybe it just needed the right IP to serve as its muse. Cartoon Network and Grumpyface made a good call here, helping to put together a game and a design tool that go together like Fiona and Cake. Maybe they’ll show up in an update …