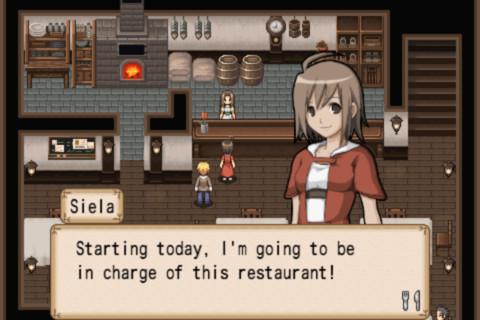 Adventure Bar Story feels like it should be five-star cuisine, but it’s more like a blue plate special

A lot of North American gamers were pretty disappointed when it was revealed that Adventure Bar of Wonderland Portable wasn’t going to get a PlayStation Store release outside of Japan. Pretty much out of nowhere, though, the game was announced for iOS, under the new title of Adventure Bar Story. Even though the game’s got a lot of people interested in its combination of RPG and restaurant management gameplay, the iOS port never quite comes together to create a truly great experience.

Adventure Bar Story revolves around two sisters, Siela and Kamerina, who own and run a restaurant that’s been struggling for a while. Basically, Kamerina can’t really cook to save her life, but when a sinister dude shows up in town and tries to buy out the business, something has to be done. Siela takes over the cooking duties and leaves Kamerina to run the front end of the place. From here, it’s up to you to bring the restaurant back from the edge of failure and turn it into everyone’s favorite place to eat in the kingdom. The story is certainly fun to follow, but it’s incredibly slow-paced.

Everything here will feel instantly familiar to anyone who’s played a top-down RPG in the past. It features retro graphics combined, sprawling environments to run around, and high-end character portraits to further the game’s cutscenes. On the iPhone, it looks good, but things are pretty pixellated on the iPad.

The gameplay is broken into two distinct parts. First, there’s the restaurant management sim, where you follow recipes (or experiment and try to create original concoctions) and then eat/sell the food you prepare. Leveling up in the game comes from eating the meals you prepare, and meals can also impart bonuses to the characters who eat them, so you have to figure out how to balance what you want to eat and what you want to sell (which is necessary in order to buy new ingredients and gear).

Acquiring ingredients can be done a few different ways: You can either buy stuff at the town’s general store, you can go farming, or you can wander into the wilderness and go through a dungeon crawl. The last is pretty interesting: You choose areas on the world map to explore, and run around a mutli-screen map —much like you would in other handheld RPGS like, say, the Pokemon games- in order to pick up the ingredients and recipes that are scattered all over the place. While you scurry about, random encounters pop up and you’ll find yourself fighting the local wildlife/monsters. Once you get back to town, you can sell any excess ingredients to the store and put your profits towards more useful things. 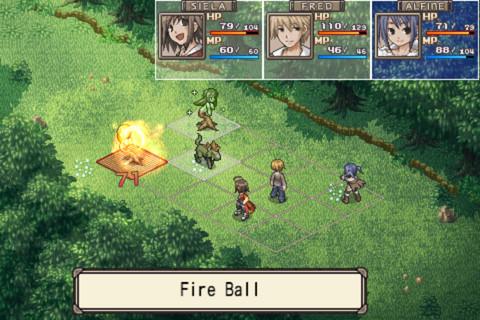 Thankfully, the combat here is really solid. Battles are turn-based, and your party members all have different abilities/attacks/equipment to bust out. What’s weird, though, is that you don’t earn experience during your dungeon crawls — instead, you earn “battle points,” which eventually unlock new talents to use while your roam the countryside.

Cooking, meanwhile, is very simple. You walk up to your restaurant’s oven, press the “OK” button, and start combining ingredients with the cooking method you want to use. Once you’ve crafted all the food you want, you can open the shop and sell the dishes. After that, the whole process of gathering ingredients and preparing food begins all over again. 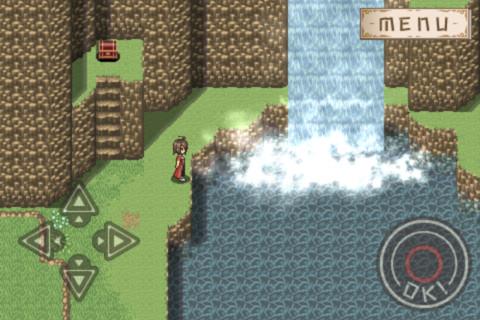 At first, this all feels pretty fun, but the game makes a point of dragging its heels. You’ll never find/learn an entire recipe all at once. Instead, you receive a few hints at a time, so you’ll need to spend some time grinding through the same maps over and over (and over, and over, and over) again in order to learn just what’s needed to create that pizza or apple pie you’ve been dreaming of. Of course, there’s an option to speed things up by using real money to buy in-game jewels and then spending them on unlocking recipes. If you’re willing to buy some jewels, it’s easier to enjoy the game, but trying to play through without them gets old quick; unfortunately, the already slow plotline starts to feel like its pace has been crippled.

Adventure Bar Story feels like it should be great. Between enjoyable combat and the simple restaurant management, all the ingredients for something special seem to be in place. Unfortunately, things don’t really rise like they should thanks to the gameplay’s glacial narrative and repetitive grinding. It’s still alright, but the game isn’t nearly as good as delectable as it could have been.