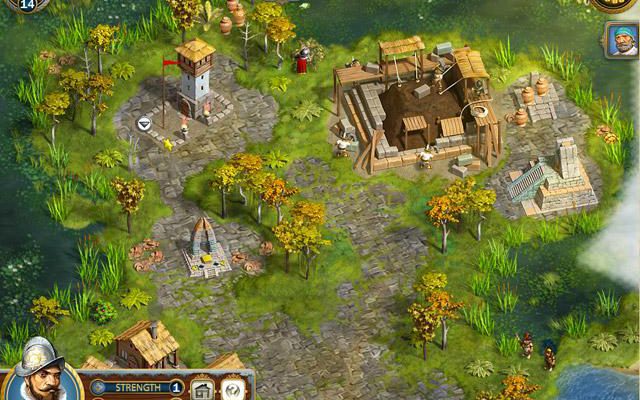 For the Spanish Crown!

In the summer of 2012, we dove into the world of Adelantado Trilogy: Book One, and found that the game’s complexity was only really marred by its overly lengthy levels. Now the second book in the trilogy is available to complete, as Adelantado Trilogy: Book Two has been unleashed on gamers everywhere. The game still contains the incredibly long levels, but there are some interesting tweaks that make this experience top its predecessor.

Adelantado Trilogy: Book Two expects you to have played the first game, as it throws you straight into another round of ten lengthy story levels with almost no story whatsoever to go on. Even players that are familiar with the first game might feel a bit shaken up or confused at first – the storyline is that poorly represented. Don Diego and crew are still on the hunt for survivors from a previous (and lost) Spanish expedition, and Diego is still also concerned with claiming as much gold as possible for the crown back home. The twist now is that some of Diego’s existing workers are tired with the search and are threatening mutiny. 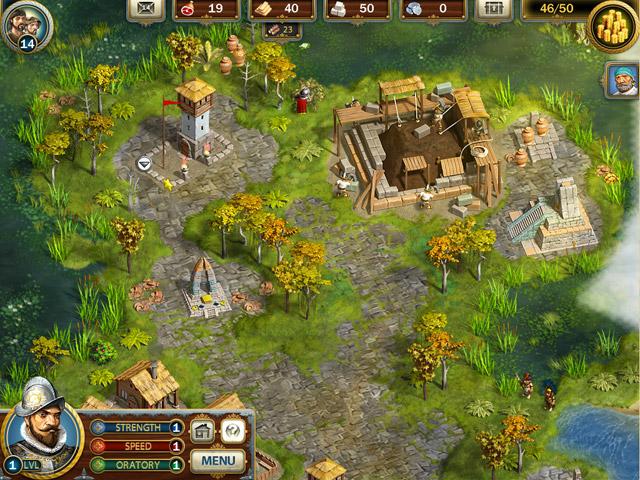 The levels in Book Two play in much the same way as they did in the first game, asking you to balance the use of a variety of resources, like food, wood, stone and coins (both gold and silver). On top of simple farmhands and lumberjacks, your workers can be assigned to secondary jobs within a single material’s chain. Food workers, for instance, can plant crops or catch fish, which can then be turned into actual food units. Thankfully, the game’s workers are just as intelligent as they were in the first game, allowing them to complete all tasks automatically as soon as a building is constructed.

Building efficiency returns in this installment, making some buildings useless after long periods of time (since levels can still last upwards of 30 minutes, this is a real issue). Here, though, you can now actually spend some resources to instantly renew a building’s efficiency, without being forced to demolish the old building and replace it with a new one. This saves a bit of time in the long run, but more importantly, it saves land space that can be filled with a variety of new structures.

Since your workers are fairly autonomous, you’ll spend your time manually controlling Don Diego, who can break barrels, open chests, collect food and gold that’s scattered around the map, clear bushes and so on. Gems will increase his speech level with the natives, who tend to come with fetch quests that unlock new areas. Power-up totems and shrines, which used to only effect Diego himself, now spread to the whole crew, so ones that increase movement speed will suddenly see your workers zipping around the map much faster than normal for a limited time. You can even build a Cobbler’s shop that instantly boosts walking speed for that particular level. 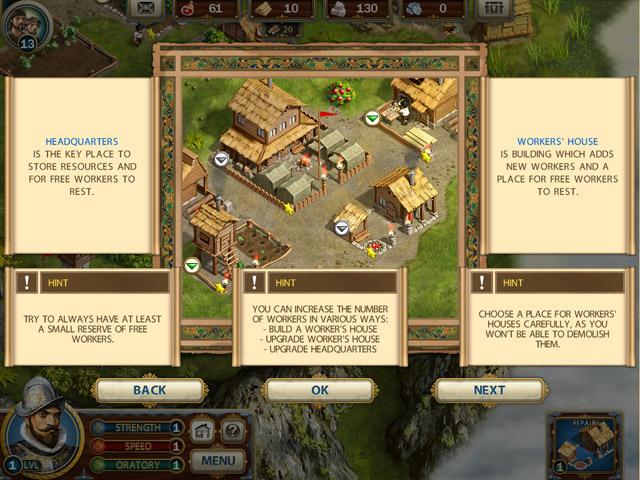 While the setup behind Adelantado Trilogy: Book Two continues to sound simple in writing, it’s an incredibly complex (but really fun) time management experience that requires lots of strategy if you want to complete each stage before time runs out. You’re not left with just a template of standard buildings, but can construct new ones to produce or convert materials on the fly. Build the wrong building in the wrong order and you’ll waste valuable time and resources. On the other hand, if you find the right balance from the very beginning, you’ll have a much easier time of things. It’s a satisfying setup that rewards forethought and true strategy, and it continues to make Adelantado one of the strongest franchises in the genre. If only the storyline were better executed, and the levels broken into smaller, more user-friendly chunks, this one could almost be perfect.