Adam’s Venture – Episode 1: The Search for the Lost Garden Review 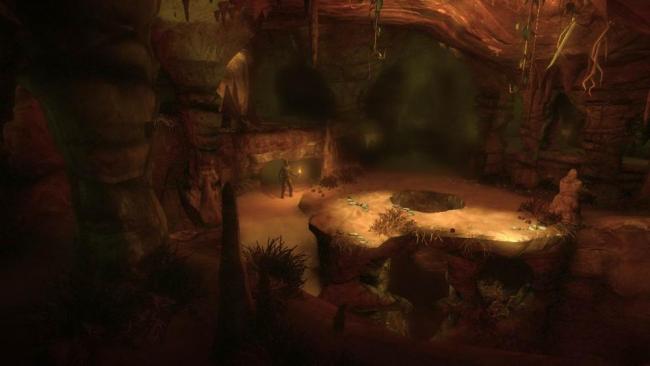 The Search for the Garden Lost Garden is the first episode in planned series of action/adventure games where British explorer Adam Venture and his team go looking for the real Garden of Eden from the biblical Book of Genesis. What that search ends up amounting to is wandering through a series of underground caverns and solving various head-scratching – and sometimes deadly – puzzles that were left behind to try to prevent humans from ever going back to Eden. As a first episode, The Search for the Lost Garden sets the scene nicely for what’s to come, but could have been stronger in its own right.

Adam’s Venture is a third-person 3D adventure controlled with the computer keyboard only (no mouse). While there are a few inventory-based puzzles here and there, the bulk of the gameplay is more action-oriented. Using the arrow keys to move Adam, and various other keys to perform actions like jumping and crouching, you’ll figure out how to navigate Adam through the often treacherous caverns by running between sliding axe traps, shimmying along overhanging rocks to cross chasms, crouching to access low-hanging passageways, jumping over obstacles, and so on.

Adam can occasionally be killed if things go wrong, such as if he gets too close to a ledge and falls off it. There’s no save system built into the game; rather, your progress is saved automatically at certain checkpoints that you can reload to if something unfortunate happens.

There are puzzles as well, the majority of which involve pressing buttons to open various doors and grates so that Adam can venture deeper into the caves, and deciphering word puzzles where you’re given three parts of a phrase that must be arranged in the correct order.

Adam’s Venture is very impressive in terms of production values. Graphics are 3D, detailed and smooth with wonderful lighting, sand and water effects – it’s just a bit of a shame that the setting itself (underground caves) isn’t all that colorful or interesting. The game is fully voiced as well, which really brings the characters to life. On the other hand, the lack of mouse (or videogame controller) support will probably throw some adventure gamers for a loop, especially since the keyboard controls can be finicky at times, especially when you’re trying to jump up to higher ledges. 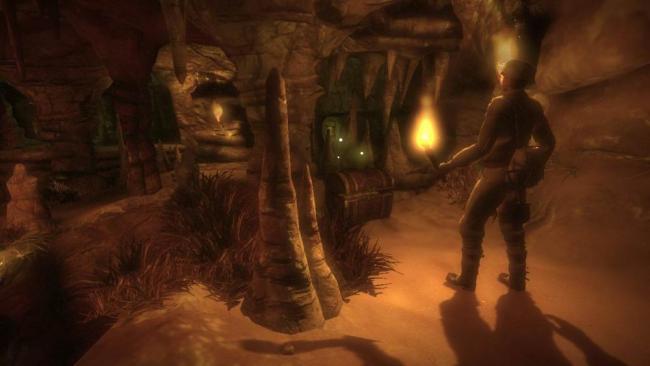 Hopefully Adam’s companions – Evelyn and the professor – get more to do in subsequent chapters, since we only got to see them for a few minutes at the beginning of this one. Let’s hope the setting changes up too, because we aren’t necessarily looking forward to spending the entire adventure slinking through underground caves – especially since it’s obvious that the developers have the graphical chops to pull off something really stunning if they felt like it.

Like many episodic game, The Search for the Lost Garden is on the short side, and doesn’t stand on its own particularly well, but as the start of the series we’re definitely intrigued enough to want to find out what happens next.