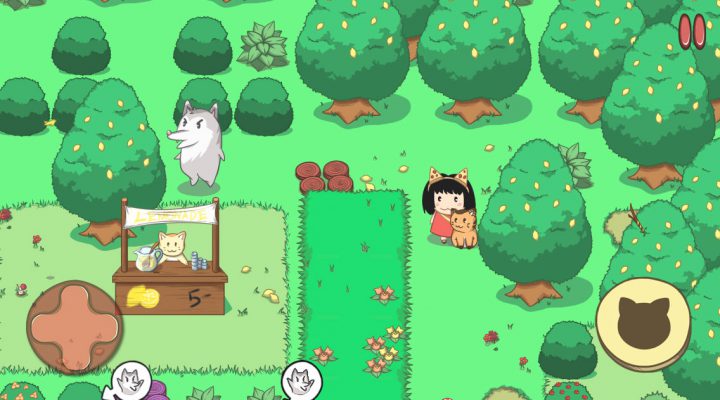 Game is fun when the controls don't get in the way.

Game's controls aren't as smooth as they need to be.

Hard to tell the wolves' line of sight.

Adaline is a game about stealth and cats. At first, this seems like a natural match-up. What animal or mineral is stealthier than cats? You never see them coming until they jump on top of you in the middle of the night and plop their butts down on your face (sometimes directly after using the litterbox).

But in Adaline, it’s not really the cats that creep around. Instead, the titular Adaline must get from Point A to Point B without becoming a wolf-snack. The cats help her, but only if she goes out of their way to approach them. That’s cats for you.

See, Adaline is a political science major, and she puts her degree to use the same way anyone else would: She opens up a pizza delivery service. Interestingly, she goes to work in the middle of the woods, but demand is demand. 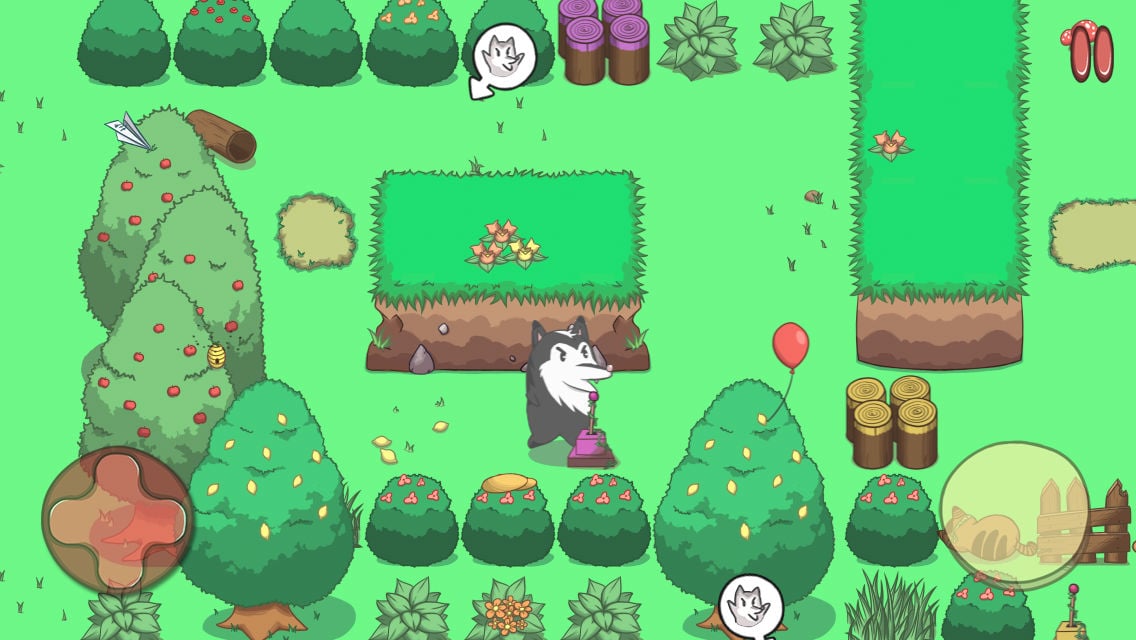 In fact, it’s not long before she gets a call for a pie with everything on it. Unbeknownst to her, but knownst to us, the caller is a wolf who’s interested in snacking on a human, not a pizza. What follows is a continued effort to escape the wolves and their cohorts across 40 levels.

As Adaline moves across the game’s levels, she must keep out of the wolves’ line of sight while she maneuvers around scrub, rocks, and animals that will sell her out to the wolves for a slice of pizza. She often needs to pull levers to lower gates in order to reach each level’s exit.

Thankfully, some friendly cats are on-hand to help Adaline on her way. There’s an orange tabby that can dart across the field and pull levers, a black cat that, er, expels gas (I own one of those), and a ninja cat that just straight-up kicks the wolves’ teeth in. Adaline can only use one cat at a time, so getting through a level isn’t just a matter of getting to the exit safely. It’s also about collecting the cats in the right order to assist her.

Adaline’s graphics and concept are pretty awesome. The graphics and characters are adorable, and there aren’t enough good things to say about a cat that attacks wolves. Alas, the game’s fun factor is hobbled by two things: Its controls, and the inability to pin down the wolves’ line of sight. 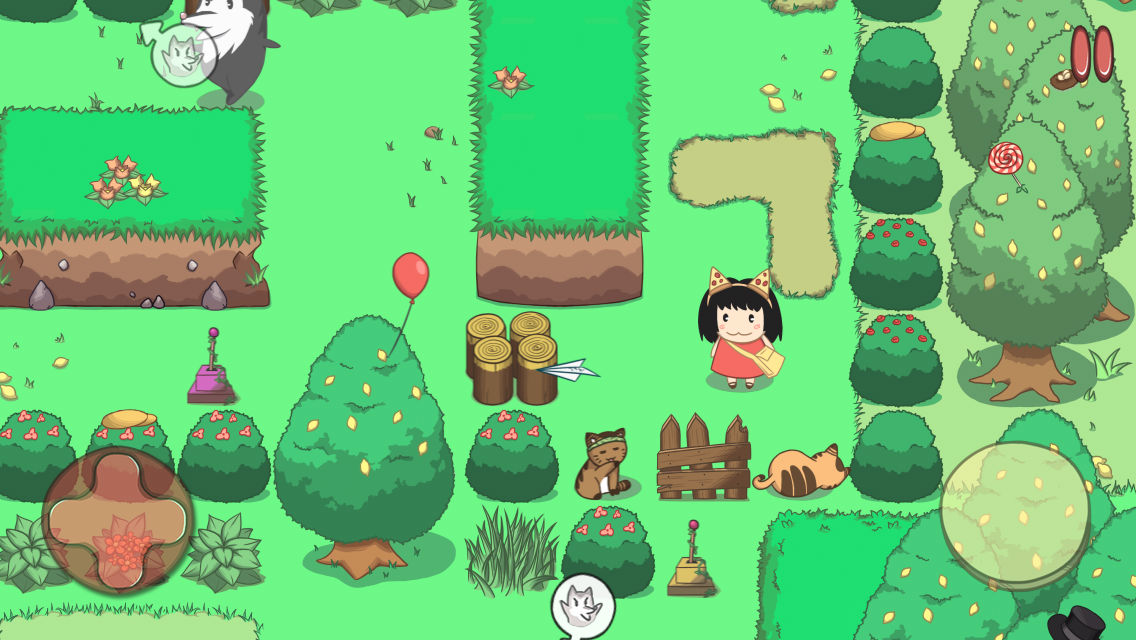 Adaline’s on-screen controls are slippery, which makes it far too easy to get caught up on a bush or a rock during a crucial moment. If a wolf spots you, it makes a beeline for your tender flesh. It’s possible to outrun a wolf, but pretty difficult.

To make things more frustrating, there’s no indication of when or where a wolf’s line of sight ends. You’ll swear you’re out of range, only to have a wolf suddenly charge you. You can try to get away, but again – it’s far easier said than done.

When you fail, the level starts over again. This alone can be frustrating – especially if you’ve carefully picked your way to the exit, only to get caught on a tree at the last possible second.

Adaline is lovable and squeezable, but it needs some tuning-up before it can be considered amongst the App Store’s greatest stealth titles. You might say this cat needs to be fixed.

WWE 2K Review: Just a Touch of the Big Time

Frontline Commando: WW2 Review – A Rank Above The Rest