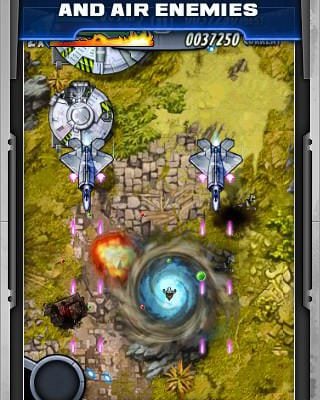 Act of Fury proves that the only proper, responsible, use of super powers is to cause as much property damage as possible

What would you do if you suddenly had electromagnetic super powers? Use them to become an insanely wealthy celebrity? How unoriginal. Become a superhero? Pass (that’s way too much work). Travel the globe and help developing nations thrive? Whatever. The correct answer, as demonstrated by Act of Fury: Kraine’s Revenge, is to seek revenge against those who created you and demolish everything in your path. Trust me, it’s a lot more fun than you’d expect.

In Act of Fury, you play as the titular Kraine, a man who spent the past few years as a lab rat in some sort of top-secret research facility. Though the experiments gifted him with tremendous powers, the methods weren’t terribly pleasant, and Kraine’s out for some revenge now that he’s escaped. However, “they” aren’t too happy about this, so Kraine finds himself on the receiving end of a lot of firepower as he flies towards vengeance. The story is actually a fun little tale about a man who starts to become a hero —and, honestly, I’m always grateful for a story of any sort in a game like this— though it’s never really explained why he doesn’t fly a less-direct route and just avoid all those pesky cannons and tanks.

The game is a vertical shooter, complete with some delightfully retro graphics, fast-paced music and plenty of Bullet Hell insanity. You have stationary and mobile ground units that shoot at you while you fly by, aircraft that strafe past, and some pretty epic boss battles. However, instead of being able to shoot your enemies from a distance, you have to get up close and personal in order to dish out the pain. This is because the magnetic field you control only extends so far; the nice thing, though, is that the field also prevents enemies from shooting at you while you’re attacking them.

It’s an unusual premise to take a vertical shooter and, essentially, remove the shooting aspect. But it’s one that works surprisingly well in this case, thanks in large part to how well Kraine himself handles, and how well the game’s mechanics are implemented.

To move Kraine, all you have to do is touch any part of the screen and The Hero Who Smolders With Generic Rage will move accordingly. There’s no touchpad or virtual joystick, and movement is as smooth as silk. Seriously, any developer who wants to learn how to implement solid controls should use this game as a case study. Additionally, you can pick up items from destroyed buildings that provide different kinds of bonuses. These bonuses are either passive (like debris that function as temporary shields and temporary invulnerability) or active (such as an ability to freeze time or nuke everything on the screen), though the latter have to be triggered manually. 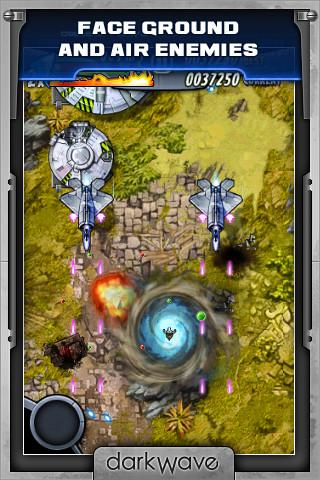 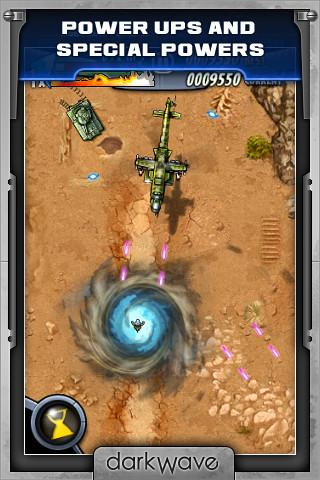 After you beat each level, you receive somewhere between one and three stars. These are used within the game’s store to access new abilities and powers like damage modifiers and health bonuses. The really neat thing about the store, though, is that you can deactivate powers and then spend those stars on other abilities. This is incredibly useful, since certain powers are more better in specific levels than in others.

For all it gets right, though, Act of Fury has two problems. First off, it’s not universal, so its graphics aren’t all that sharp when you play it on the iPad (though it sill looks pretty decent even when it’s enlarged to fit the screen). Second —and more important— the game has its difficulty level turned up to 11 about halfway through (though, admittedly, the optional “Hell Mode” is even tougher from the start). For some this will be a major turn-off, simply because things switch from challenging to insane with no real warning.

Overall, though, Act of Fury: Kraine’s Revenge proves that revenge doesn’t always have to be served cold. Sometimes, when vengeance is all sound and fury and hot-blooded madness, the results can still be a pretty tasty dish.