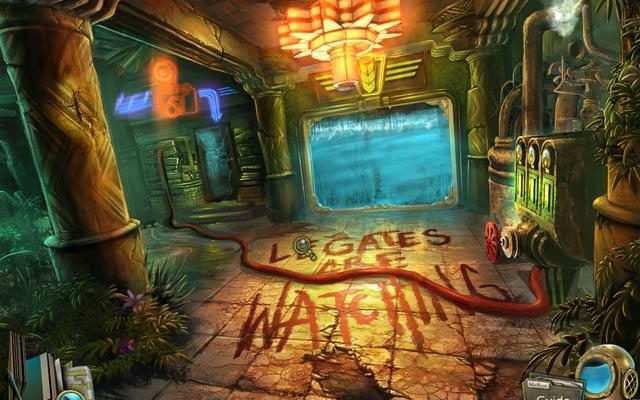 Spooky things are afoot in an abandoned city… but this time, it’s underwater!

Abyss: The Wraiths of Eden follows a young woman on a mission to save her lost boyfriend that went missing on a recent dive. Upon reaching his last known location, our heroine discovers the lost underwater city of Eden, which comes with art deco architecture and feels incredibly similar to the city of Rapture from Bioshock. Luckily, the design of Rapture is a beautiful piece of work to be inspired by, and so too is Eden a beautiful, creepy environment to explore.

Eden was formerly a living, sustainable environment, so this mostly abandoned world is immediately engaging, as remnants of a once peaceful life mix with rust, seawater puddles and debris. The city is now controlled by demons that wish to use our character’s boyfriend for dark purposes. Unfortunately, Abyss‘s length is lacking, but you will be able to spend 3-4 hours searching for both your boyfriend and an escape from this underwater city. 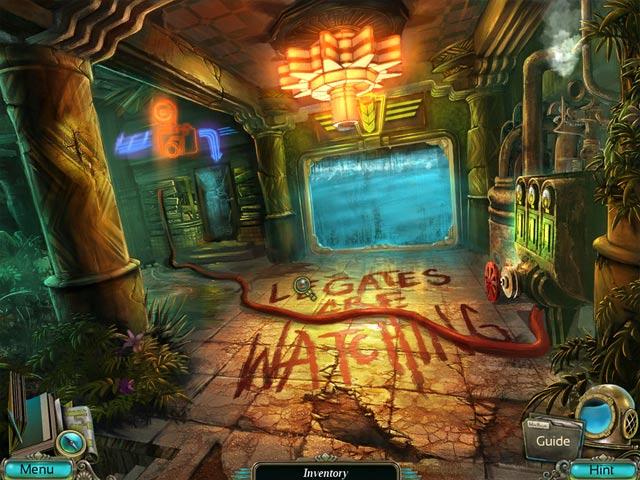 The gameplay setup in Abyss: The Wraiths of Eden is incredibly standard, mixing hidden object scenes with mini-games and puzzles. Most scenes contain text lists of required items, and hotspots that need to be manipulated by removing tarps from tables, opening drawers and other containers, etc. These scenes have decent graphics, with hidden objects that really stand out from the rest of the environment, making them easy to complete as a result. The occasional fragmented object scene is thrown in for variety, but these scenes never contain enough items to make them last a substantial amount of time.

As for the game’s puzzles, you’ll run into the expected varieties like jigsaw puzzles, tile rotation/sliding puzzles and so on. None of these are particularly difficult, but some are rather time consuming as you may need to manipulate quite a few items at once, with each impacting the action/placement of something else.

Each chapter in the Wraiths of Eden’s storyline is segmented nicely, introducing you to small sets of locations, limiting the amount of backtracking as you continue to play (but not eliminating it entirely). If you do happen to become lost the game’s map keeps track of both your location and currently available actions, but the lack of fast travel is odd to say the least, as the two should go hand in hand. 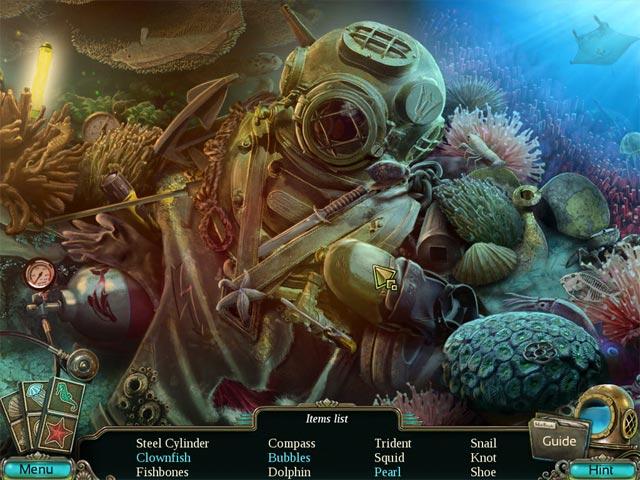 While the environments in Abyss: The Wraiths of Eden are dark and spooky, the game relies a bit too much on cheap scares as items fall or a demon will suddenly burst through a door. They may catch you the first one or two times, but after that, it becomes expected and feels forced. There’s no feeling of suspense here, which is disappointing, but the game’s storyline is still incredibly interesting and is worth seeing through to the finish.

It would have been nice to see additional gameplay variety added to Abyss: The Wraiths of Eden, so that the game didn’t have to rely so much on its storyline for longevity. Still, with beautiful environments, fully voiced cutscenes and multiple difficulty options, this is one experience that’s worth the price of admission, even if it won’t leave a lasting impression on many players. The game’s enjoyable while it lasts, and sometimes that’s all we really need.