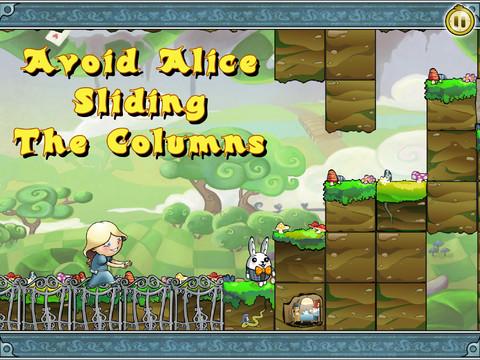 As public domain, Lewis Carroll’s Alice in Wonderland has been adapted many times. Over-the-top movies, theme park attractions, macabre games…we’ve just about seen it all. Despite their differences, however, there’s one thing all creative interpretations of the novel seem to have in common: Alice is the star. Enter A Wonderland Story: a puzzler which reminds us that they don’t call it the rabbit hole for nothing.

You’re late! Late for a very important date! No, not really you (although perhaps; I can’t be expected to be your babysitter, can I!?). The in-game you; the perennially tardy White Rabbit. Though it appears that on this go around the important date just might be with a police officer regarding a restraining order, because a particularly affectionate version of Alice is out to cuddle you, squeeze you, and keep you for herself.

The ensuing chase is part auto-running platformer, part puzzle. Or rather, the former wrapped inside the latter. Each of the game’s three massive levels is comprised of uneven ground and ceiling tiles split into hundreds of vertical columns. By shifting columns on the go, you’ll be able to keep Wonderland’s brave bunny on even footing, maintain the path forward, and even move from the top of the screen to the bottom Pac-Man style to make a quick save. As each stage progresses, you’ll encounter a variety of cartoony Carrollian threats such as pompous lizard aristocrats and darting rats, each of whom you can clear away by lining them up with another enemy match-3-style.

Very much unlike Wonderland, the core gameplay in A Wonderland Story is extremely simple to get used to. The constant movement of your character means that your focus is largely on shifting the landscape; quickly, a sense of pattern emerges. Here it’s important to note that I don’t mean patterns themselves, but rather the intangible feeling that you’ve seen certain series of shifts before; made the same narrow escapes. The result is an experience all at once governed by rules but containing none in particular, where you’re free to craft your own play style just as quickly as you are to change it. Where other games in this universe have all focused on tone and style, Alchemy Games have unexpectedly used puzzles to convey the experience of a place where nothing is as it seems. 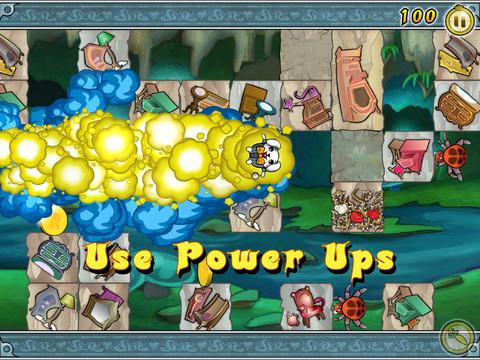 A principle that unfortunately applies to the game itself, in many ways. What begins as consistency and rhythm soon feels stale. About three quarters of the way through the first expansive level, “The Rabbit Hole,” no amount variety in my choices could stop things from feeling somewhat repetitive. Come the introductory checkpoints of the second stage, the game grows less entertaining as its big bet – that moving the ground around is fun enough – cracks under the weight of the truth: A Wonderland Story needs more meat on its bones. Personally, I think it would have gone a long way to split each of 10-section-long levels up into five “two-segment” mini-levels, implementing new types of blocks along the way. We’re teased with a flickering Cheshire Cat block that requires timing to make use of and get past, but a host of wonderful possibilities – blocks that speed you up for a limited time, blocks that you can move individually, blocks are bouncy – goes untapped.

Outside of variety, shorter levels could also have reduced a persistent sense of frustration and clunkiness that plagues A Wonderland Story. Though there may be ten ‘respawn’ points split throughout each level, it makes it no less frustrating to fall behind just before reaching another flag, knowing you’ll have to repeat the entirety of one leg of a much longer journey. And it’s exactly that – knowing you have a long journey to get from one level to the next – that compounds with the game’s repetition to make things truly feel like a slog after a while. And picky though it might sound, it doesn’t help that each level’s stable of enemies emit grating signature sound bytes that repeat ad infinitum, interrupting the serenity and whimsicality provided by the  spectacular soundtrack. 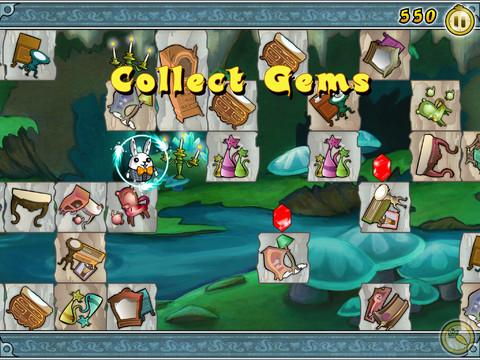 Lewis Carroll’s strength with Alice in Wonderland was weaving disparate, sometimes unbelievable threads into a cohesive whole; a story that you could get behind regardless of disbelief of any one individual element. Sadly, A Wonderland Story suffers from just the opposite affliction, planting the seeds of a compelling universe, but forgetting to water them. Die hard fans of the mythos may want to pick this up to tinker around with a clever take on a colorful world, but after a short amount of time, many others will feel like (Jabber) walking away.