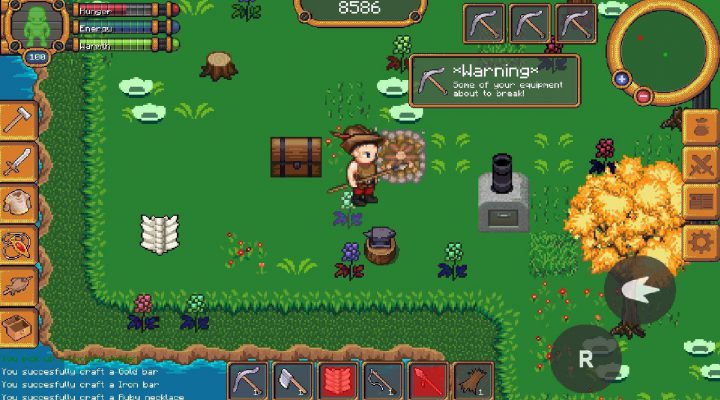 Developers seem to be working to improve the game.

Takes plenty of ideas from other games but implements them poorly.

The Great Pacific Garbage Patch is a conglomeration of millions of pieces of trash discarded into the Pacific Ocean that collected together over time to create a literal island of garbage. As my A Tale of Survival character stumbled upon yet another cluster of farm animals all glitched together in an indistinguishable mass, I found myself thinking about that big old patch of ocean garbage. A good rule of thumb to have is if anything ever makes you suddenly think of a massive island of floating garbage, you’re probably dealing with rubbish. After spending a few hours with A Tale of Survival, I can report to you that the game is in fact, rubbish. Inexpensive, and salvageable, but rubbish nonetheless. 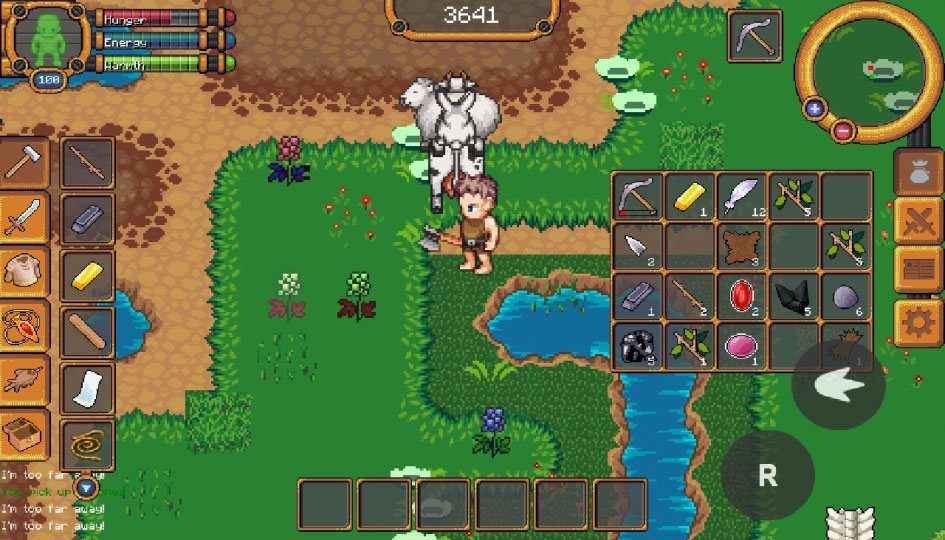 A Tale of Survival takes what works great in other games, manages to break those entertaining aspects, and then slaps a price tag on a clearly unfinished, let alone unstable, game. This isn’t an Early Access game (nor is it described as such anywhere on the game’s Google Play Store page, as of this writing), the developers simply say the game is “constantly being updated”, which that sounds more like a promise rather than a much-needed warning. One of my first impressions of the game, ironically, was a positive one. To control the character, players can touch anywhere on the screen and a directional pad pops up that they can then use to move the character around. This freed up space that a default, stuck-in-the-corner controller would normally take up. As easy to utilize as the controller was, actually getting the character to move through the world was a clumsy, sluggish ordeal. The character moves so slowly that I thought I was having frame rate issues. Apparently in A Tale of Survival, walking barefoot across open grass is akin to feeling like you’re wading knee-deep through mud. Random patches of terrain seemed to slow me down less than others, but then of course there were the piles of glitched-together animals and being anywhere around them actually did kill the framerate. Also, you move slower at night, because that makes sense. 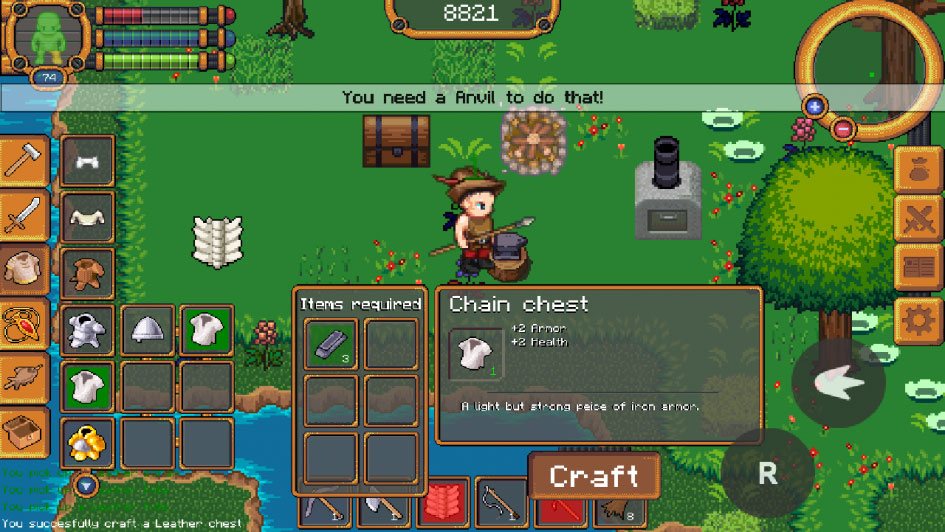 Standing close to a campfire at night negates that movement penalty, but the day/night cycle is so fast that by the time you get back to the camp, it’s already day, and by the time you get back to where you were, it’s already night again. It was just easier to accept the movement penalty and keep on exploring. Nighttime just became another item on my growing list of minor nuisances. Like most survival games, A Tale of Survival has a hunger meter that players will need to keep full or they will starve to death. The hunger meter depletes at an annoyingly fast pace. But by fishing you can easily stock up on an endless supply of fish. So the whole feeling of scavenging to survive is lost, and instead there just is the nagging necessity to stop what you’re doing once every two minutes and eat some fish before you die. The crafting options are standard, but because the buttons for closing windows and scrolling are so small, crafting was annoying…and broken. There were multiple times where I’d be standing next to a crafting hub, like an anvil, only for the game to tell me that I need, for example, an anvil to complete the task. Sometimes I would make an item only for it to just fall on the ground, when I had sufficient space in my bag. Sometimes I could not even pick the item back up. 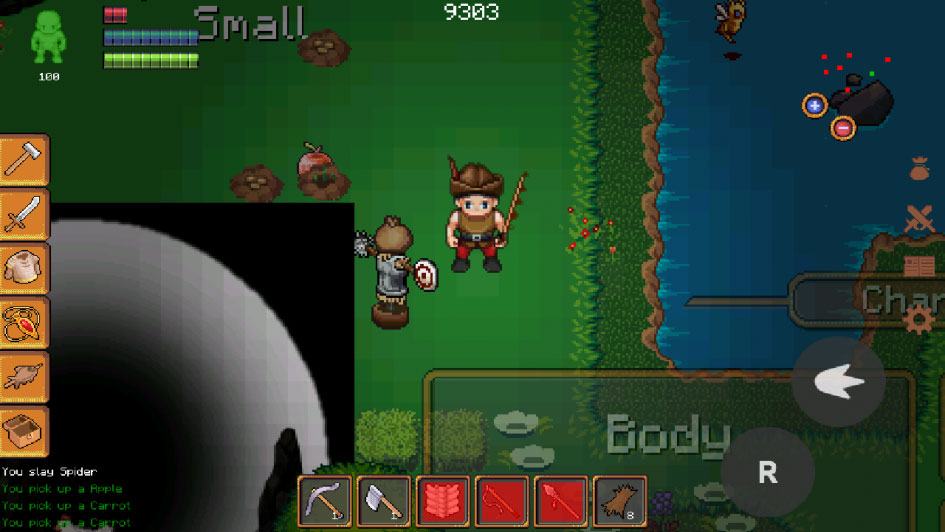 The icing on the rubbish cake is when you stumble upon parts of the game that are so broken you literally can’t get through them. I gave up keeping track of how many times I would encounter interface elements randomly plopped down in the middle of the game world. User-interface scraps laying about were just as common as the glitched animals. At one point I found an area that was some sort of weird, inverted-color block that looked like a placeholder for a logo, but it was huge and impassable. A Tale of Survival is plain and simply an unfinished game. To the developer’s credit, as I scanned through the reviews in the Google Play store to be sure my experience was not an anomaly, I saw that the developers themselves were responding politely and personally to most of the thoughtful and well-written reviews posted (even the negative ones). One such response revealed that A Tale of Survival has been updated fourteen times in the past month. Fourteen updates and the game is still in the state it is in? Maybe it’s time to throw in the towel.