A Monster Ate My Homework Review 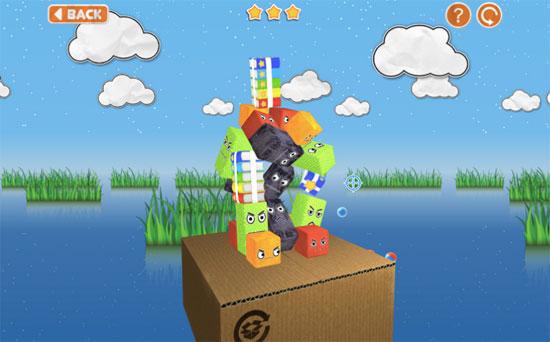 A Monster Ate My Homework boasts ingenious and addictive gameplay – for the right price.

If the best things in life are free, then that applies to A Monster Ate My Homework. The Mac, iPad, iPad Touch and iPhone game doesn’t cost a cent, yet it has some of the most addictively simple, ingenious gameplay we’ve seen so far this year.

The object is straightforward enough. There will be dour-faced, rectangular “monster” boxes positioned on a floating platform. You’ll have to shoot balls at them and knock ’em off. The catch? There are “homework” blocks of the same size, as well as in the shape of small apples, ever-so-strategically scattered about. Like certain first person shooters in which you avoid taking out civilian characters, who may be running around like a panicked beheaded chicken, you must be careful not to inadvertently send the homework blocks plummeting off the stage. Mess up three times, and it’s game over.

The best part about this game is that it’s good old-fashioned, easy-to-learn but tough-to-master, unadulterated fun. That’s really the secret to its, or any stellar game’s, success. It doesn’t try to be anything it’s not. No overly complicated rules or instructions, no tacked-on bells and whistles, no lame humor, no repetitive dialogue boxes, no contrived story.

You clear five groups of 60 levels each, with more groups to be eventually released. New obstacles with appear as you progress, such as bombs or inclined planes, which can work to your benefit or your detriment. Finally, you can rotate the camera 360 degrees around the stage, allowing you to carefully pinpoint where you want to pelt the monster blocks in order to send ’em falling.

This game does so many things right: it has precise mechanics, lots of replay value, it’s user-friendly, and it still has room for growth with the additional levels that’ll be released down the road. The only downside is that there’s no social aspect. Things like an online leaderboard or competing against your friends are features that have become increasingly de rigeur among games today, so some players may feel left wanting something in that department. But who’s to say the lack of social or online play is a bad thing? A fun game is a fun game, and honestly, it’ll be surprising if a social component is something you end up even wanting here, since the time-consuming, one-player fun can stand on its own. 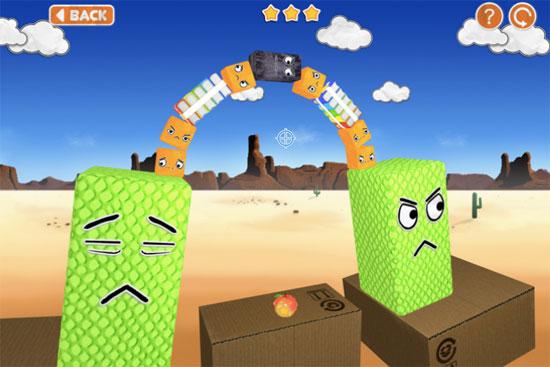 At the end of the day, this game has a lot going for it. No gimmicks here. Just addictive and intuitive gameplay. At a cost of zero dollars, A Monster Ate My Homework will likely leave you so impressed, you’ll feel guilty for not paying more.

LEGO Pirates of the Caribbean: The Video Game Review