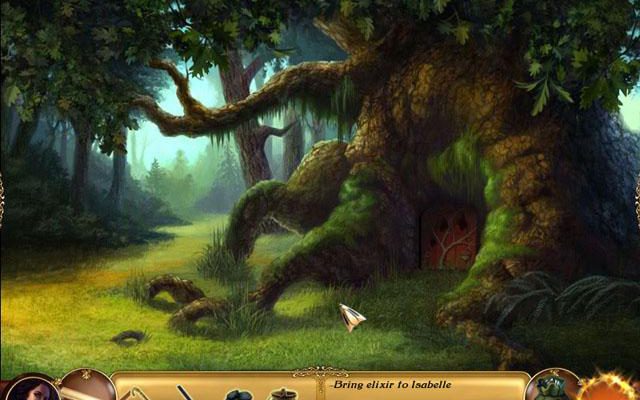 A beautifully told story of witches, maidens, and magic.

You are the title character in A Gypsy’s Tale: The Tower of Secrets, and have been hired by a monk to rescue a young woman from mysterious tower. The tower is surrounded by a maze filled with puzzles, obstacles, and all manner of unusual characters, but the monk urges you to hurry. Odd, though, he won’t tell you why this girl is so important – his reasoning is just one of the tower’s many secrets.

A Gypsy’s Tale is a blend of hidden object searches and classic adventure gaming. As you move through the maze around the tower, you’ll encounter many obstacles and challenges, most of which require the use of a specific item or combination of items. Many of the things you’ll need are lying around in plain sight, but before you can actually pick them up, you’ll have to find a number of other objects. When you click on the item you’d like to add to your inventory, a circle pops up, displaying the images of at least two other objects that you’ll have to find and bring to the circle before you’re able to grab the inventory item. The items you need to find are always located in the immediate area and are usually well concealed within the beautiful artwork. 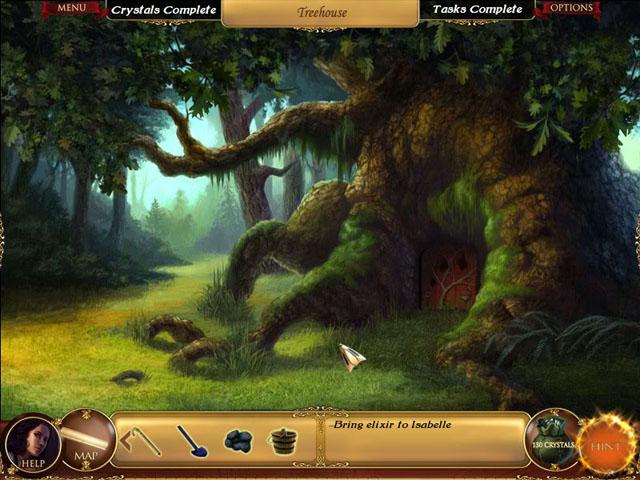 Each location also contains a certain number of crystals, which you’ll want to find not only because locating them all rewards you with a map piece, but because crystals are used as currency in the game. Map pieces allow you to move from location to location with just one click – a feature you will very much appreciate later in the game, as you open up more of the maze and backtracking becomes more laborious. You’ll eventually come across a general store selling various helpful goodies, but you won’t be able to purchase them unless you’ve got the requisite shinies, so keep your eyes peeled.

In addition to the item searches and the inventory-based challenges, you’ll also have a smattering of lovely puzzles to test your brain power. Even the simplest of these have a serene and ethereal nature that fits perfectly with A Gypsy’s Tale‘s otherworldly aesthetic, and they’re all very satisfying to solve. My particular favorite puzzles are the ones that provided mere hints at how to solve them, such as one in the Queen’s garden, a resounding declaration that a brain-teaser need not be overly complicated to be intriguing.

Although the story of A Gypsy’s Tale isn’t that unique – overcome obstacles to rescue person X – the maze itself is home to some truly unusual characters and settings. You’ll meet a goblin, a gnome, deer, squirrels, machines that control the weather, a magical painting, a swan princess, and a gazebo of wonders. It’s a wonderful and bizarre world that feels like an actual place, as opposed to just a collection of rooms strung together for the sake of creating gameplay. 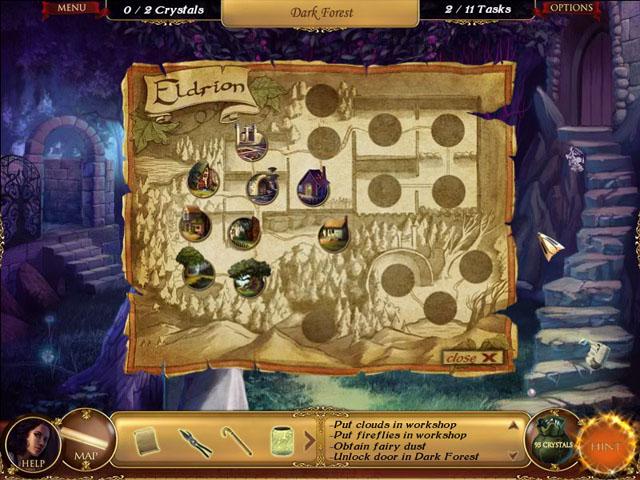 My one sole complaint about A Gypsy’s Tale is that at times it’s hard to tell exactly what you’re meant to do next. Your goals are always displayed in your task bar, but sometimes their solutions seem to come out of left field. You can usually stumble across the answer just by revisiting every room in the maze and clicking the hint button, but be prepared to feel confused a few times before reaching the game’s conclusion.

You’ll probably see the climax to A Gypsy’s Tale coming a mile away, but you’ll have had such an enjoyable time getting there that you’re not too likely to care. The finale sets the stage for a sequel, which I’m hoping comes along sooner rather than later.