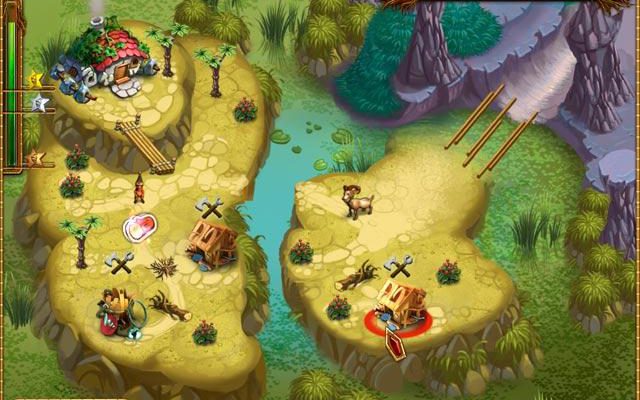 The underground world of the gnomes was once a vibrant, peaceful place. A great Crystal of Life shining down upon the civilization, bringing happiness to everyone in the area. But when an evil witch steals the crystal and destroys this once-beautiful world, you’ll be called in to help retrieve pieces of a magical wand that can defeat her, and return life to the area. So begins A Gnome’s Home: The Great Crystal Crusade. Epic, right? A little less epic? All the time management quests that follow. 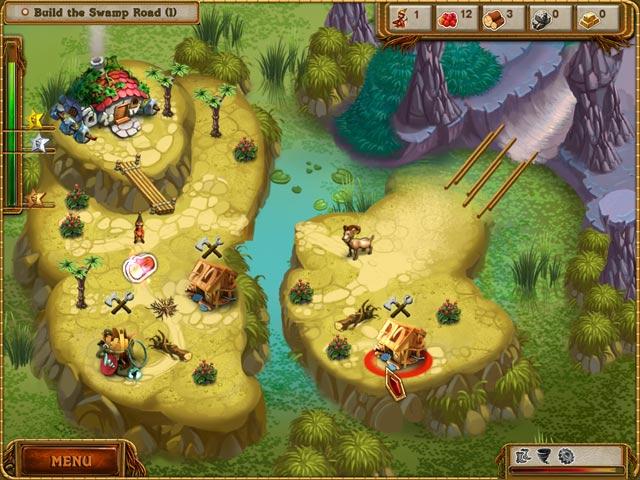 Putting it simply, A Gnome’ Home: The Great Crystal Crusade is far too similar to the many light strategy games like it that have been released this year (Monument Builders: Titanic, or Legends of Atlantis: Exodus, just to name a few). Like those that came before, A Gnome’s Home contains level-based play, as you’ll work to complete a series of two or three tasks in each stage, all revolving around resource and worker management. Starting to lose that epic feel, right? You’ll be given a limited number of resources and gnome workers to start each stage, and must then decide which actions to complete and in which order so that you can repair bridges, factories and dwellings, or simply collect enough resources to complete the level.

While there are dozens of levels to complete in all, there’s very little variety in the tasks you’ll be assigned to complete. Thankfully, you will move between different colorful, vibrant environments throughout the game. Hey, at least the wood and food resources become visually different! But ultimately, this is an experience that becomes a bit too

repetitive a bit too quickly. There are three difficulty levels to choose from, with two being timed, which certainly does add to the challenge, but by the time you’re on your 10th or 20th levl, being asked to simply “repair the bridge,” or “collect 20 food,” you’ll have become a master of your craft and the time limit becomes unnecessary. 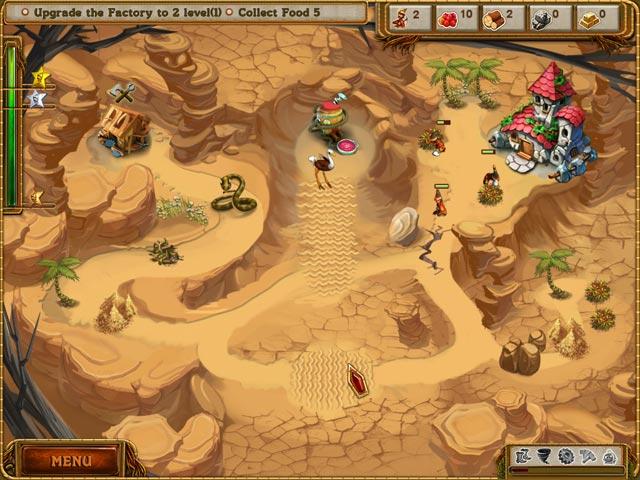 To that end, there are very few levels that are truly and satisfyingly tricky, as, unlike other games in the genre, each level in A Gnome’s Home contains so many excess resources that it’s unlikely you’ll back yourself into a corner. These instances do still exist, as you might need to build bridges in a specific order to access other resources, but it’s nothing a few seconds of concentration can’t avoid. Of course, there’s no “undo” button, so you’ll be forced to start over when these rare occurrences do pop up, meaning any “difficulty” ultimately amounts to design issues.

Ultimately, A Gnome’s Home: The Great Crystal Crusade is just too simple and “safe” for those diehard fans of strategy and time management games that are looking for a challenge, but on that same token, could be a great option for younger or beginner gamers. The cute, charming graphics and themed environments add color and life to a game that could otherwise become visually boring. In the world of time management games, the younger set could certainly do a lot worse than to call this one home for a short while.