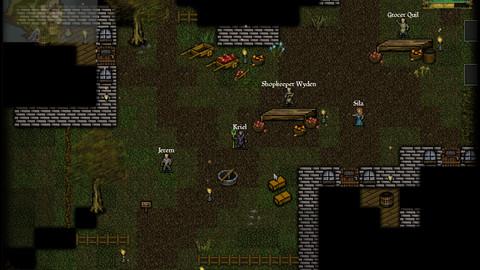 An unforgettable experience, since you’ll never stop playing it.

9th Dawn recalls an earlier era of CRPGs when Ultima and Wizardry were king.  Its open exploration, freeform questing, and massive amounts of treasures to discover combine to create one of the most ambitious adventures available on mobile devices today.  With classic gameplay balanced by modern updates, 9th Dawn is a sublime treat for both newcomers and nostalgic veterans of the genre.

Like many of its CRPG brethren, 9th Dawn begins relatively aimlessly, immediately highlighting the focus on player discovery and exploration, rather than linear progression.  Our hero is an untested adventurer who’s shown up just outside the city of Agaria, where he’s directed for equipment and advice if needed.  After this brief recommendation, you are free to head west to Agaria or completely ignore the guidance and set out toward any part of the massive island of Montelorne.  Both choices are bound to lead to dungeon exploration and adventure, although you will only receive quests—and progress the “main” plotline—by interacting with NPCs throughout the game’s three expansive continents.

This exploration takes place in a flat 2D perspective reminiscent of earlier Ultima titles, but with movement controlled directly by thumbsticks, rather than input commands.  Dungeons and towns utilize the same perspective, allowing for seamless exploration and combat everywhere, from the overworld to the underground.  Battles play out in real time, action adventure format: enemies can be avoided by walking around them, or encountered by approaching and attacking at will.  This allows for strategic approaches or strafing of enemies, as well as the potential to be overwhelmed by a mob of monsters that you’ve wandered into unwittingly.

When you choose to fight, you’ll be doing so as one of three classes selected at the game’s start: Knight, Archer, or Mage.  Each can equip armor and weapons, as well as utilize skills that are specific to its class.  The Knight is a tanky powerhouse that focuses on melee weapons such as swords and axes; the Archer is nimble and excels at long-ranged combat with bows, or can use daggers up close in a pinch; and the Mage focuses on casting spells from a distance, attacking with a staff, or even transforming into a dragon at higher levels.  Combat is one of the most rewarding aspects of 9th Dawn: battles are fast-paced with frequent loot drops, both long-distance and melee attacks are viable and a blast to use, and the leveling system is rewarding but not breakable.  Awarding Attribute points to stats like Strength or Dexterity requires you to focus your talents, while Skill points track usage of different weapons and spells and prevent equipping overpowered items before you’ve sufficiently grinded to their Skill level.

This combination of intuitive yet challenging features persists throughout 9th Dawn.  While active quests are noted in your Quest Log upon receipt, there are no quest markers or indicators to direct you to your next location.  Players need to follow map directions given by NPCs and actually search for both locations and items: the lost notes of a researcher within a swamp aren’t highlighted under a giant arrow; they’re retrieved only after slaying a random “bloated crocodile” you come across.  The only map in the game is a general world overview that contains town locations and topographic indicators; when you’re sent in search of a “cave to the northwest,” you’ll need to actually find the cave’s entrance—and remember it—for future reference. 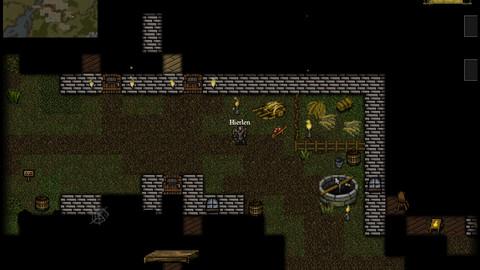 All of these less documented aspects of exploration are a welcome return to the player-controlled challenge of retro CRPGs, but they may potentially scare off newer players.  Luckily, most are balanced by modern considerations, such as settable respawn points that subtract only a small portion of EXP upon death, a hint system that offers extra details on quest solutions, and a teleport stone that allows fast travel between towns (albeit only once you’ve finished the main quest).  9th Dawn creates an almost perfect balance between retro difficulty and modern leniency that prevents micro-management, but allows for moments of genuine exploration.

My biggest gripe, then, are the details that feel forgotten in this obviously well-planned coalition of challenge and player enjoyment.  Equipment and inventory management is tedious at best, with item descriptions having to be viewed from a secondary menu and crucial details—like the Skill level required for a weapon—left out entirely.  The only way to compare equipment strength is by viewing every item’s second menu individually and remembering their stats, making unloading items at shops just as much of a headache.  This might seem like a minor detail, but your limitless inventory should be an indication of how frequently looting and offloading items comes into play in 9th Dawn.

Similarly, as an Archer main, I feel not every class has been given equal consideration.  Many enemies respawn so quickly that choosing to play as a stealthy sniper Archer is almost impossible in cramped dungeons; by the time you pick off a group of enemies, the room behind you will have respawned and begun attacking.  While on the one hand this could be argued as “Archers are just harder to play,” it feels more like a punishment for opting for one of the only two methods of attack an Archer is given, forcing us bow-lovers into frantic, close combat with our daggers in most dungeons. 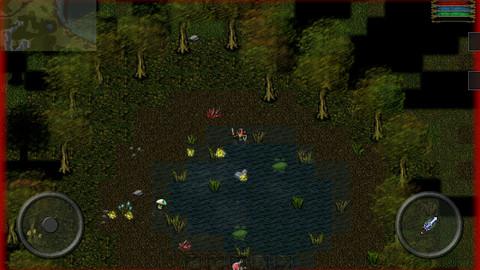 Of course, even as a mob of skeletons is tearing my Archer’s face off and I’m respawning next to a town of zombified villagers, I’m having a blast.  9th Dawn is not only an exceptional RPG from start to finish, but a shockingly detailed and expansive one for its launch platforms.  PC players will soon receive a remarkable addition to their system’s long line of CRPG history, and mobile players have been blessed with a game that could easily define the genre on handsets; the Ultima of its era.