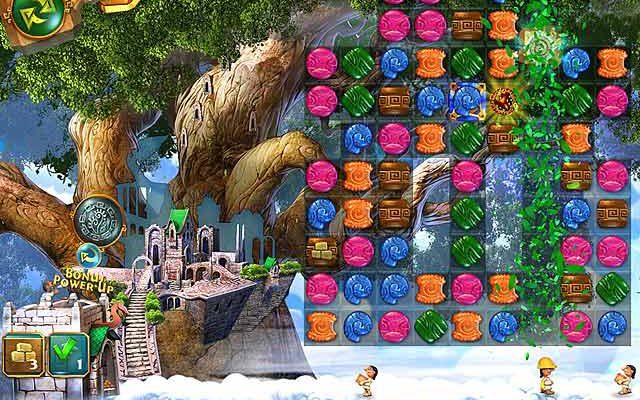 Same old match-3 gameplay is as addictive as ever

I’ve sincerely lost track as to how many match-3 games I’ve played over the years. It’s seriously a ton. In the lead-up to playing through7 Wonders: Magical Mystery Tour,my editor told me she had another match-3 game for me if I wasn’t sick of them yet. Honestly, I should be – but I’m actually quite the opposite. Sure, it’s a well-tread genre, but when match-3 games are done well they can be super compelling. Magical Mystery Tour is one of those games.

The story here is that you and your workers are helping to build different world wonders, and by lucky happenstance, the workers mine the materials needed to build said wonders by matching up items on a grid. But these items aren’t going to clear themselves, and the workers need your help if the wonders are going to get built.

Magical Mystery Tour plays out like a basic match-3 game. You’ll match up like-colored elements by clicking two to switch their places, and as the cleared ones disappear, new ones fall in to take their places. Matching three like-colored symbols makes them vanish, and matching four or five at a time will spawn a small power-up to help you clear out space. In addition you’ll also have access to more powerful power-ups as you build the wonders themselves. 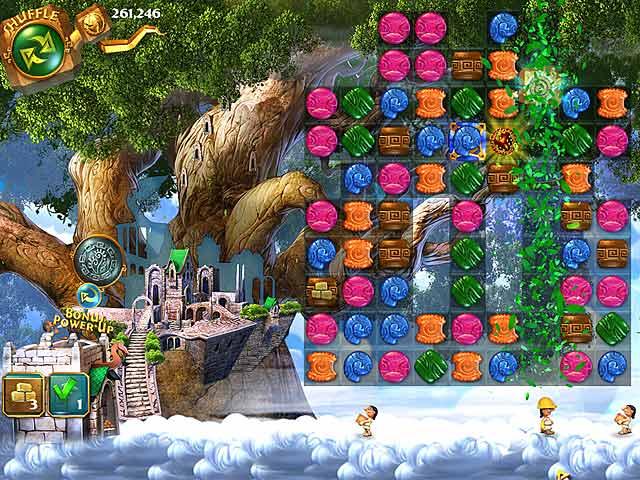 You’ll need to make at least one match on every square on the grid to move on to the next puzzle. Most of the different puzzles just give you points, but some of them provide resources – and that’s where the game gets a little more interesting.

As I said at the top of the review, you’re helping build these wonders around the world, and to do that you need materials. In addition to just clearing elements for score while playing match-3 you’ll sometimes see bricks and leaves as pieces to get cleared. You’ll want to make sure you get as many as you can. In between levels you’ll use those resources to build up the actual wonder, opening up power-ups and other bonuses, in addition to proceeding through the game.

On top of that there are always a few squares on the grid where you need to clear a specific color on them to trigger an effect. Doing this over and over each level will let you open up bonus levels that will add statues and gilded accents to your wonder for an even higher score. They’re not necessary but they do add something extra to try and keep track of. 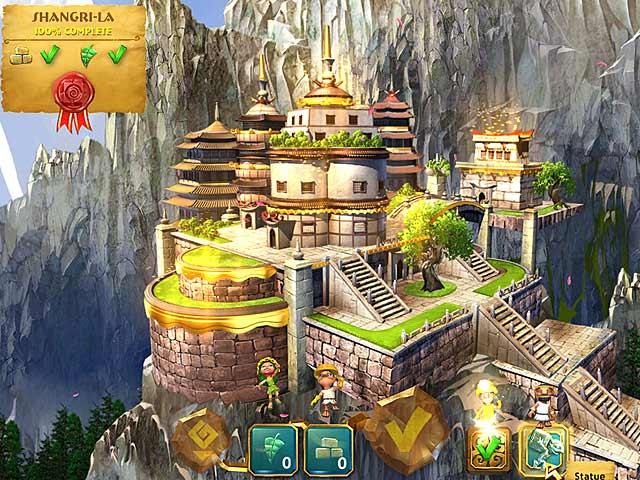 Here’s the rub: I can’t really find anything bad to say about7 Wonders: Magical Mystery Tour save for one thing. The game doesn’t really bring anything new to the table at all. It combines and incorporates concepts and standards of the match-3 genre very well and it’s infinitely addictive. I really can’t put my finger on why I keep getting drawn back into these games over and over and over, but here we are. Once again hours deep into a game that I feel like I’ve played a million times before, but still with a huge smile on my face. It almost defies explanation.