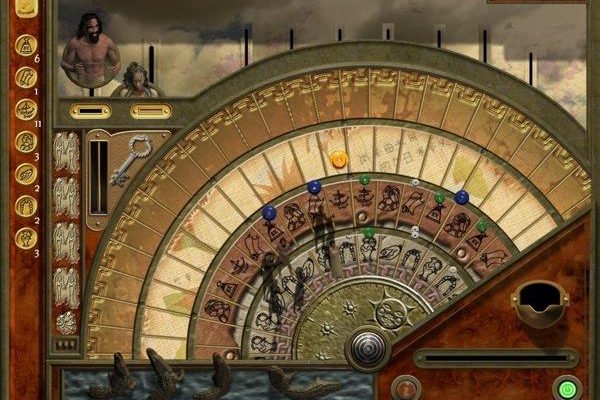 A simple, yet captivating game that really makes you think about family.

The circle of life; the wheel of time; the world goes ’round: they all apply to 7 Grand Steps, an absolutely fascinating strategy game that follows the long legacy of a single family over many generations and centuries, as it struggles to uplift itself from the humblest of beginnings to the upper echelons of power in the ancient world. More board game than video game, it’s a slow and thoughtful look at the cycle of life and the machinations of history – and it will very likely ensnare you for hours.

7 Grand Steps begins in the early days of the Copper Age with a single husband and wife: poor laborers who fall in love, have a family, and launch a long line of descendants on a remarkable journey through the ages. Figures representing the pair are placed on a great, slowly-turning wheel that’s divided radially into four segments (one for each caste of society), each of which is covered in glyph-like icons representing historically-appropriate knowledge or technology. They must expend resources to move ahead on the board and collect beads that are added to the family’s legend, increasing its power, wealth and status; but as those resources are expended, they must also sometimes step back to build them up again. At the end of each round, the wheel turns, bringing man and woman closer to the symbolic crocodiles of Poverty, Blunder, Inadequacy and Oblivion that await the unlucky or unfortunate.

The basics of the game are explained through a tutorial that will lead you through the lives of your family’s first generation, and a built-in guide offers much more detailed information and even some helpful strategies that might otherwise not be immediately obvious until you’ve learned things the hard way. But experimentation is okay too, and in fact it can be fun to figure things out on your own, if only because some outcomes can be surprising.

Children are a prime example of this. Each new generation must marry and produce offspring in order to maintain the bloodline, and should that fail to happen, the game will send you back to try your luck with one of the failed successor’s siblings – assuming there are any. Multiple children are therefore obviously a good idea, but kids are expensive and raising them “properly” can hinder the advancement of the current generation. And because the game takes place in the ancient era, children have a tendency to come into the world unexpectedly and not always at the best time, and your planned two offspring can very quickly double – or more – in number.

It mandates a certain pragmatism toward child-rearing, as you may find yourself forced to educate just one or two while putting the rest to work (symbolically) in the fields. But that can lead to trouble too, as envy and resentment can build, and siblings may even end up actively working against one another as adults. Happy brothers and sisters, on the other hand, will remain supportive throughout their lives, which can have a very positive impact on the family fortunes. 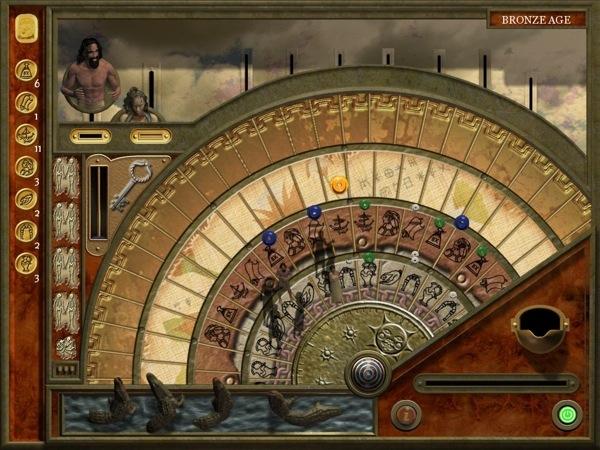 It becomes details like this that make 7 Grand Steps so rich and interesting. Do you marry for love or money? Will you put your mind to advancing your civilization with great new discoveries, or will you strive to achieve power by advancing your position within it? Will you resist corruption, tolerate it, or revel in it? What honorific will you choose as you ascend to the head of the family – and how will it guide you through your life? Every decision has an impact, and while there is a definite element of randomness to outcomes, the success or failure of your family line will ultimately rest on your shoulders.

For those who reach the ruling class, a secondary “sub-game” offers the opportunity to directly affect the course of civilization, accumulate power, and if you play your cards right, even become the first King. It’s a simple simulation that allows you to adjust taxes, crops, defenses, and other aspects of your city-state, and for those who don’t care about such things (although I can’t imagine why you wouldn’t if you’ve played long enough to reach that point), it’s entirely optional; the game will handle it in the background if you choose to ignore it.

After several hours of play – this is not a game you’re going to blow through on your lunch hour – you’ll be confronted with a “Challenge of the Age,” a transitional period between historical ages in which your family must meet and overcome a great, potentially world-changing trial. Advantages that will help you surpass the challenge can be earned by accomplishing goals prior to its arrival, and take my word for it when I tell you that being a member of the ruling caste is no guarantee that you won’t suffer an ignominious and disastrous downfall when the big moment arrives. 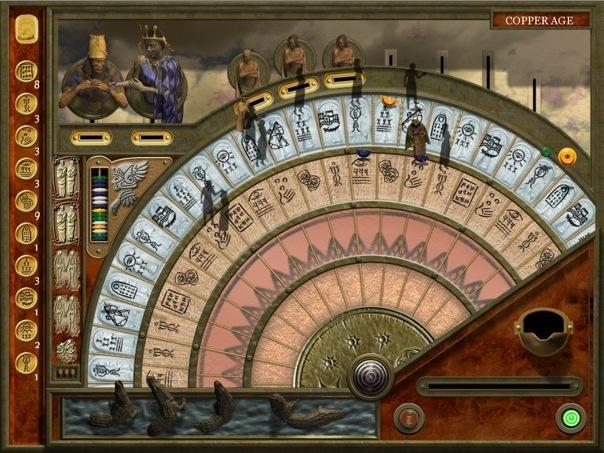 7 Grand Steps is the kind of game that needs to be played to be appreciated, and its relatively simple nature masks a surprising depth and complexity. It’s even educational in the best possible sense, because instead of trying to teach you something, it encourages you to think. It can also encourage you to forget: what time it is, how long you’ve been playing, and when you have to get up in the morning to get ready for work. One more turn, one more tale, one more generation; once you get started, you won’t want to stop.