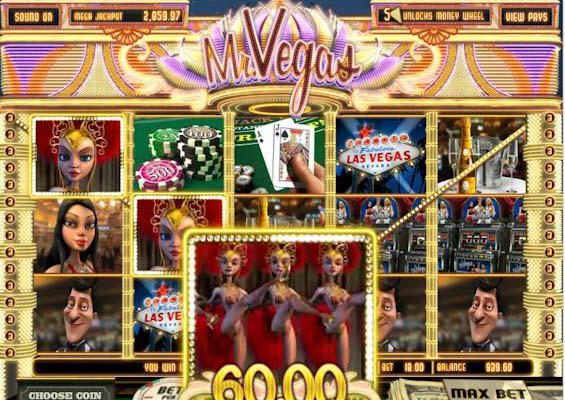 3D Slots makes playing slots fun, even if you’re not a fan

Playing slots is fun enough when you’re on the floor of a big name casino in Las Vegas, but I laughed at the thought of enduring the same Facebook. After all, the “game” at its core is really no more than pulling a lever and hoping several icons load up for the chance of winning some cash, and on Facebook, even the cash wouldn’t be real. Yet, against all odds, 3D Slots managed to hold my attention. Not only does it provide a wide variety of different slot options, but it also spices up the gameplay with minigames and entertaining animations.

The core gameplay is about what you’d expect. Most games feature a five-column wide, three-column deep slot board with various icons that you need to match up every time you spin. You can choose which lines to bet on (i.e. straight across or zig zag) as well as how much money you’ll make if you line up icons along that path. Slots machines with higher bet limits become available as you level, and if you run out of money, you can either wait for your daily bonus or ask your friends for gifts. And then, of course, you can also buy more coins from the shop. Putting down $5 lands you a stack of 10,000 coins (which is more than enough at the lower levels), while paying $200 will give you two million coins. If you actually buy the latter, though, I think you might want to find help for your problem. 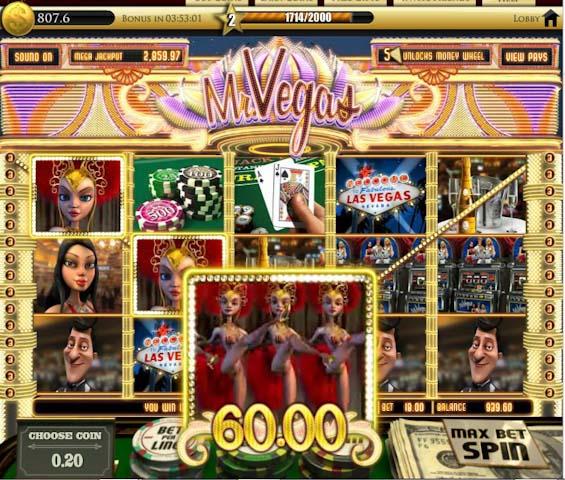 Such a simple setup might have pleased some die hard fans of slots on its own, but 3D Slots maintains the excitement for other players by offering a whopping 17 different slot machines, with seven more listed as “Coming Soon.” Each has its own unique feel. In “Mr. Vegas,” for instance, players are introduced to the level by listening to someone belting out a cheeky ode to Mr. Vegas in Frank Sinatra’s musical style, while the “Enchanted” slot starts out with a LittleBigPlanet-style voiceover and music reminiscent of almost every Danny Elfman composition in the last 20 years. Later on, you’ll play such slots as “The Slotfather” and the pirate-theme “Barbary Coast.” Each slot machine also has its own interface, which means you go from lining up sultry women in “Mr. Vegas” to lining up wizards and ogres in “Enchanted.” And when you do line them up, you always get some form of cute animation.

But 3D Slots shines even brighter through its minigames. If you match a few roulette tables in “Mr. Vegas,” for instance, you’ll get to play a quick round of roulette, complete with full character animations. Match up other icons, and you’ll get to play classic three-column slots for bonus cash. In “Enchanted,” lining up one fairy icon and one ogre icon bumps you into a game called “Save Feera’s Birdie.” In the mini-game, you steer Feera the fairy above Rufus the ogre, who has stolen Feera’s little bird. If you line up your attacks properly, you can eventually turn Rufus into a frog for a big payout. 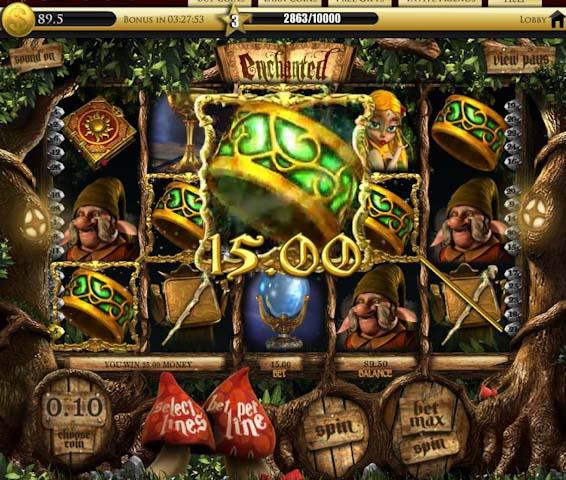 3D Slots is something of a sensation right now, and rightfully so. Every time you unlock a new slot machine, the new interface and new body of minigames go a long way toward providing the feel of an entirely different game. And if you absolutely love slots, there’s simply not a better experience on Facebook right now.