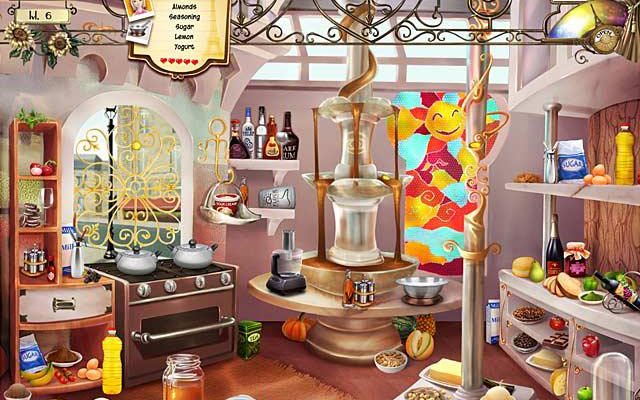 Developers know you’re only as good as your last game, and unfortunately for Maximize Games, their last game was the ill-conceived Silent Scream: The Dancer. Before making that buggy, confusing, chock-full of bad dialog hidden object game, the company made a great little time-management/romance game in 2010 called 2 Tasty. Thank goodness, Maximize seems to have realized the error of its ways and gone back to what it does well; the result is a fun little sequel to 2 Tasty called 2 Tasty Too: L’Amour a Paris.

Narratively, the game picks up where 2 Tasty left off, following the adventures of aspiring young chef Libby and her good friend (and aspiring restauranteur) Cole. The two win a dream vacation to Paris and, while both of them are excited to be heading to the culinary capital of the world, both of them also secretly hope the setting will conjure up some romance. The problem is, they run into an acquaintance of Libby’s at the airport; suave, handsome, and articulate Matthieu Devereaux, who also happens to be a culinary rock star on the Paris food scene. Matthieu’s got his eye on Libby and isn’t afraid to use his professional influence to win her over. Poor Cole, having hoped for days spent walking the Seine and nights spent cuddling near the Eiffel Tower, ends up cooling his heels all alone while Libby and Mattheiu spend hours in the kitchen. 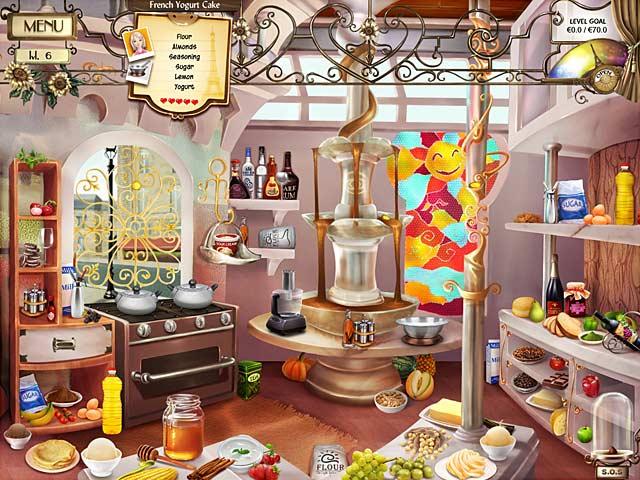 Story in this kind of game is, in general, an afterthought. A mere framework upon which to drape the time-management portions. It could be argued that 2 Tasty Too also does this, but Maximize puts considerably more effort into telling the story through inter-level 2D cutscenes. In them, the love triangle plays out and rapidly turns into a love rectangle with the entrance of Libby’s old school pal, Lynn. These little sequences are great, since they give you a breather between all the frantic gameplay levels and even better, the 2D art in them is really nice. Good as they are however, if you don’t have the patience to watch them, you can always avail yourself of the handy “skip” button.

Considering how good the time-management portions of the game are, it makes perfect sense that you’d want to get back to the action as soon as possible. The story has you progressing through a variety of restaurants where you’re asked to cook different types of cuisine. The environment graphics in these locations are beautiful and unique, though the representations of ingredients wherever you are remain consistent; the better to more quickly recognize them. As in many games of this ilk, the goal is to serve customers as quickly and efficiently as possible, thus earning more money and hitting level and/or expert goals. Early on, things become more challenging when kitchens expand from one to three screens, and when ingredients aren’t replenished after use. 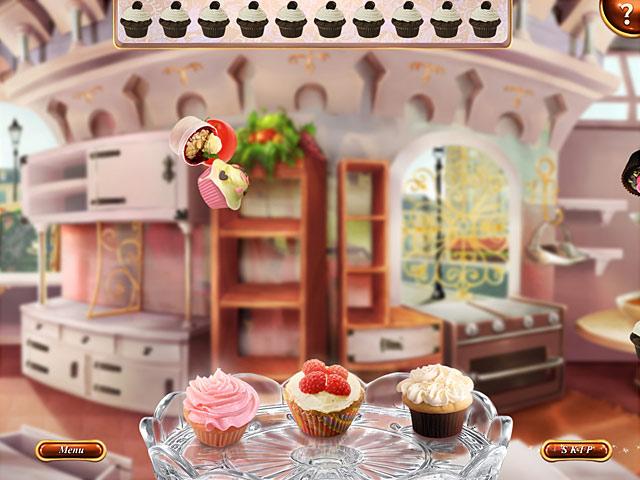 There are, naturally, a number of ways to make beating these levels easier on yourself: an S.O.S. Button that completes the current step in the recipe, icons that make ingredients flash for easy location, icons that stop time so your restaurant stays open longer, etc. Success is dependent on using these advantages strategically, say to take care of VIP customers (who happen to look like Marilyn Monroe, Tom Cruise and Oprah) or to impress impatient food critics. You can also use the money you earn to buy better, faster kitchen gadgets, thus allowing you to serve more customers. The time-management aspect of the game is challenging, hectic and, for a non-cooking kitchen-phobe like me, anxiety-inducing. It’s also completely addictive.

On the down side, Maximize has done it again by featuring unintentionally kooky dialog. It’s painfully obvious that English is a second language for whomever translated this game, and the awkwardness of the character exchanges does a fair amount to undermine the emotion of the story. Other bothersome things are the “reveal” icons which seem only to work half the time, and the game’s other bugs; some ingredients require irritatingly precise clicking, and during the six hours I spent playing the game, it crashed on me twice.

Despite these issues, I still had a lot of fun with 2 Tasty Too: L’Amour a Paris. I enjoyed that it wasn’t 100% time-management and was interwoven with a light little romance drama and with silly little minigames (my favorite involved clicking on pretty cupcakes as they went sailing overhead). I also really got into the music, which featured romantic accordion-based tunes. By no means is 2 Tasty Too: L’Amour a Paris a perfect game; it is however, a good way to spend the day if you aren’t able to go strolling on the Seine.