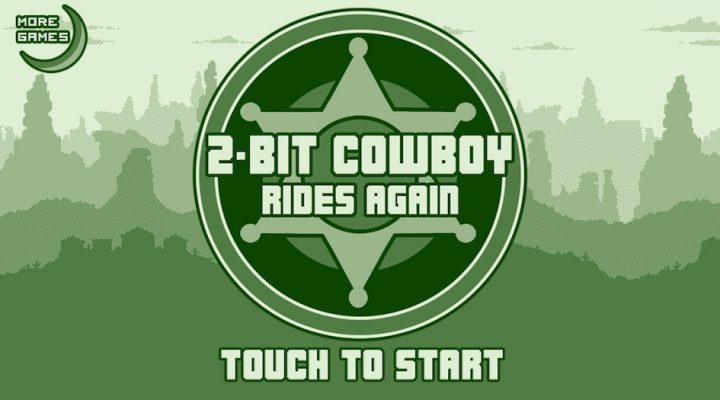 A bit glitchy in places

The wall cling will refuse to work sometimes

I never had the chance to play the first 2-bit Cowboy. Not that I think it would have had a significant effect on my perceptions of the sequel, but I wanted to be upfront about that. So yeah, I won’t be comparing 2-bit Cowboy Rides Again to the original game. Sorry!

With all of that explained away — WOW. I was genuinely surprised with 2-bit Cowboy Rides Again. I went in expecting a cute and simple action platformer, which it sort of is, but it’s also a pretty clever puzzle game in disguise. 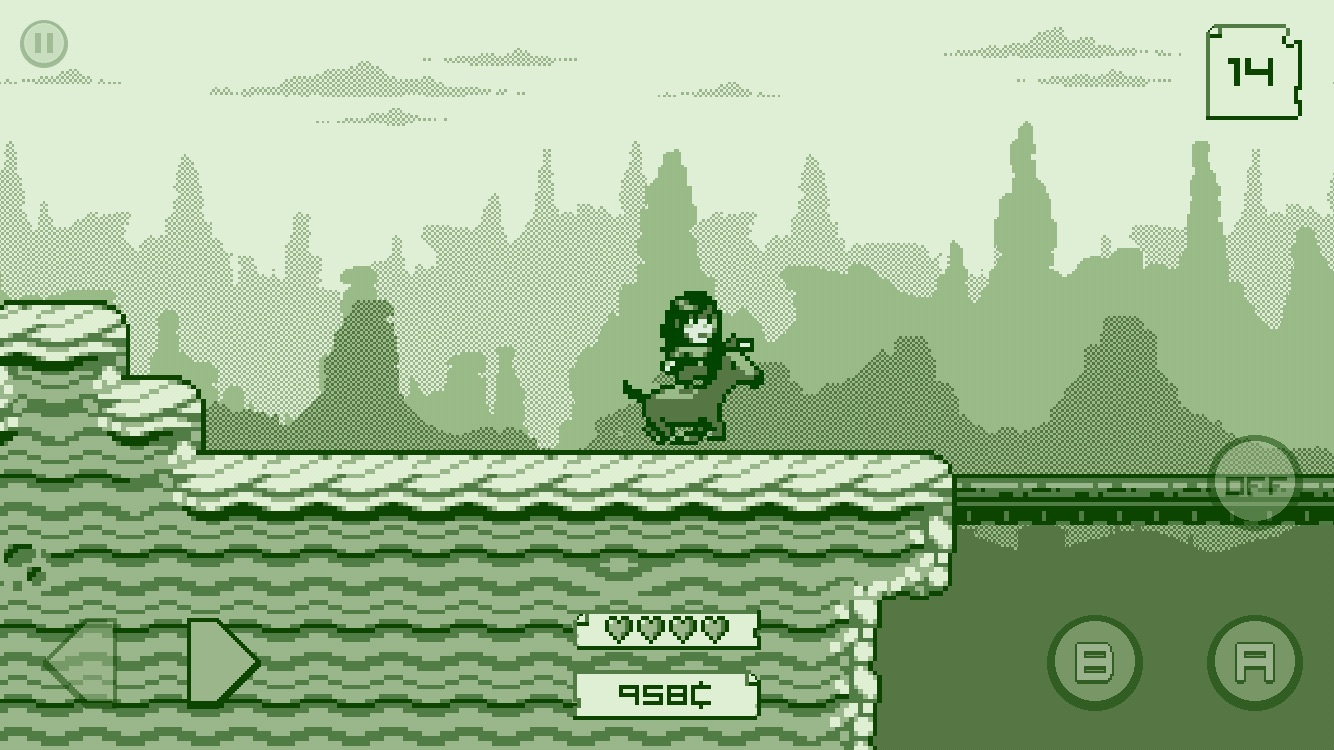 The core mechanics involve moving left and right, jumping, and shooting — with small nuances to most of these systems. Jumping performs as expected, but performing a double-jump will cause the protagonist to point their gun down and allow them to shoot whatever’s below them. Moving towards a wall while jumping will cling to that wall, with a brief delay before the character starts to slowly slide downwards – and of course, wall jumping is also a thing. Even the shooting is a bit different in how each shot will push the character back ever so slightly, requiring careful forward movement in cramped spaces to avoid accidentally launching them backwards off of a drop.

Each of the extremely retro-looking levels (everything has sort of an “original Gameboy” appearance) is full of little nooks and crannies to explore, which often play into their various bounties/challenges. Simply finishing a level is pretty simple, but doing so with 100% of everything done (i.e. taking out all the bandits, breaking all the crates, etc) is much tougher. It’s not just a matter of finding them, either; sometimes a steady hand or skillful use of the jumping/wall clinging mechanics will be the only way to shoot that what needs shooting. 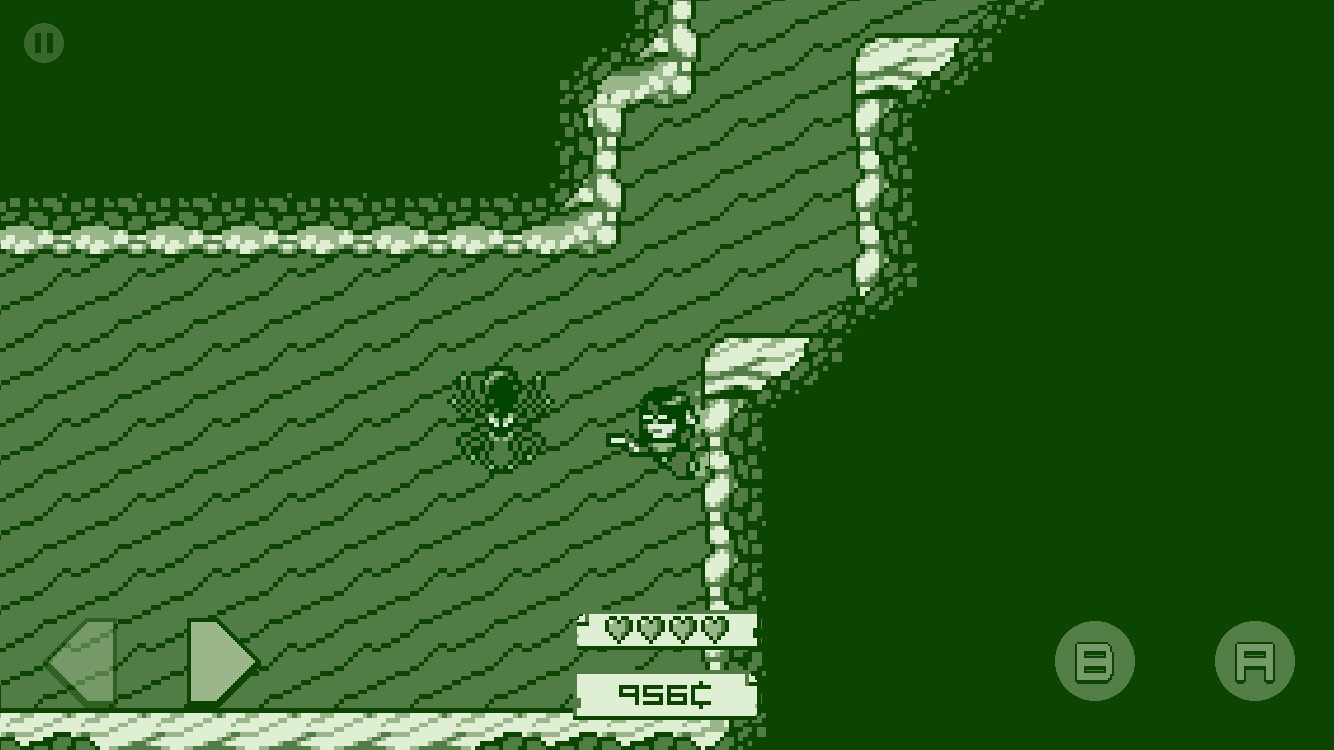 All of this – the bounties, the quirky mechanics, the semi-hidden areas – makes 2-bit Cowboy Rides Again feel more akin to a puzzle game than a platformer. Some skill is definitely required when it comes to bagging the trickier enemies, of course, but actually figuring out how to line up a shot can be quite the head-scratcher. Especially considering how the second half of a double-jump causes the character to point their gun down. It makes for some pretty interesting and creative approaches to what would otherwise be a very simple task.

Despite the fun I’ve been having with all of this, there are definitely some problems. I’ve managed to find a progress-halting bug in the third level that forced me to restart it on more than one occasion (thankfully it’s towards the beginning of that level, at least). There’s also a point in one of the stages (I think the fourth one?) where the graphics glitch out and display a very out-of-place bright red bar along the bottom of the screen. 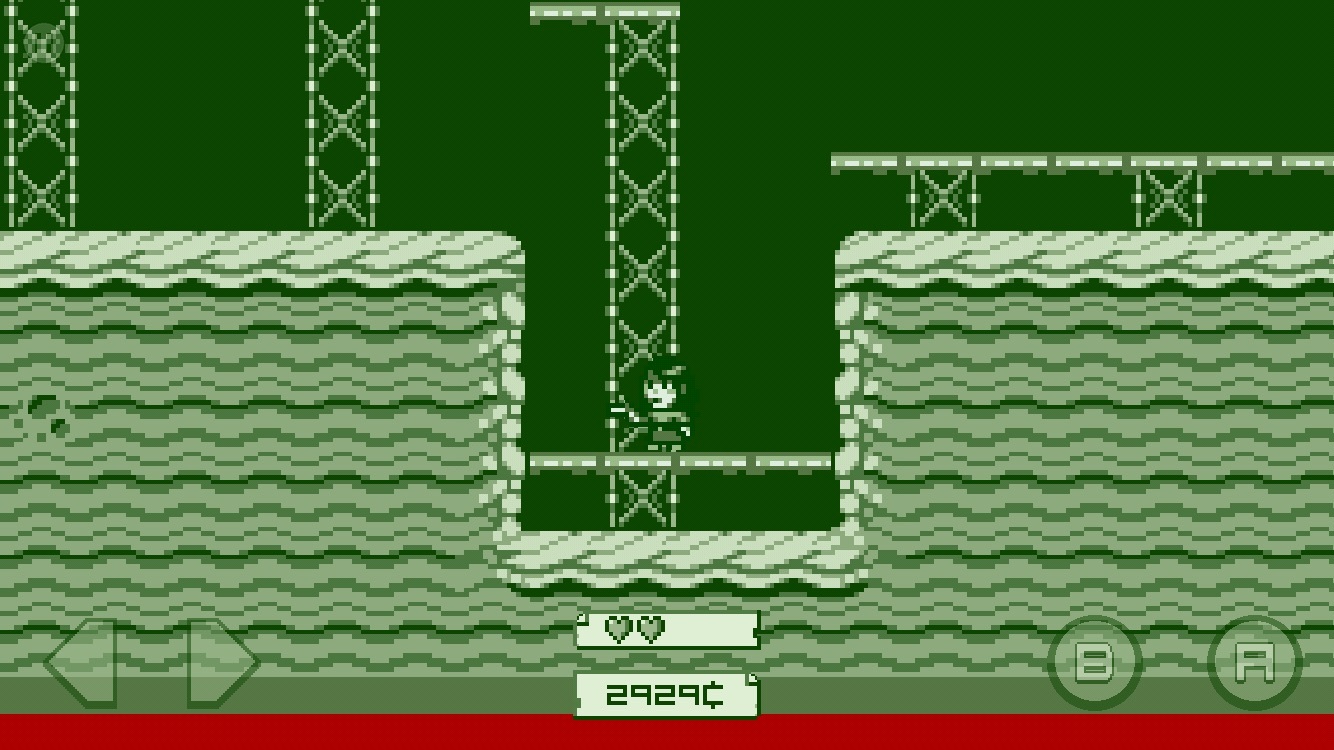 Movement is also kind of a problem, sadly. There’s some odd problem with jumping off of inclined surfaces (like, say, a roof) where moving and then jumping tends to make the character launch straight into the second part of a double-jump, which is a pain when trying to perform an actual double-jump. I’ve found the best way to work around this issue is to jump and then move, but it feels kind of awkward. The wall cling ability could also use some work, as I’ve run into more than a few instances where the character simply will not cling to a surface. It tends to happen a lot in the caves, for some reason.

Even with my annoyances with the occasionally moody jumping and climbing, I’ve still been having a good time with 2-bit Cowboy Rides Again. It’s a cute little game that ended up being a lot more clever than I’d expected.