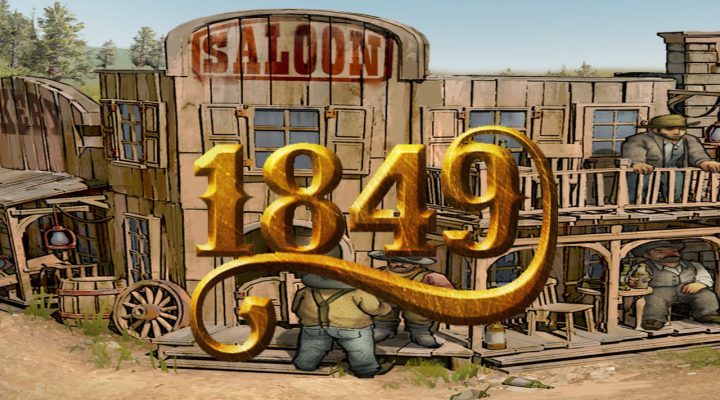 Mini-objectives lend well to gaming on the go.

I’ve seen 1849 around before I booted it up on my iPad. The game has been out on Steam for some time now, and due to my love of all things American Old West, Steam likes to recommend the game to me from time to time. 1849 always looked like something I might like, and I did enjoy my fair share of Zoo Tycoon/SimCity back in the day, but I never got around to actually checking the game out — until now.

With the game now available for $4.99 on Android and iOS devices, it seemed like the perfect time to give Somasim’s strategy game a whirl.

I was immediately surprised to discover that 1849 isn’t an open-ended game, but instead is broken into scenarios to work through in each level. Each scenario has specific goals that need to be met: selling X amount of gold to another town or hitting a population cap, to name a few. 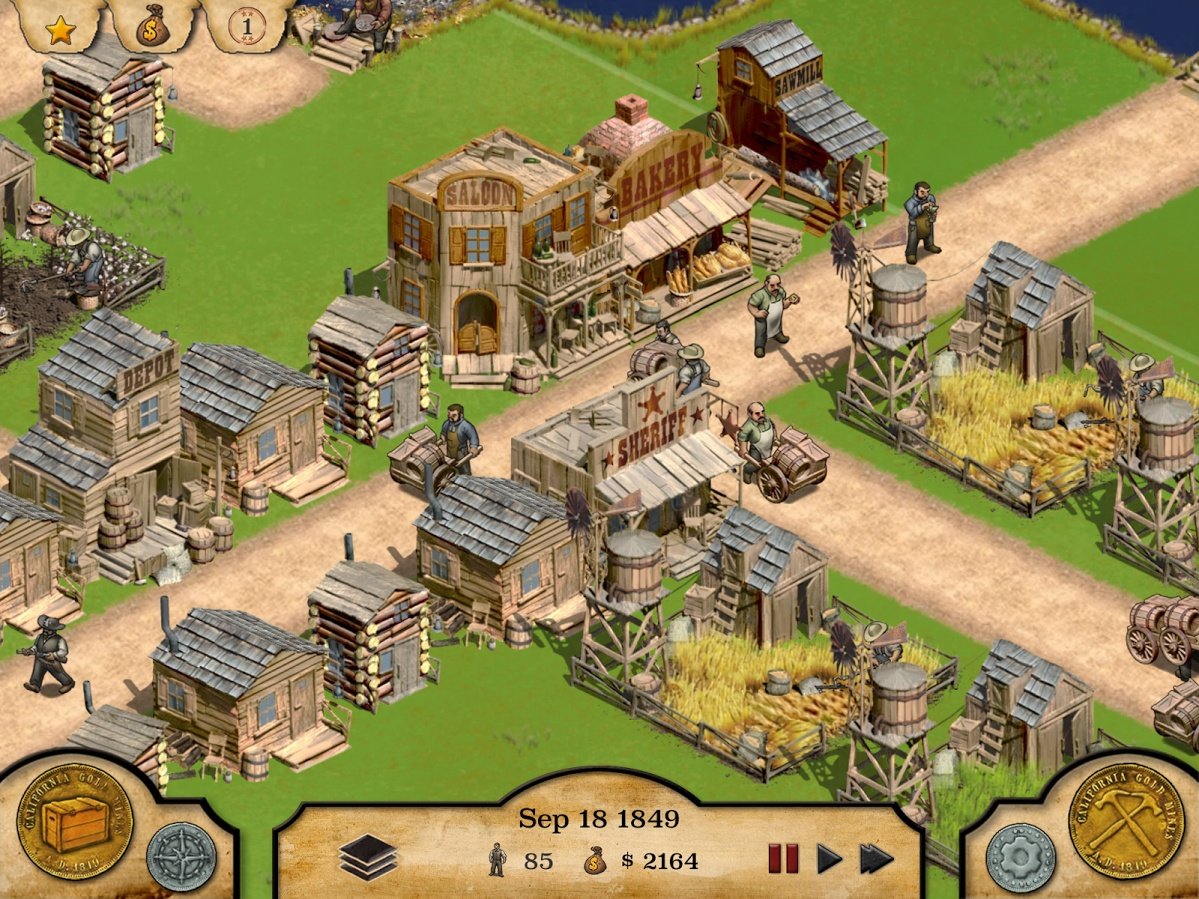 At first I thought I would dislike this segmented play style. I expected 1849 to be like SimCity or Zoo Tycoon, where I was just given most things from the start and tasked with seeing how long I could keep things running. But as it turned out, I realized that this segmented, objective-based gameplay works perfectly for mobile gaming. They give me little goals to work toward that I can usually accomplish in the few moments I have with a mobile game throughout the day. 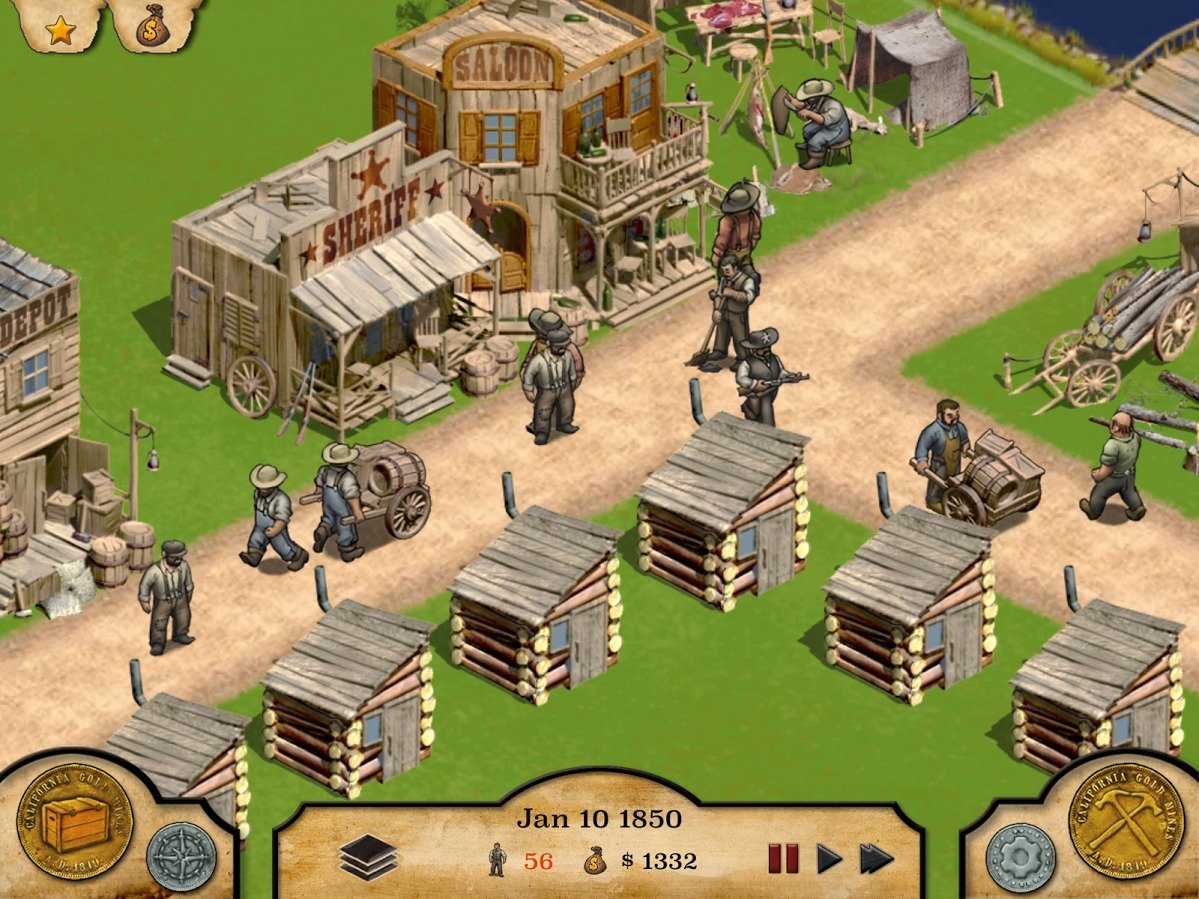 Also, it’s worth pointing out that 1849 works flawlessly with touchscreen controls. Everything is super intuitive and easily accessible during gameplay. The game doesn’t overwhelm you with menus, nor does it toss in obtuse menu controls like some other recent strategy games that I have played.

As much as I appreciate the modernized aspects of 1849, the game is severely dated from a visual standpoint.

It looks like 1849 could have existed right alongside the older Tycoon-themed titles. Buildings are all static, crowds are composed of the same handful of player models, and the camera is locked into place with no rotation options available.

I also found some trouble in the details of the game’s economic system. Nothing was ever clearly defined. There is a little image that shows if the structure is out of a particular item or needs something, and a little graph to show the structure’s production queue, but the actual production process is glossed over. As a result, I was never really sure if I needed one farm per bakery, for example, or if I could have multiple farms for one bakery.

If you’re okay with not knowing the math behind the game’s economy, and can deal with repetitive visuals, 1849 is a great little game that is sure to be worth the handful of bucks it’s going to set you back.