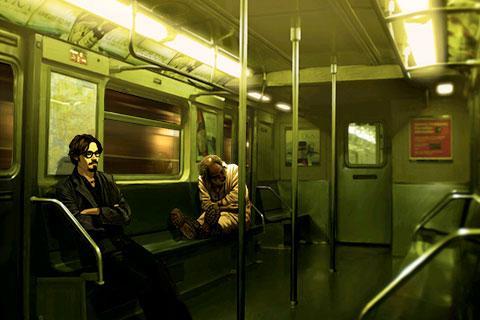 With nearly 18 months having come and gone since the release of 1112 Episode 01, few fans of the series ever thought they’d see the sequel they were promised. But a promise is a promise, and 1112 Episode 02 has finally landed on the App Store. Better late than never, I say.

Waking up in a hotel room in New York City, antiques dealer Louis Everett has no idea how he got there from his little shop in New Jersey. Even worse, a week has passed since the events of Episode 01 and Louis doesn’t remember a thing.

1112 Episode 02 manages to outshine its predecessor in every conceivable way. The story is more intriguing, the gameplay more challenging, and all of the little niggling complaints and annoyances we had about the first game have been rectified. As far as adventure game design on the iPhone goes, this is easily amongst the best.

Unlike the first game’s simple “fetch and deliver” adventure puzzles, Episode 02‘s puzzles are far more intricate and layered. At the start of the game, for example, you’ll hear a pounding on the wall of the hotel room next to yours. You’ll need to get the key to that room to investigate, but to do that you’ll have to play cupid between a hot dog vendor and a hotel maid, distract an unruly customer, meet a possible serial killer, buy some jewellery, repair a slot machine and more. The depth of gameplay here is light years away from what we saw in the first game, and it easily ranks as one of the best adventure experiences on the iPhone to date.

The art and music, the two strongest features of the first game, have returned in full force. Creepy tunes and gorgeously detailed settings make this one of the strangest hotels you’ll ever stayed in. Tweaks have been made to the technical presentation as well, almost all of which are positive. A redesigned HUD remains hidden away until called upon, letting players see more of the environment. Conversation trees no longer force you to access a separate notepad to ask new questions. Everything just seems to run smoother and quicker than before, making it a breeze to navigate. The only thing that seems to be missing is the overhead map, which made for quick navigation in Episode 01. Still, losing that is a small price to pay for the other upgrades, and everything runs so quickly and smoothly that getting from room to room manually is far less of a pain that it was last time around.

I can’t stress enough how much of an improvement Episode 02 is over its predecessor. Streamlined performance, no more rooms over-cluttered with interactive objects, and deeply satisfying adventure puzzles make Episode 02 a tremendous success. And did we mention that it took us 6 hours to complete? Considering you could finish the first game in less time than it takes to bake a potato, this might just be the greatest improvement of all. 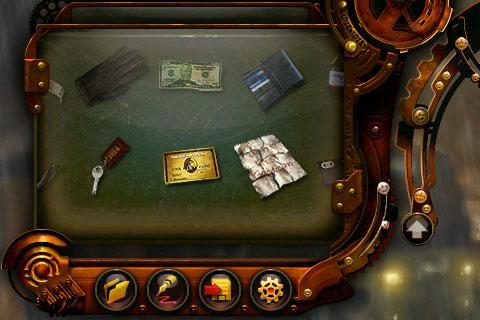 But not everything in 1112 Episode 02 is perfect. One thing that quickly became evident was the occasional grammar and spelling error. While the vast majority of the dialogue was fine, every now and then a bit of incorrect text like “instead of loosing hope” or “I didn’t filled the bath” stood out like a sore thumb. Still, this is only version 1.0 of the game, and developers are often known to go back and fix grammar and spelling in a post-launch update. I’d be very surprised if we didn’t see that here.

And while most of the puzzles here are exactly what you’d expect out of a top notch adventure game, there’s also Sudoku. On more than one occasion you’ll need to solve a Sudoku puzzle to progress, which is technically fine – but the game assumes you have a perfect working knowledge of Sudoku, which a lot of people don’t. If you’ve never played Sudoku before you’ll either need to go and learn it real fast or consider the money spent on 1112 Episode 02 flushed down the toilet. For such a top notch game, overlooking something as simple as the fact that some people have never played Sudoku is downright ludicrous. 1112 doesn’t even tell players what the objective in Sudoku is!

Sudoku and spelling complaints aside, 1112 Episode 02 is everything that we had wanted Episode 01 to be. A compelling story, problems that require a dozen steps before you find a solution, outstanding presentation – Episode 02 has it all. The best part? It even offers a quick recap of what’s come before, so you won’t need to purchase the predecessor to get up to speed. If you’ve ever wanted to play an adventure game that feels like a David Lynch film, or experience something like Lost that raises more questions than answers, consider 1112 Episode 02 money well spent.