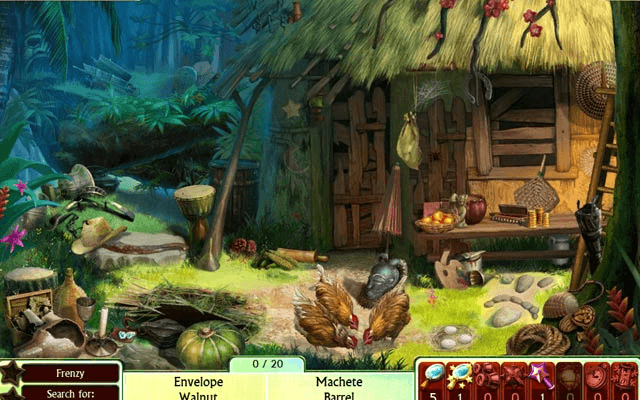 Made from hidden object concentrate

While many hidden object games come with plenty of puzzles and adventure elements thrown in, there are the occasional games that contain nothing but hidden object scenes, as players complete one after another with nothing to break up the cycle. One of these games is 100% Hidden Objects, which is a game that’s named perfectly. This one is all about hidden object scenes, but the jury’s out on whether or not that’s a good thing.

100% Hidden Objects contains dozens of scenes to complete, with chunks of scenes separated into themed boxes, like a tropical box to one that contains images of city living. There are mosaic scenes that use color-block items as mosaic “tiles” to create larger objects, and these scenes are actually quite interesting to complete. Most others come with crisp graphics, but scenes can also lie on the “too dark” side of the lighting spectrum, which is disappointing. 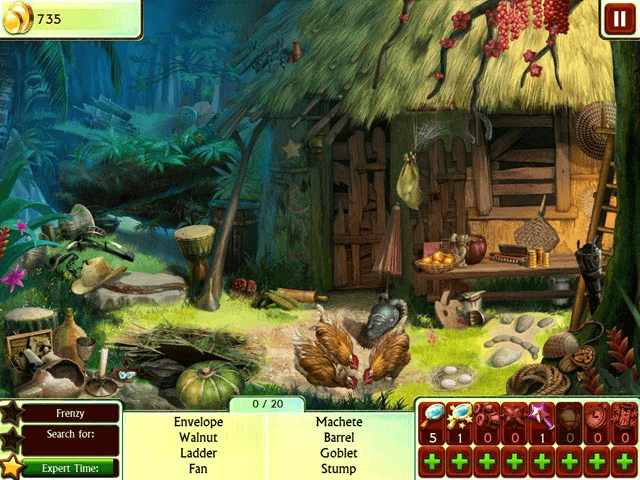 Each scene comes with two options for gameplay. You can either choose to find items based on a text list, or you can look for items based on small pictures. Both of these options come with their own set of three stars that are up for grabs, with one star being earned by simply completing the scene within a set amount of time. Another star is earned by activating “Frenzy” mode by finding multiple items in rapid succession, while the final comes from finding a “Star” item in each scene.

This “Star” item feature is interesting, as it offers a rush as the timer quickly counts down for you to find a single particular item. On the other hand, the Star item only activates in the middle of your time with a scene, so it can be easy to forget that this feature exists until you’ve already finished the scene and have left the item behind. Scenes can be replayed to earn coins or simply improve your skills, and thankfully, each scene is loaded with enough objects that you won’t be forced to find the exact same list of 20 items each time you play. 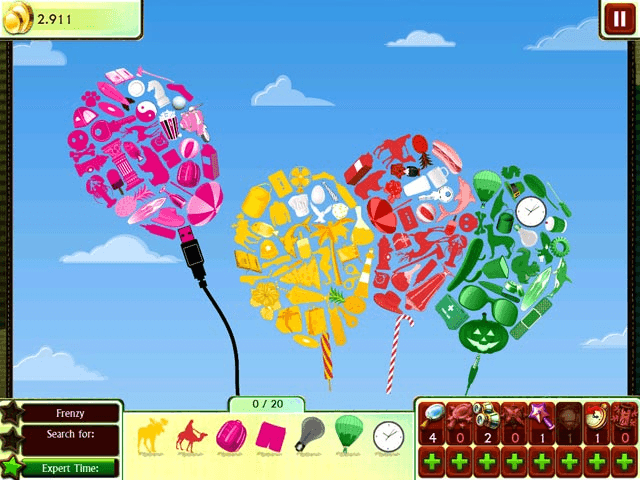 Whether you choose the text mode or the picture hunt mode, you’ll have plenty of hint options to choose from. Some will simply show you a single item in the scene at random, while another will eliminate large groups of items from your list in bulk. Some hints even slow down a level’s timer if you’re interested in earning the Star for “Expert” time on a stage. Unfortunately, you’re only given a few of these hints for free as you begin the game, and the rest must be purchased with coins, which can be time consuming to earn.

Throughout it all, you’ll be rewarded with achievements as you complete specific tasks, so there are other slight “goals” to shoot for if you start to become bored.

It’s easy to say that 100% Hidden Objects won’t be an experience for every gamer, even if they’re fans of hidden object puzzle adventure games. There’s literally nothing to this experience other than hunting for hidden objects across a variety of themed scenes, but while that might be a boring setup for many, including myself, the game’s many options really present this sort of game – that being a game containing nothing but hidden object scenes – in the best way possible. 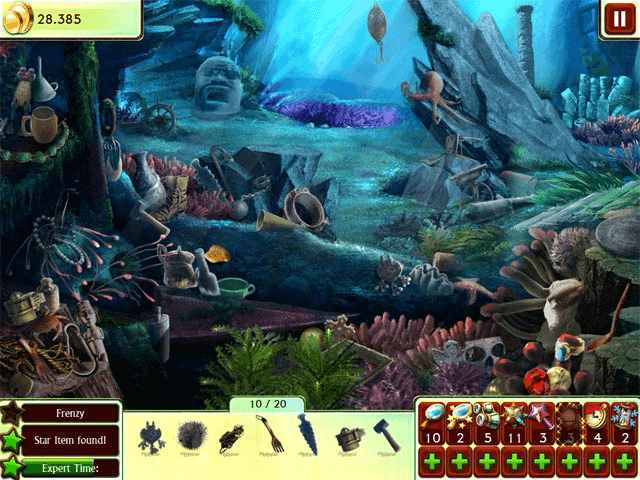 If you want the relaxing experience that can come from these sorts of games, you’ll likely fall immediately in love with 100% Hidden Objects. If you require some extra substance with your hidden object scenes, however, this is definitely one to just as quickly avoid.