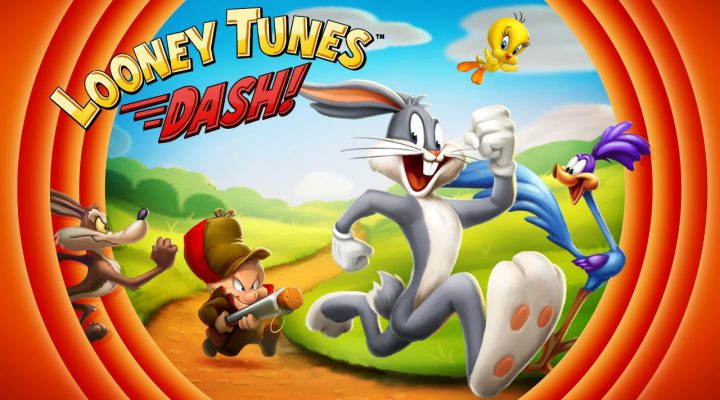 Think of life as an endless runner. You constantly move forward, all the while being chased by the Grim Reaper. You pick up as many coins and power-ups along the way, and you run as far as you possibly can, but eventually, it’s game over.

That’s the game we have to play, and it’s proven to be a popular genre in mobile gaming as well. Still, shouldn’t all that running actually get you somewhere?

When it started looking to make a runner, Zynga found that mobile gamers had a pent-up desire for all that forward locomotion to be leading to a definite goal of some sort. That was the kernel for the idea that popped into Looney Tunes Dash!, which is now live on iOS and Android. 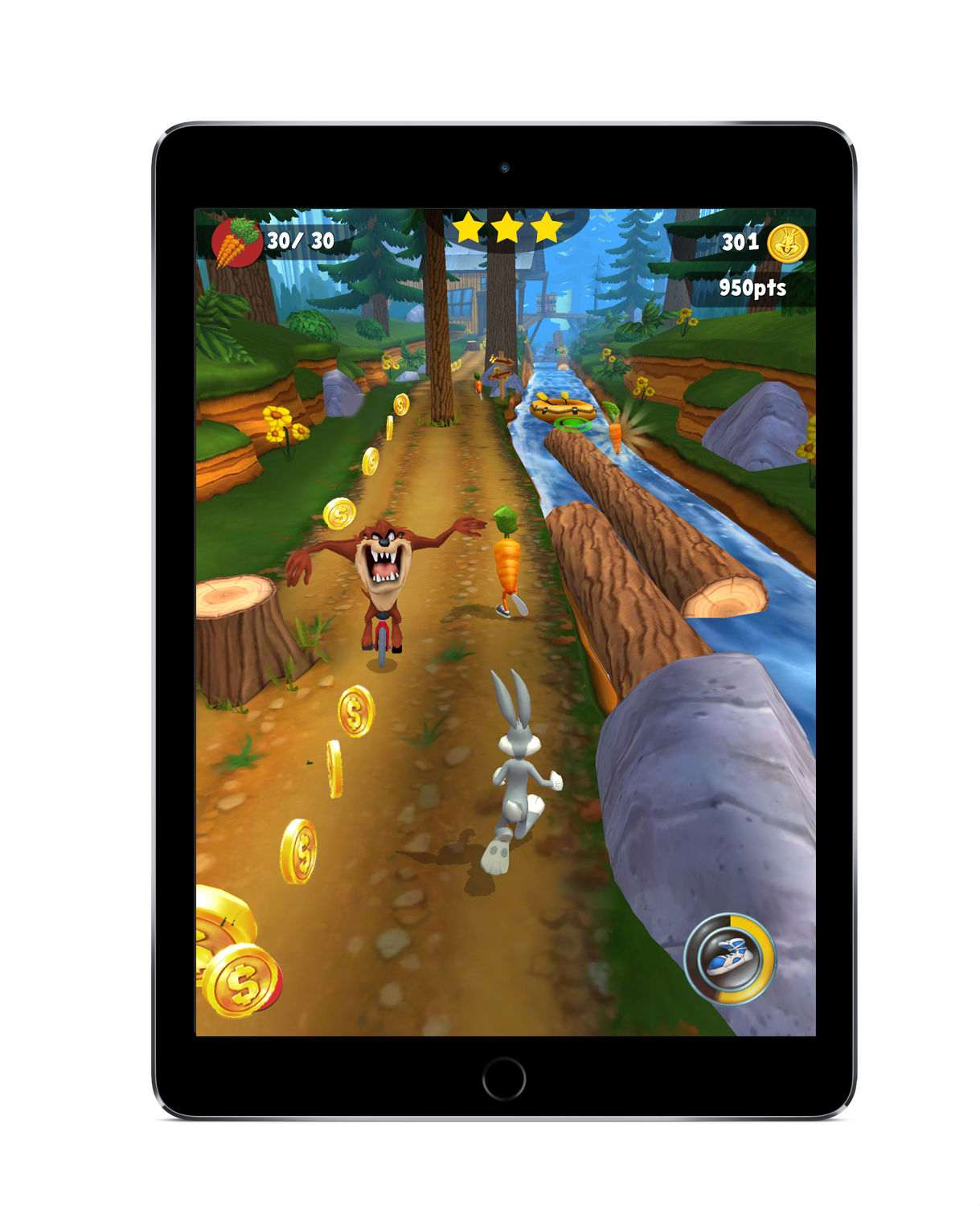 “People just love this category, love this genre, and we’re excited about that,” John vanSuchtelen, general manager for Looney Tunes Dash!, said to Gamezebo. “But one thing we know in talking to players is they’re looking for something fresh. When we really dug into that, what we heard is, ‘What we really are looking for is an opportunity to progress.’ Also that feeling of success, being able to win, as opposed to holding off death for as long as you can. So we sort of built this game around this very simple aspiration, which is I win and I move forward.”

At the same time, the company was having ongoing discussions with possible partners for exisiting IPs, one of whom was Warner Bros. It doesn’t sound like there was one chicken and egg moment, just a gradual realization that the world of Looney Tunes would be perfect for what vanSuchtelen calls a “level-based progression runner.”

“What was so exciting for us when we started playing with this concept and talking to Warner Bros. was how well Looney Tunes really fits that idea,” he said. “The universe is so rich with characters, hundreds of very well-known characters and really memorable environments and memorable situations.”

You’ll notice the difference between Looney Tunes Dash! and typical runners right from the start, as you’re greeted by a map that looks like one you’d see in other level-based games. In keeping with the format in which the characters are most familiar, the gameplay is divided into episodes, each one consisting of a group of levels and making a different Looney Tunes personality the star.

As you advance through the game, you’ll get to play as multiple characters in environments constructed especially with them in mind. So while Bugs Bunny dashes through the forest trying to reach the safety of his rabbit hole, Tweety runs in and out of Granny’s house. The gameplay reflects the nature of the runners as well, giving Bugs plenty of jumps while keeping Road Runner low to the ground most of the time and concentrating on flat out speed. 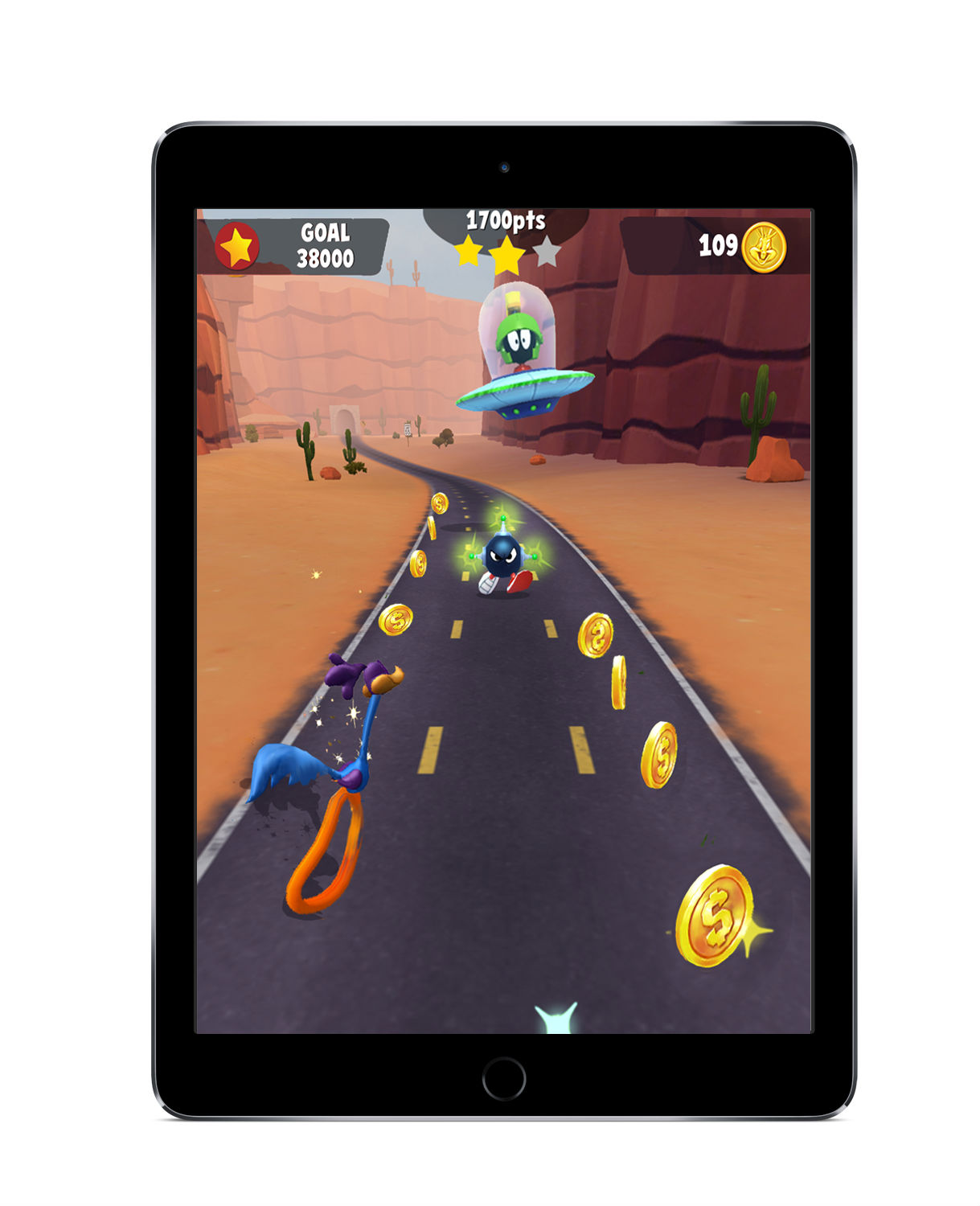 Because Zynga wanted to keep the goals varied, you’re not always trying to same thing on each level either. As Bugs, sometimes you’re simply attempting to make it to the end of the level in one piece, while other times you need to nab a certain number of carrots — some of which, in classic cartoon style, are running away from you, peeking back every so often as they flee.

It even makes perfect sense to have the characters chasing each other, given the nature of the source material. Elmer Fudd wants to catch that “wascally wabbit,” Sylvester wants to chow down on Tweety, and so on.

Naturally, all that customization comes with a price for the team from Zynga and the co-developers at Eat Sleep Play. With plans to expand both the content available for the characters you can use at launch as well as the possibility of adding new playable characters down the road, it’s going to take more work to get those elements into the game than it would for a typical endless runner.

Looney Tunes Dash! creative designer Michael Waite figures that kind of trade-off is worth it in order to make the kind of game they envisioned.

“From a game mechanics point of view, we decided we wanted to make strategy, decision-making and discovery really big parts of gameplay, and in order to do that, you have to be able to learn the levels,” Waite said. “If we were just dynamically splicing together bits of randomized levels, it would not be learnable. Instead, these levels start feeling a lot more like what you’d expect in console platformers and things like that.”

Other parts of the game feel like things you’d see in platformers too. There aren’t cutscenes per se, but each episode begins with a short scene featuring some dialogue between the chaser and the chasee before things “explode to life in front of you,” as vanSuchtelen describes it, propelling you directly into the first level. Jeff Bergman, the modern day voice of many members of the Looney Tunes gang, custom recorded the voices for the game, even doing a new Tweety song to introduce the canary’s episode. 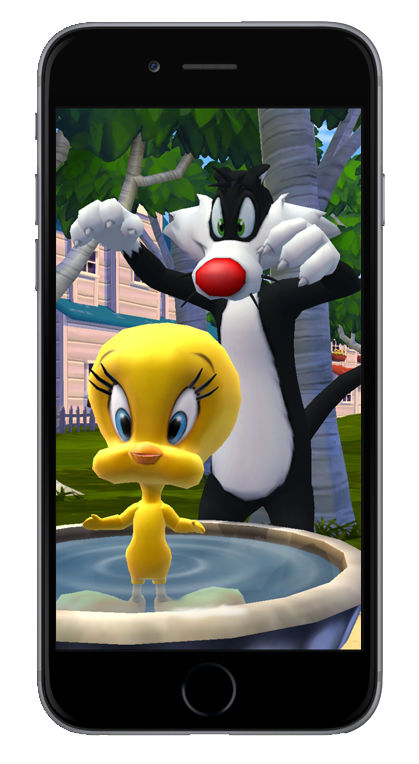 For longtime Looney Tunes fans, the small details are a treasure trove of memories, from the way Daffy Duck’s power-up transforms him into Duck Dodgers (in the 24 1/2th Century!) to the Looney Cards you can collect with images from famous cartoons and some background on when they first aired. It’s also simply fun to see Bugs get one over on Elmer or Daffy, smashing them up against the screen.

The hope is that the combination of a beloved property and some real thought into how to differentiate the game from the other entries in a popular but crowded field are enough to make Looney Tunes Dash! the answer to what mobile gamers have told Zynga they’re seeking. And hey, it beats running from the Reaper.

“We really wanted to delve deep into how do we make this not just a Looney Tunes running game but a new approach for how you can appeal to that progression aspiration that people have and sort of have a very simple, ‘I want to keep moving forward’ approach to the game,” vanSuchtelen said. “It’s a simple aspiration but a lot of deep strategy in each level. We’re so excited about how well Looney Tunes fit with this, and we’re also really excited about how great a partner Warner Bros. has been.”