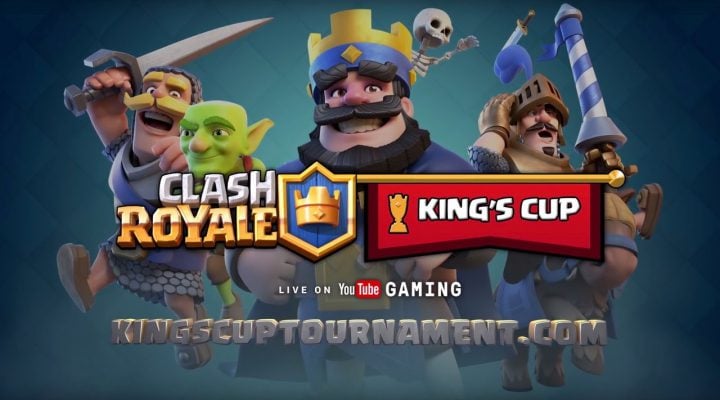 There isn’t much that can push Clash Royale to the next level. Or maybe we should say Supercell’s mega-hit doesn’t need any assistance to get any bigger, seeing as it’s currently the top-grossing game on the App Store.

That doesn’t mean resting on its laurels is the way to go, as evidenced by the major TV as campaign it had earlier this year. Now it’s also testing the waters with big time sponsored tournaments, teaming with YouTube Gaming to present King’s Cup Live.

Set to take place on Sunday, November 6 in Los Angeles, King’s Cup Live is an event open to players all over the world with an impressive prize pool of $100,000. After battling each other, the top eight entrants will get to square off head-to-head against eight of the top YouTubers who specialize in Clash Royale:

Know who any of those people are? I confess that I do not, but I bet your kids or your Clash Royale-obsessed friends definitely do.

King’s Cup Live will stream live on (surprise!) YouTube and YouTube Gaming. And even if you can’t participate or get bounced early, it’s worth watching because there will be prizes given away during the tourney.

Topping it all off is a special in-game event that runs in Clash Royale this weekend, beginning November 4 and ending November 6. The King’s Cup Special Event Challenge will let you join for free and play with cards you may not even have unlocked yet, which sounds like good fun.

Oh, and if you are planning on pitting your skills against tons of other players and maybe even these YouTube creators, you can pre-register for the tournament now. It’s $10, but you get a $20 Google Play gift card, so you’re actually making out even with the fee. Good luck, and may the cards be with you. I shouldn’t get sued for that, right?

Fit In The Hole Is Your Next Little Mindbender