Home / Play / Why You Should Play Pink Heaven (and Kero Blaster)

Why You Should Play Pink Heaven (and Kero Blaster) 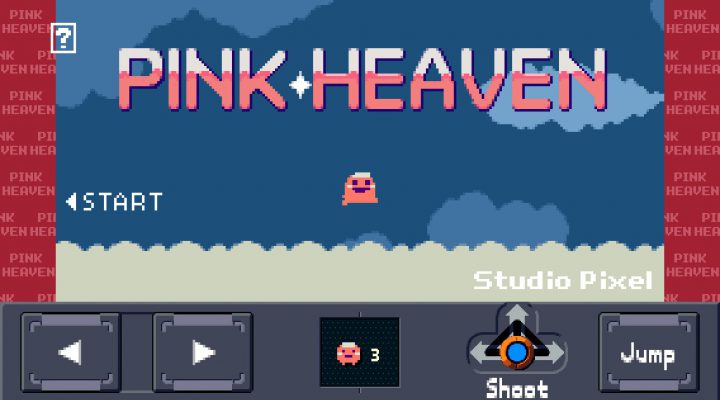 What is Pink Heaven?

Though its name sounds like something you’d find on the box of an ’80s adult film, Pink Heaven is actually a very short and very cute shooting game by Daisuke “Pixel” Amaya, the developer behind Cave Story and Kero Blaster.

In fact, Pink Heaven takes place in the Kero Blaster universe and stars one of its characters: the pink office lady. Even though Pink Office Lady has a sedentary job, it seems she’s not bad at wielding guns and taking down bad guys.

In this instance, she chases after aliens: They’ve kidnapped the only shopkeeper in town who sells plum gum. It’s a very important mission.

Why is Pink Heaven so much shorter than Pixel’s other works?

Interestingly, Pink Heaven is a playable announcement of sorts. When you complete it — which should take you ten minutes or so — you’re informed that KeroBlaster recently updated with a hard mode. 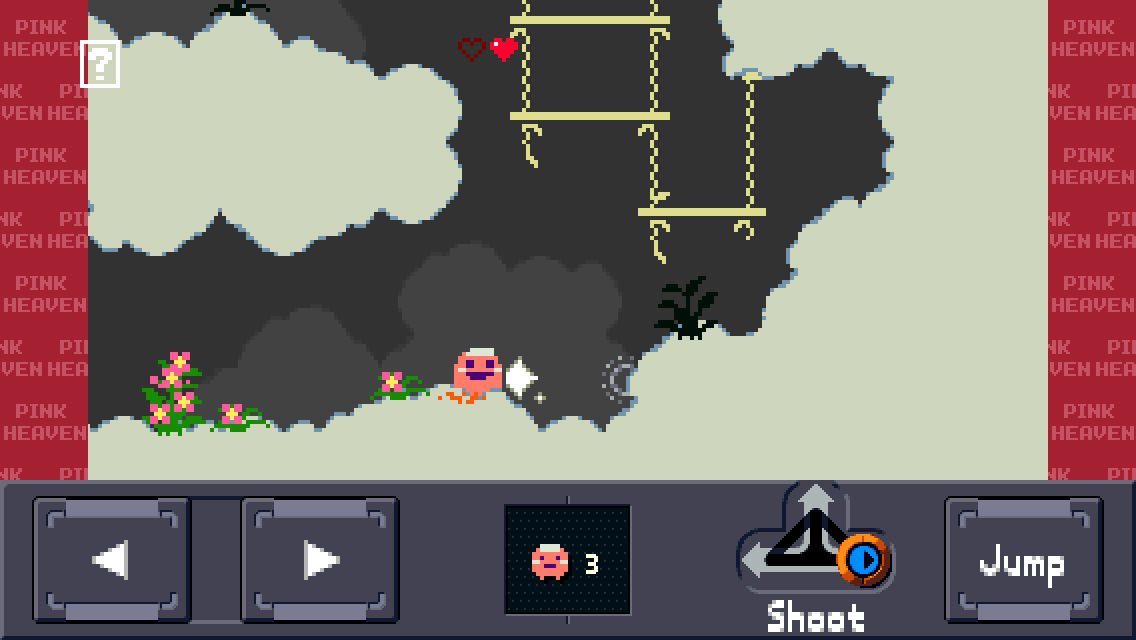 When you go through Pink Heaven once, you have the option to do another run-through on a harder difficulty. If you opt for the harder difficulty, enemies become more frequent (and stronger), and spike traps bristle everywhere. It’s pretty tough!

If it’s that short, should I bother downloading it?

Yes! And you should download Kero Blaster, too. Both demonstrate that good platformers can be done on mobile, despite limitations imposed by touch-screen controls. Characters fire automatically (though you can change the direction they fire in), which frees you up for the important job of moving your character safely.

Even though Pink Heaven is short, and even though it doesn’t feature any of Kero Blaster’s weapon-switching, you can choose between a sub-item or a power-up to help you out. It’s a nice little addition to a game that essentially exists to advertise another game. 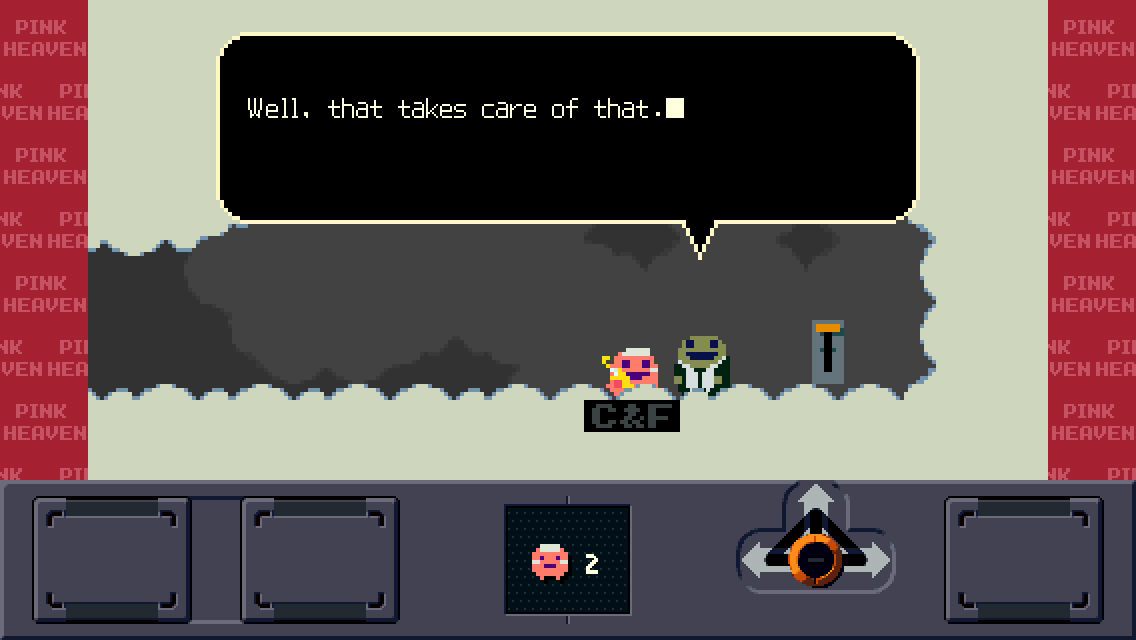 Cave Story is considered one of the best indie platforming games of all time, and part of that is because of its strong characters and script. Neither Kero Blaster nor Pink Heaven are exactly story-heavy games, but that doesn’t mean either title skimps on charm.

Kero Blaster sells on its concept alone: A gun-toting janitor frog must clean up an alien menace. And Pink Heaven has a cute little blob lady chasing after a shopkeeper because how else is she supposed to get her plum gum?

The graphics and music accompanying KeroBlaster and Pink Heaven are also full of life and unique touches that indicate they’re Studio Pixel games. When Pink Office Lady shoots any of the withered weeds littering the stages of her game, for example, they burst into life.

If you’ve decided you’re tired of the retro-style graphics that tend to decorate 2D games these days, you should know that Pixel adopted the style in 2004 for Cave Story — ages before it became a visual trend.

Gee, I’m a smart person who likes good games. I guess I should get Kero Blaster and Pink Heaven. How much are they?

Pink Heaven is free, and Kero Blaster is $5.99 USD. If you’re hesitant to drop money on a mobile platformer regardless of its pedigree, download Pink Heaven first. If you simply can’t get used to the controls in that game, you’re not going to like what’s in Kero Blaster.

But you’ll almost certainly get used to the controls. Because these games are worth the attempt.

Close Your Eyes and Fight in ‘A Blind Legend’