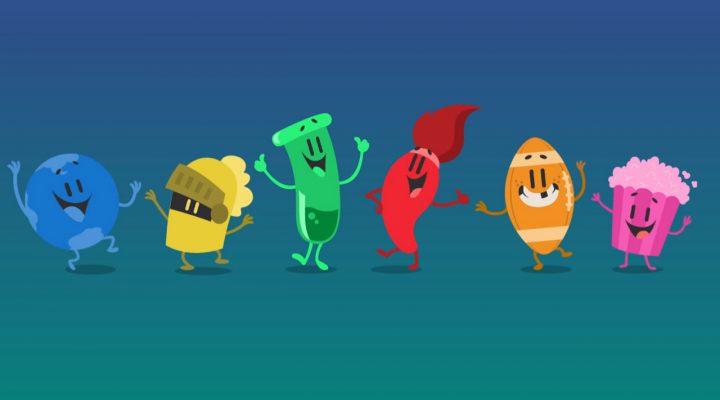 I never thought I’d be one of those people.

You know the type. Their phone vibrates on the table at the bar, or beeps late at night and they snatch their smartphone up before the alert is finished going off. With such urgency, it must be an emergency.

Nope, it’s just Trivia Crack letting me know my friend Rachel beat my challenge and I lost my Science character. Or it’s Trivia Crack giving me a heads up that my friend Craig just won yet another match, bumping his wins into the double digits while I still am struggling to hit win #3 against him. He’s a history teacher who likes to watch documentaries…I have no hope. 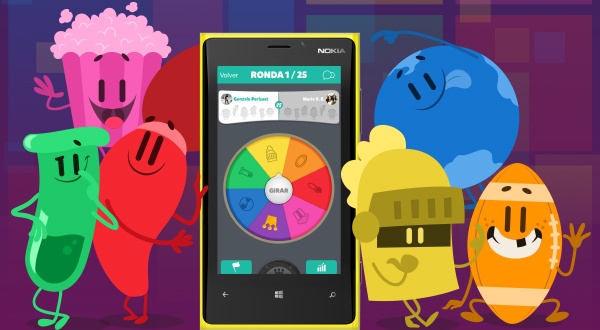 Trivia Crack has creeped it’s way into my free time, right under my nose. There is no part of my day (except when I’m driving!) where I’m not liable to completely halt what I’m doing in order to play my turn.

When I’m out grocery shopping, walking across campus, on the bus, cooking dinner, chatting with my friends…the game is right there with me. It’s a stretch to say I’m addicted, but I’d certainly miss playing if the game suddenly vanished tomorrow. I’d simply replace my time with the game by scrolling through Twitter or catching up with my old trivia mistress, QuizUp.

Speaking of which, QuizUp never quite hooked me as much as Trivia Crack has, and I know exactly why. 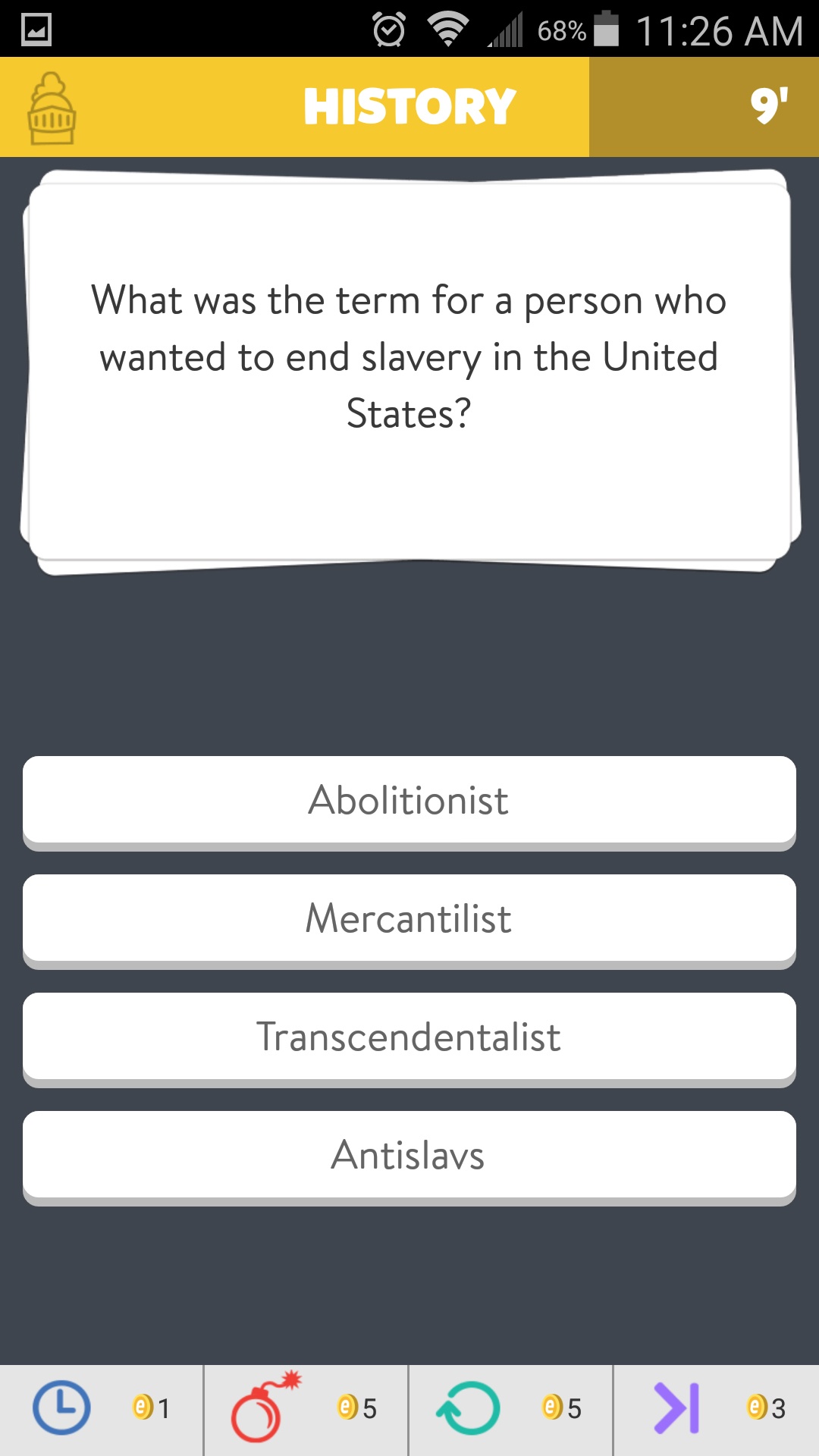 With QuizUp I was locked into a trivia match with another player somewhere else in the world. Once the match began, I had to play it through if I were to get any credit for it. In those few minutes, QuizUp demanded my near-full attention or I’d risk losing my shot at increasing my profile’s level for that category. With Trivia Crack, because it’s turn-based and offers pauses in between questions, I can simply answer a question and then I’m instantly free to look up, or pocket my phone for whatever reason. In Trivia Crack I’m in charge of the pacing, which makes the game that much easier to just pick up and play it when I have a free hand and some time to kill.

It also helps that more of my friends are playing Trivia Crack than ever played QuizUp. My theory for this increase in friend population is that while QuizUp prided itself on having so many various categories (Internet Culture, Star Wars, Disney, Brand Names, and WWII History were my favorites), its diversity fragmented the player base. Not all of my friends wanted to go head-to-head with me on Internet Culture, and no one wanted to come near me with Star Wars. 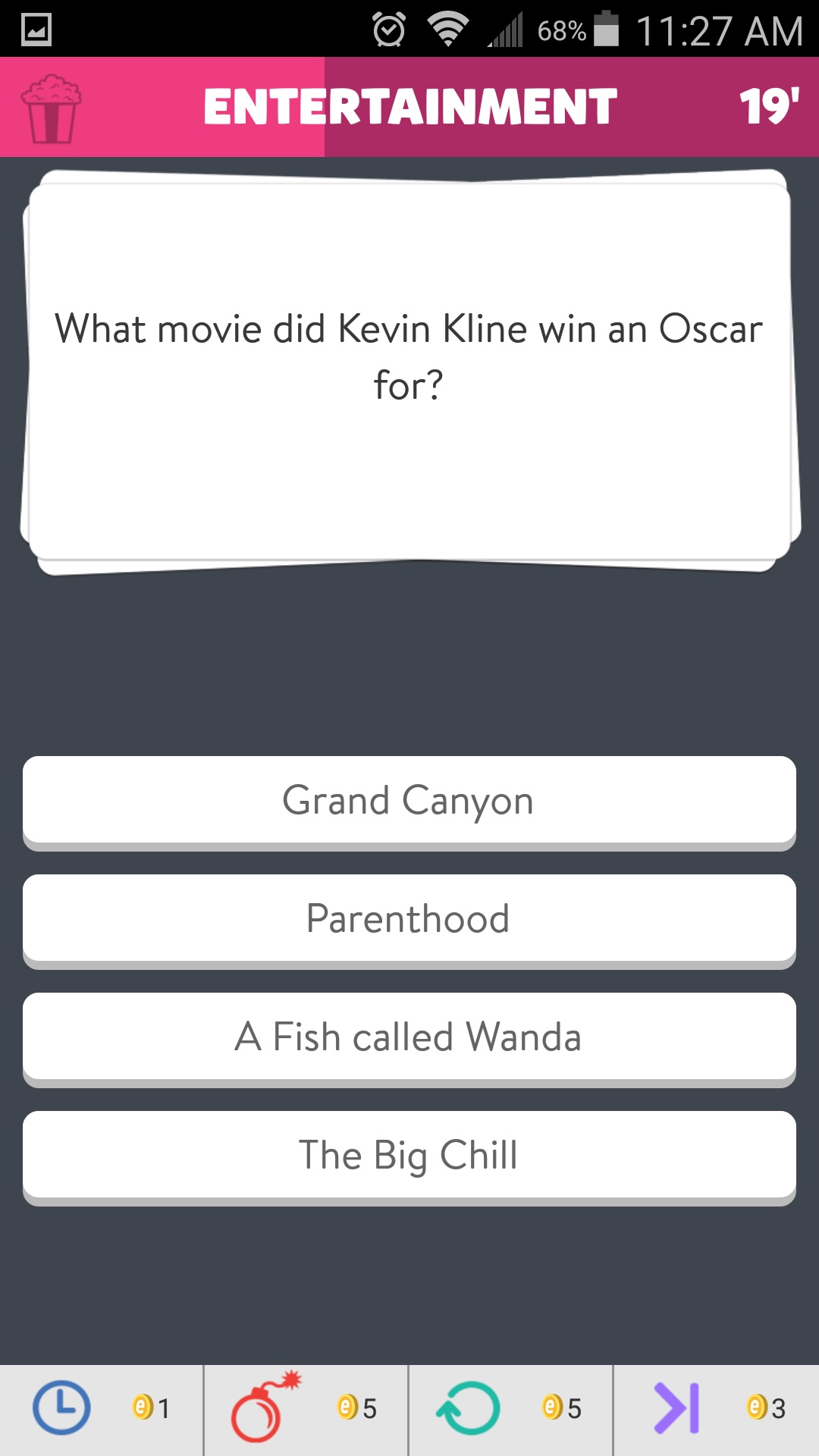 Trivia Crack doesn’t have this problem because all the questions are general interest. Sure there may be a Star Wars question in the mix, but it’s something more along the lines of, “What color lightsaber does Obi-Wan Kenobi primarily use?” rather than something incredibly obscure that the Star Wars category might offer on QuizUp. Something obscure like, “What planet was Grand Moff Tarkin born on?”

Blue and Eriadu, by the way.

Also, a very small, but fun detail that I enjoy about Trivia Crack is that the game displays the name and avatar of the player who submitted the question you just answered. So if I lose a game because Mark Smith from Alvin, Texas submitted a question regarding the scientific names for peppers, I have a name and (usually) a face to mutter a barrage of obscenities at. It’s not my fault I lost that match, it’s Mark’s!

As popular as it is now, Trivia Crack feels like another fad game. In time, I predict that players will gradually trickle away to the next bright and shiny new app that lets them compete with their friends. But until that happens, well… I suppose there’s a reason it’s #1 on the App Store.

I’d tell you more, but my phone just beeped again, and I need to get my Science character back from Rachel!

Radical (More or Less) Lives up to Its Name