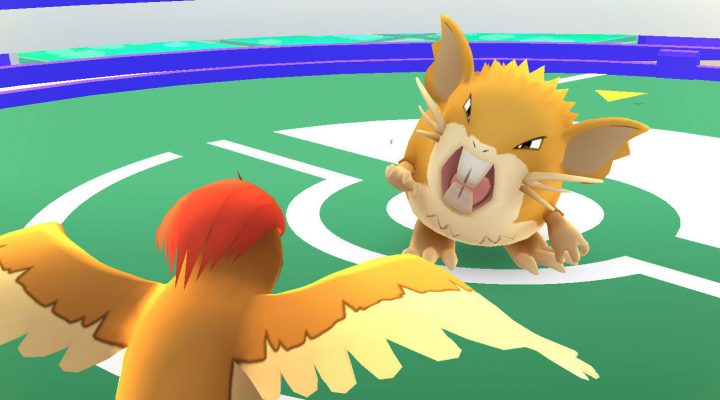 Hey everyone, go log into Pokemon GO right now! Dueling other players and trading are both in the game now!

Sorry folks, that’s not actually true. Just wanted to get your attention, and it probably worked.

There really was an update to Pokemon GO that hit the game this week, and while it didn’t bring anything quite as dramatic as the examples I cruelly trotted out, at least one addition does shake up the gameplay a bit by changing something almost all of us either do regularly or have done in the past. Namely, Gym Training was modified so that you can bring six Pokemon when you spar with the Pokemon defending a friendly Gym. That’s potentially big, since lasting longer in those battles allows you to boost the Gym faster and potentially add either your own or another teammate’s Pokemon to help safeguard it. Niantic also notes that, “The CP of the Pokemon you are battling may be temporarily adjusted lower for your training session.”

The guess here is that players were starting to hit a wall in some places where they could never defeat any of the super strong Pokemon at their nearby friendly Gyms. These changes should definitely help in that regard.

Other additions in the update include a catch bonus for rounding up more and more of the same Pokemon type, as well as the following, less exciting tweaks:

This update doesn’t appear to be the kind that will draw lapsed players back into Pokemon GO, as it really will take dueling or trading to do that. But it should be a nice quality of life improvement for the people still playing regularly — and since Pokemon GO is still among the top five highest-grossing apps, they’re definitely still out there.