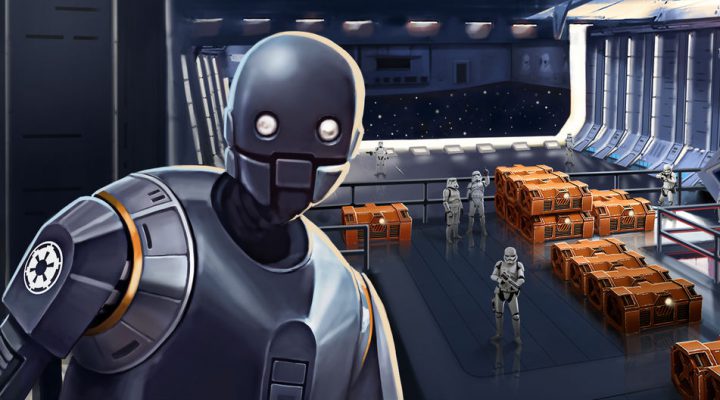 Not sure if you’ve heard anything about it or not, but there’s a new Star Wars movie coming out this week. Not just any movie either, but the first of the so-called Anthology films, Rogue One: A Star Wars Story. Telling the story of how the Rebels got the plans to the Death Star prior to A New Hope, it’s supposed to feel like a war movie and also be quite good.

Obviously, the numerous Star Wars mobile games aren’t about to let such a momentous occasion go by without noting it. There’s new content to be explored, new characters to meet, and new droids to fall in love with.

(Not that any droid could ever take the place of BB-8, just saying that K-2SO is a whole new kind of cool.)

So how can you celebrate the arrival of Rogue One by playing the Star Wars games you already love? We’re about to tell you. 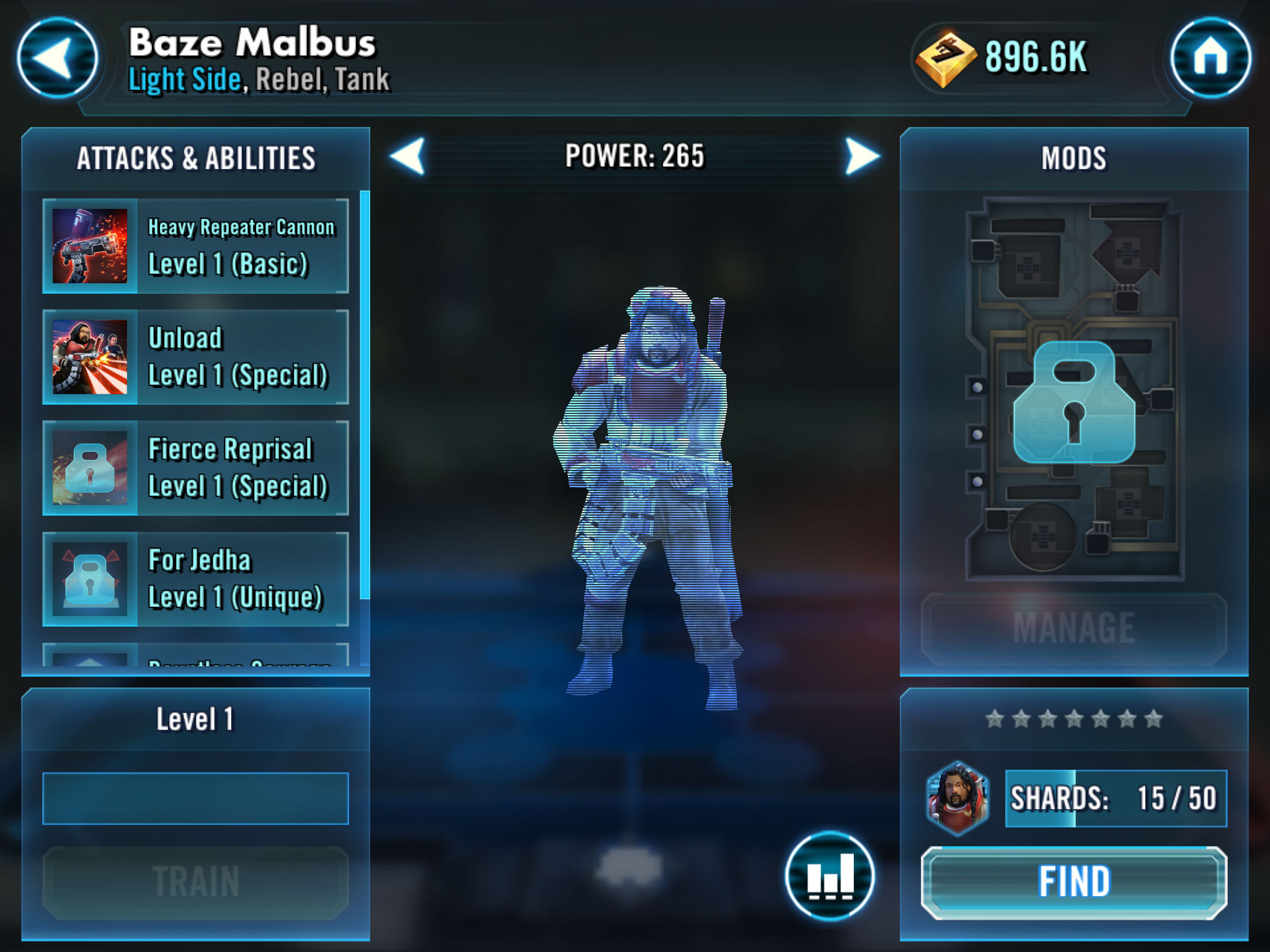 EA’s tactical combat game was ahead of the curve, throwing some Rogue One characters into the fray well before the movie even had its world premiere this past weekend. Indeed, you can already acquire the likes of Bistan, Baze Malbus, Scarif Rebel Pathfinder, K-2SO and the Shoretrooper. There’s even a ship, Bistan’s U-wing, from the new film. Some of the newcomers can be had in the Countdown to Rogue One Pack in the game’s main store, available now for 1,499 Crystals.

Things pick up even more this weekend with the “Hero of the Rebellion” squad tournament. Players who have reached level 70 and have at least 15 characters at Gear Level V or higher will be able to battle against other players’ squads to move up the leaderboard and grab Jyn Erso shards. it takes 80 of them to unlock the main protagonist of Rogue One, and she won’t initially be available any other way, so make plans to play between repeat showings. 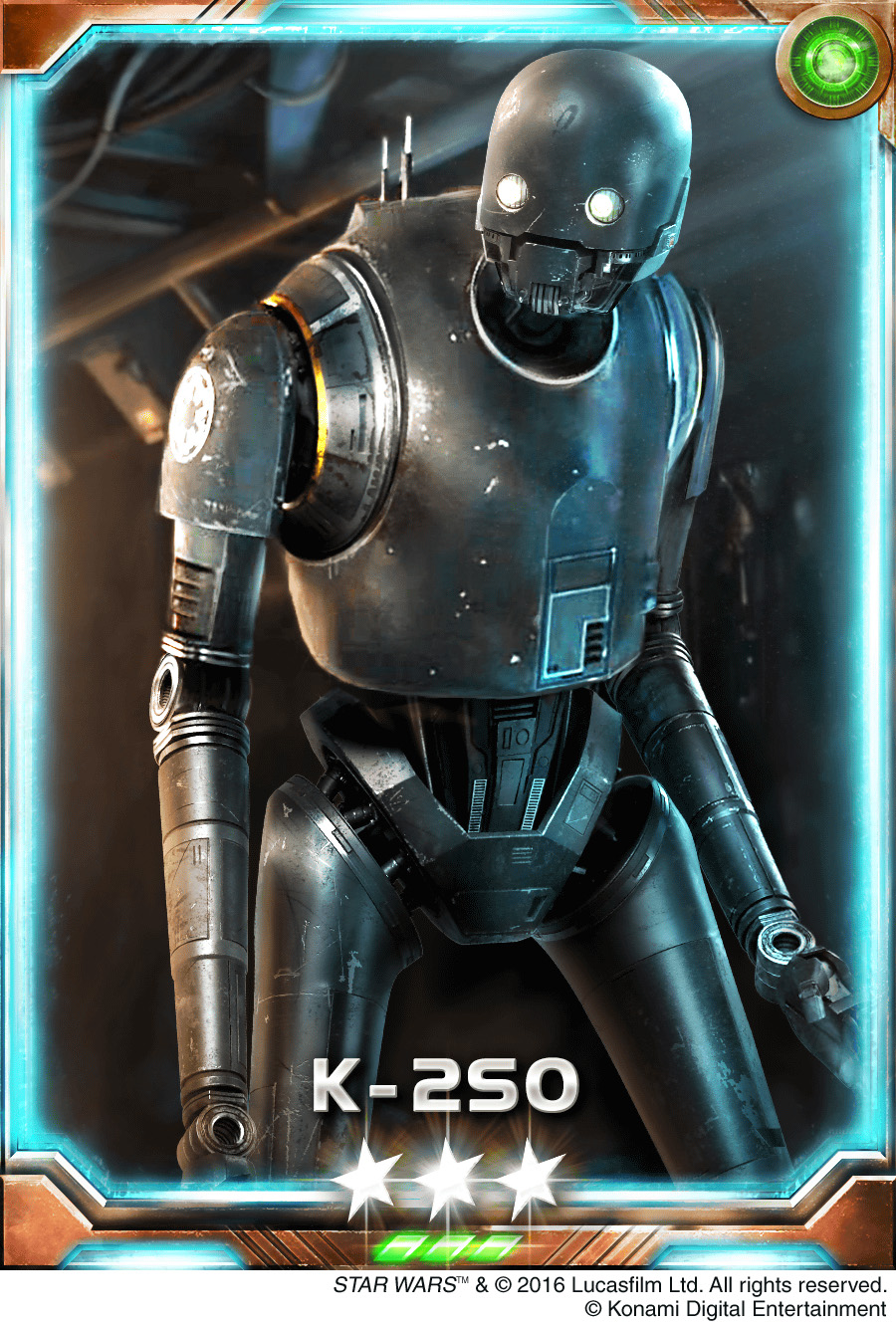 Konami’s card battler is rolling out a third set of cards inspired by Rogue One on Wednesday, December 14. Both the light and dark sides will get some reinforcements thanks to a 5-star Captain Cassian Andor and a brand new 5-star Darth Vader. They’ll be joined by K-2SO, Bodhi Rook, Shoretrooper and Tank Trooper cards.

Previous Rogue One cards included 5-star versions of Mon Mothma, the Imperial Death Trooper, Jyn Erso and Director Krennic. That’s a little something for everyone.

If strategy is more your thing, Star Wars: Commander has had several waves of Rogue One content hit. As you can see in the trailer, the most recent expansion included both new Mercenaries and Starfighters.

The latest Mercenaries include the Security Droid and Drabata Saboteur, and the ranks of the Starfighters have been swelled by the TIE Striker and Fang Fighter. Disney is also teasing more equipment that will hit the game when Rogue One makes it to theaters, so keep your eyes peeled.