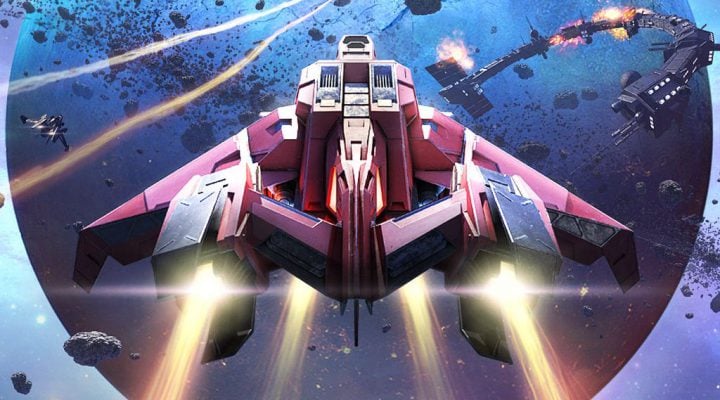 Every now and then, when I play a video game (no matter the platform), I make up my mind about it within the first few minutes. If I love it, great! If I’m not feeling it, I tell myself I should stick it out and give the game more of a chance. Sometimes I come around, wondering why the game was released with such a weak introduction but enjoying the fact that it becomes better later on. Other times I play something like Subdivision Infinity and give up entirely.

I wanted to like Subdivision Infinity. I love space combat/sim games like Galaxy on Fire and even Dangerous (no, not Elite Dangerous). So it breaks my heart to end up feeling so disappointed and downright frustrated with this game. 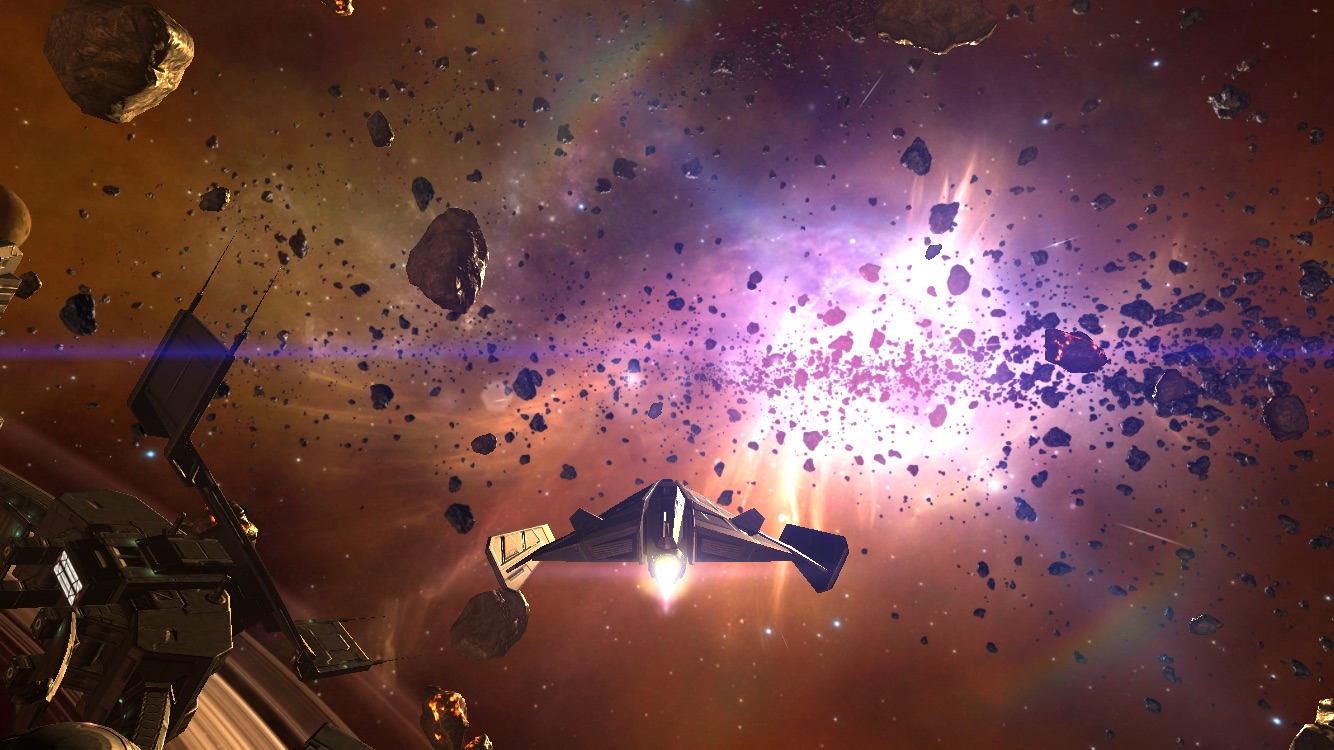 First the good — and there is good. I don’t want to give anyone the wrong impression here. It’s quite pretty. The backdrops for missions and the ship designs are all solid sci-fi space looking stuff. I particularly like the look of the larger vessels, which seem like the sort of things that could exist in the Alien universe.

I can also appreciate how the controls are far less complicated than other games in the genre (especially Dangerous). All you have to worry about is steer, shoot, and boost. It gets the job done without feeling like a metaphorical set of training wheels, but it also gives less battle-hardened players a chance to be the space hero. 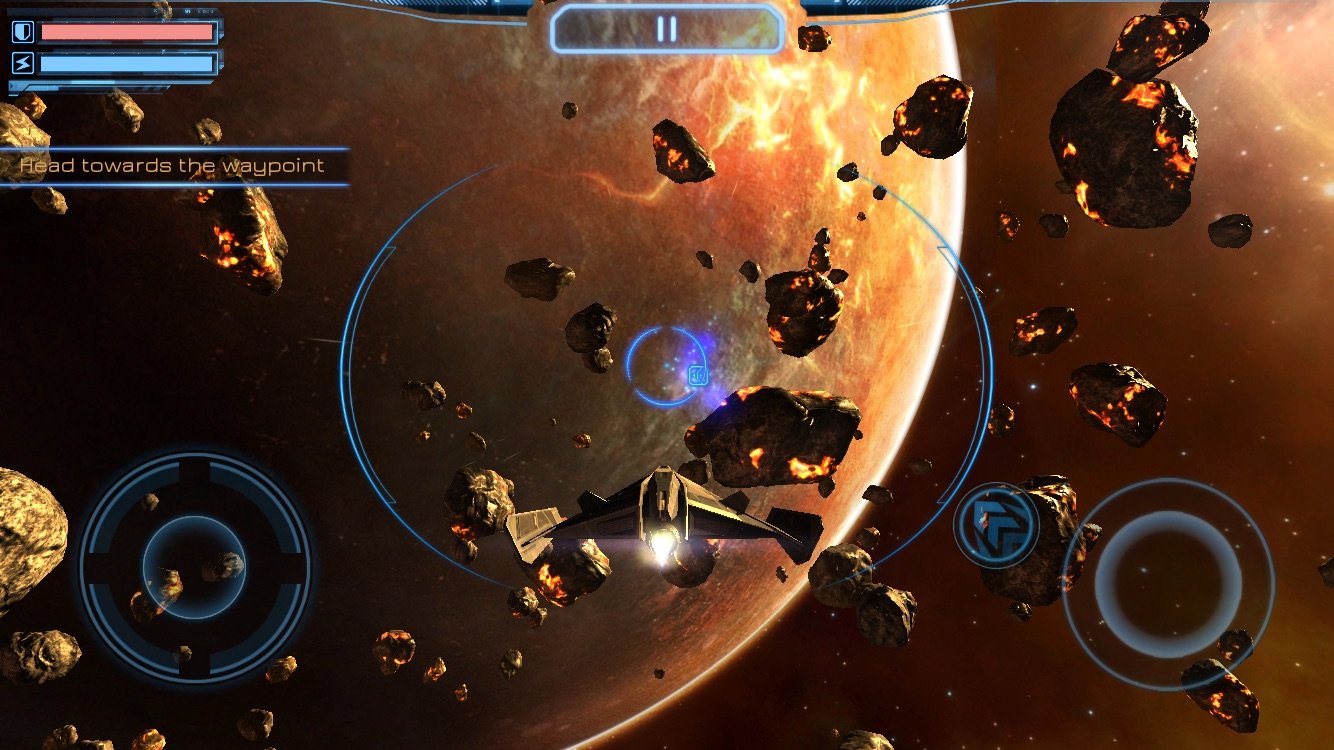 Right about here is when I started to drift off with Subdivision Infinity. I was seeing a good enough space shooter, but nothing was really wowing me. It looked pretty, but there are other equally pretty examples out there. It provided a decent amount of action, but again, it’s nothing new. I wasn’t hating what I was playing, but nothing I was playing stood out to me. I kept thinking about how I’d probably be having more fun playing other games that came before it, rather than jumping to random location after random location, battling an uninteresting enemy in combat sequences often bookended by uninteresting story bits. The character art does look nice, though.

Getting back to those controls for a moment: they might be accessible, but the ships (at least the starter ship) handles like a greased up ball of ice on a grease covered skating rink. The ship slides around a lot. This isn’t a big deal when you’re fighting enemies at range, but good luck getting your targets centered if you’re up close. Good luck getting your ship lined up for a second pass if you accidentally overshoot a warp gate, too. And even gooder luck during boss fights. Yes, there are boss fights. Or at least there’s one. I couldn’t be bothered to try and force my way through the first one, to be honest. 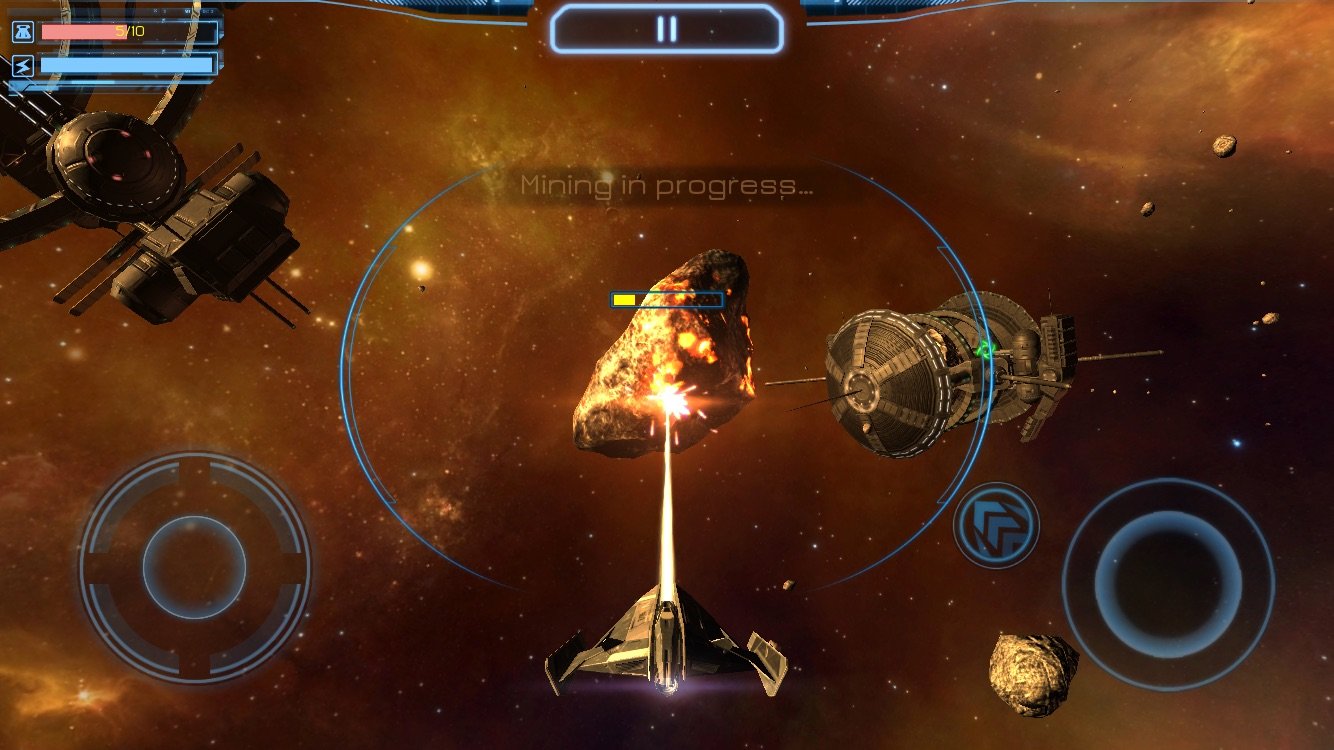 Seriously, I don’t know if it gets better, but that first boss fight is terrible. As with any enemy encounter, you just point the front of your ship at them and fire. What makes it so much worse in this instance is that the battleship you’re up against is a damage sponge that only does three things: shoot at you, fly in a straight line, and turn around.

On top of that, it always manages to find a way to get right into the path of my ship. I’ve fought this thing so many times as of this writing (yes, I still haven’t beaten it and I couldn’t care less if I ever do at this point) and it’s only destroyed my ship via actually shooting it once. Every other time I died because I kept crashing into the damn thing due to a combination of obnoxious pathfinding and those slippery controls I mentioned before. Either way, it’s super obnoxious, and I quite honestly don’t care anywhere near enough about what’s happening in this game to suffer through it. Some may consider that “wrong” because I haven’t played the game to its fullest before writing about it, but I’d argue that if a game makes me want to quit playing this early on, that tells me everything I need to know.

And in a nutshell, that’s why we’re not calling this article a review.

Excruciatingly bad boss fight aside, Subdivision Infinity is a decent enough space shooter. If you’re in the market (and more patient than I am) it might be worth a look. But if you don’t have that patience, you’re better off checking out the competition.