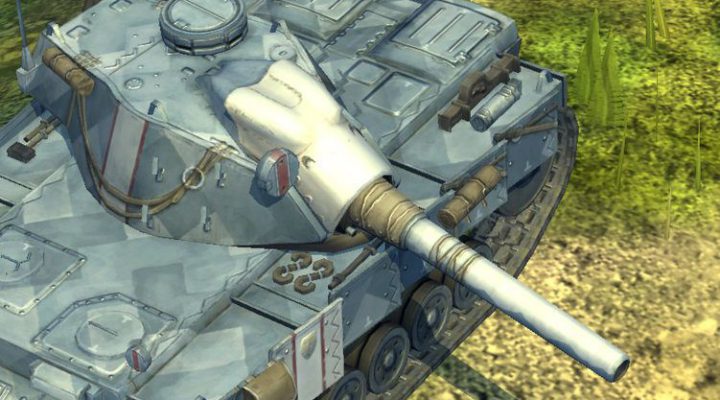 When it comes to surprising yet simultaneously inspired crossovers, Valkyria Chronicles showing up in World of Tanks Blitz makes perfect sense. The former is a tactical RPG series about a fictional conflict not unlike World War II, which includes tanks, and the latter, of course, is all about tanks.

So it’s kind of a stroke of genius that two armored vehicles from Valkyria Chronicles are now live and available in the World of Tanks Blitz premium shop. The Edelweiss is a Tier VII Medium Tank that plays similarly to the T20, and is a tad slower but packs a bigger punch than the German Panther. It’s joined by the Nameless, a Tier VII Heavy Tank (seen in the hands of the bad guys in Valkyria Chronicles) that can tackles foes head on with thick front armor and impressive firepower.

Here’s a quick look at both of these tanks in action:

“We’re so excited to bring the world of Valkyria Chronicles to World of Tanks Blitz,” Takeshi Ozawa, Game Director of Valkyria Chronicles, said in a press release. “World of Tanks Blitz is the game which firmly conquered its niche in the mobile market. It is a hit with the players, and this is a great opportunity for us to unite both titles. We hope that players will like it.”

Both the Edelweiss and Nameless can be found in the Premium Shop for $24.99 each, a price that includes a Garage Slot so you don’t have to sell anything to make room for it. You can also grab both of them plus two Garage Slots for a 10 percent discount.

You’ll want to hurry though, as the tanks will only be available through September 30. Then it’s back to Europa and battling over Ragnite, we assume.

Pet Everything in I Love Fur