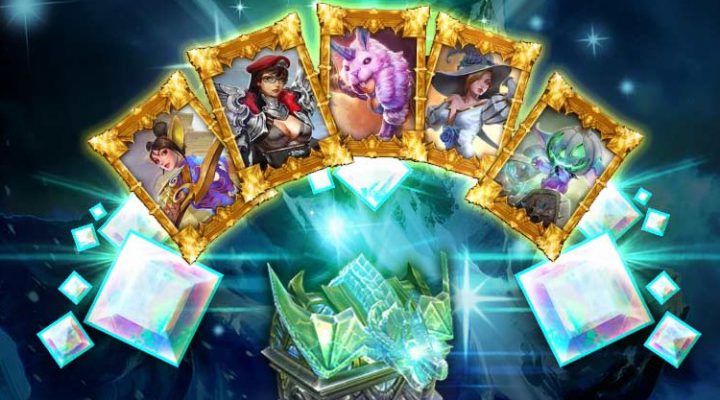 Ever since Brad Pitt’s David Mills screamed about what was in the box, we’ve had a love affair with opening stuff. Okay, I lie. The impulse goes back way further than Seven. Yet Vainglory players weren’t feeling the Season Chest all that much, according to Super Evil Megacorp.

So the devs fixed it. Say hello to the Mystery Chest, which has arrived in Update 2.0. Created specifically to address concerns that the Season Chest just wasn’t cool enough, this new box just waiting to be opened could contain Opals, Glory, Essence or Mystery Keys. It also offers a nice chance (better than 1:3 odds) of delivering a hero or skin, and a much smaller though still real opportunity for a jackpot of one million Opals.

Super Evil Megacorp says even with the most common hauls from the Mystery Chest, the payouts are “consistently greater than in the old Season Chest.” And you have to admit the upside is pretty enticing.

Still, that’s not all that Update 2.0 is offering. There’s also …

That last bit seems especially helpful for Vainglory beginners. Balanced team composition is important, even when you’re first learning to play, and it also helps to speak like the veterans do.

Many more details on Update 2.0 are available now on the official Vainglory blog. It just occurred to me that in all this talk about opening things, it’s almost Christmas, the traditional season of opening. I’m not saying the people at Super Evil Megacorp timed the update to fall around this time on purpose, but that seems like an awfully fun coincdence if they didn’t.

My Horse Prince Lets You Date an Uncomfortably Attractive Stallion