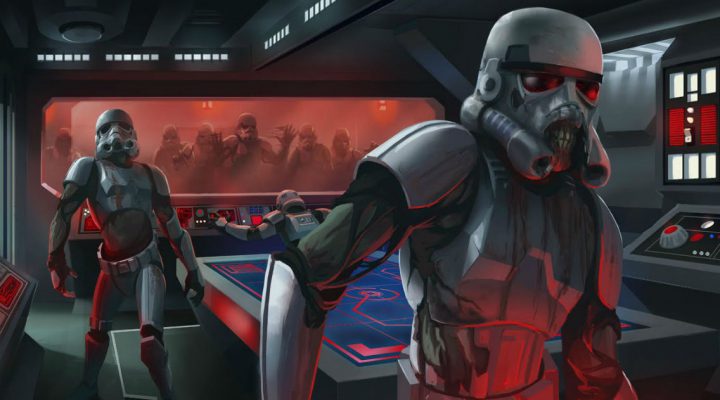 Happy Halloween to everyone living in a galaxy far, far away. This is the time of year young Padawans pitter-patter through the halls of the Jedi Temple, asking for candy (or “suggesting” donations with the help of the Force). Everyone knows to stay away from mean old Mr Skywalker’s place, though. According to whispered legend, he once cut down a bunch of kids using an axe. An axe shaped like a lightsaber.

Okay, Halloween isn’t actually celebrated in the Star Wars universe – not traditionally, anyway. But that doesn’t mean Star Wars fans can’t have some fun on Samhain. On Thursday, Star Wars Commander players will be able to play a campaign called “The Sickness,” which is as ominous as it sounds.

In The Sickness, an army of zombie-like “Death Troopers” arise on Dandoran and begin terrorizing all that is warm-fleshed. The outbreak is a result of a big “Oops” at an Imperial research lab. If you’re part of the Rebellion, you must locate the source of the plague. If you’re an Imperial, you need to do some fancy cover-up work. Whatever your alliance, you need to get this whole Death Troopers jazz under control.

The Sickness campaign will be available on October 30, one spooky day before Halloween. Need some help taking down Stormtroopers that still have all their flesh intact? Consult our Star Wars Commander strategy guide.

Rovio’s RETRY Is out Now