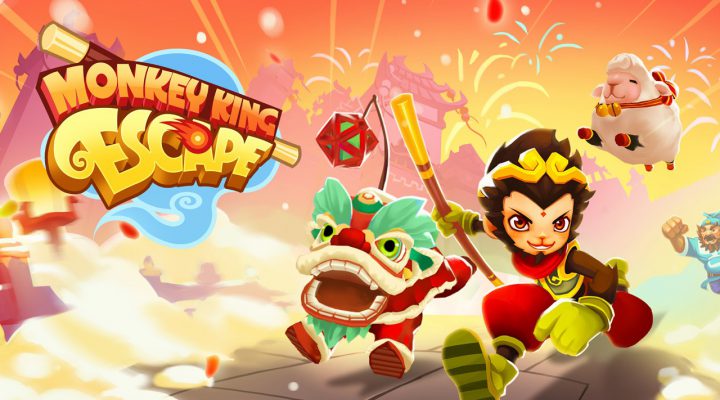 In Monkey King Escape players take control of Sun Wukong as he makes his way through the game’s levels. Also known as “The Monkey King”, Wukong has the ability to transform into animals, which players will also be able to do to achieve certain abilities. Ubisoft gave the example that Wukong can transform into a sheep (The Year of the Sheep begins Thursday) in order to slow down to be able to more easily avoid obstacles.

Sun Wukong originated in the 16th Century Chinese novel, Journey to the West. In the novel, Wukong rebels against heaven but is then captured and trapped beneath a mountain for 500 years.

No word on how closely the game follows the novel, but I did spot Ne Zha in the trailer, the Lotus Prince who befriended Wukong during his adventures. More of the novel’s characters may be included as well.

Monkey King Escape is available now for free on Android and iOS devices.