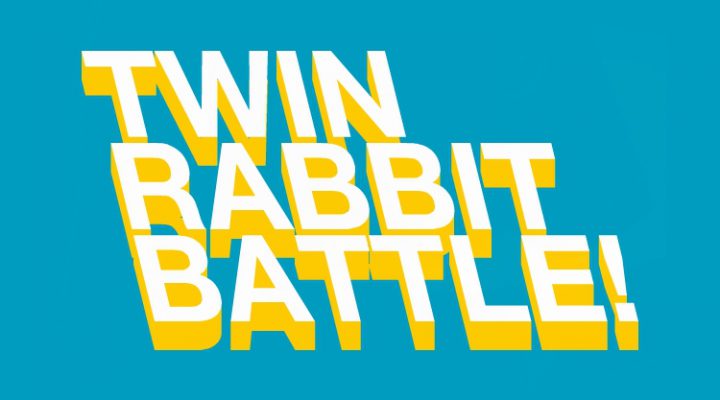 I doubt there’s a child or former-child alive that hasn’t played the ridiculously simple, classic card game known as War. Each player is given one half of a 52-card deck and turns over one at a time: whoever has the larger number wins that round. Twin Rabbit Battle is built on this basic premise but introduces some much-needed strategy to the card-flipping game, along with two charmingly antagonistic bunny brothers. 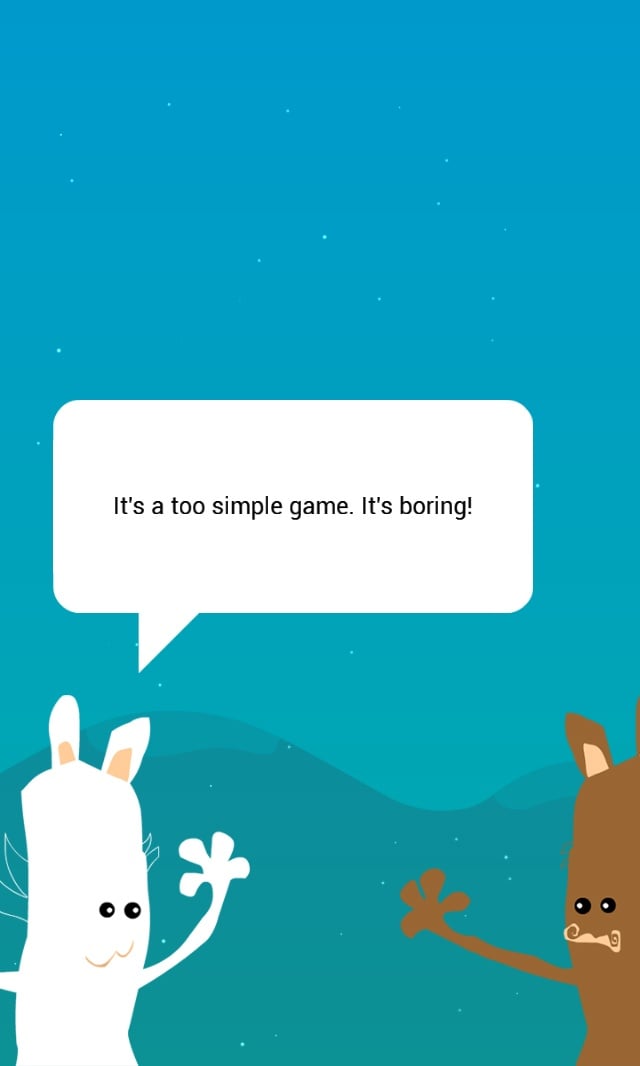 The “plot” of Twin Rabbit Battle is—as the rabbits themselves acknowledge—just an excuse to play the game, but involves the two fighting to decide who hates the other more. In single-player matches, your rabbit will play against his mustachioed evil twin in an attempt to win new cards permanently added to your deck. This presents as something of a mini-game itself, requiring you to progress along numbered spaces by playing cards from your deck and landing on spots that either reward cards or initiate battles.

Those battles are the heart of the game, though, and are where the War inspiration comes in. In each challenge you’ll have a set number of rounds, starting with a minimum of three and increasing as you progress. Each round awards its equivalent number of stars: one star on round one, two on round two, and so on. The goal is to finish the final round with more stars than your opponent, which will win you the match and—in the single-player campaign—allow you to continue along the map. 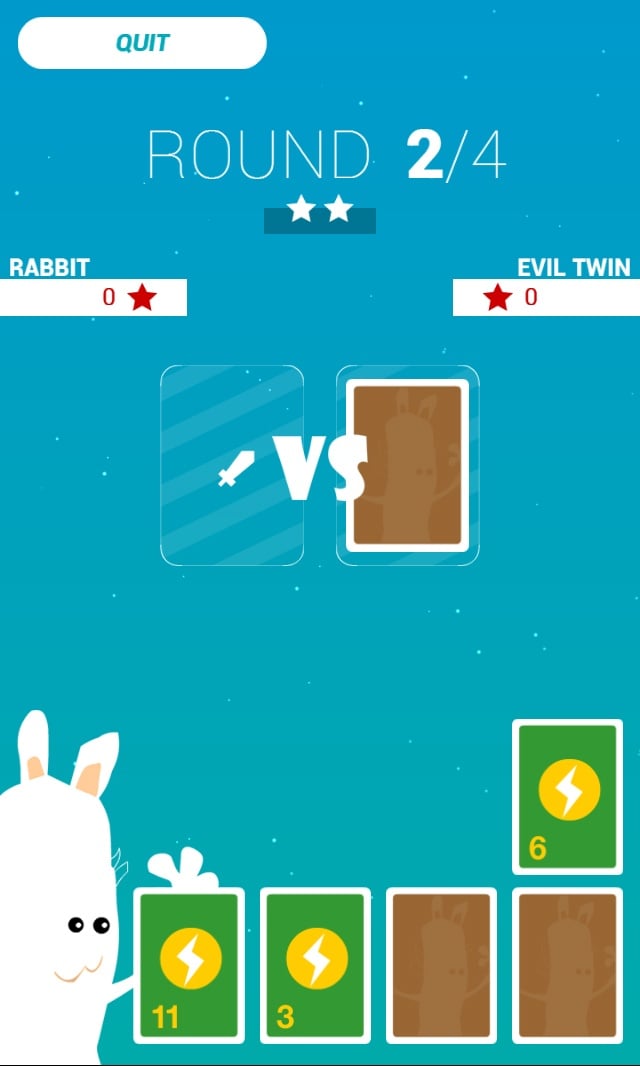 During each round, both players play one card from their deck: the player with the highest number wins. Unlike standard War, however, there are a few extra mechanics that require additional planning. First, instead of just flipping over the next card, you always have three cards to choose from. This means you could intentionally choose to play a low-value card to save a high-value one for a later round. Since rounds increase in star value, throwing an early round to snag a later one is often beneficial. 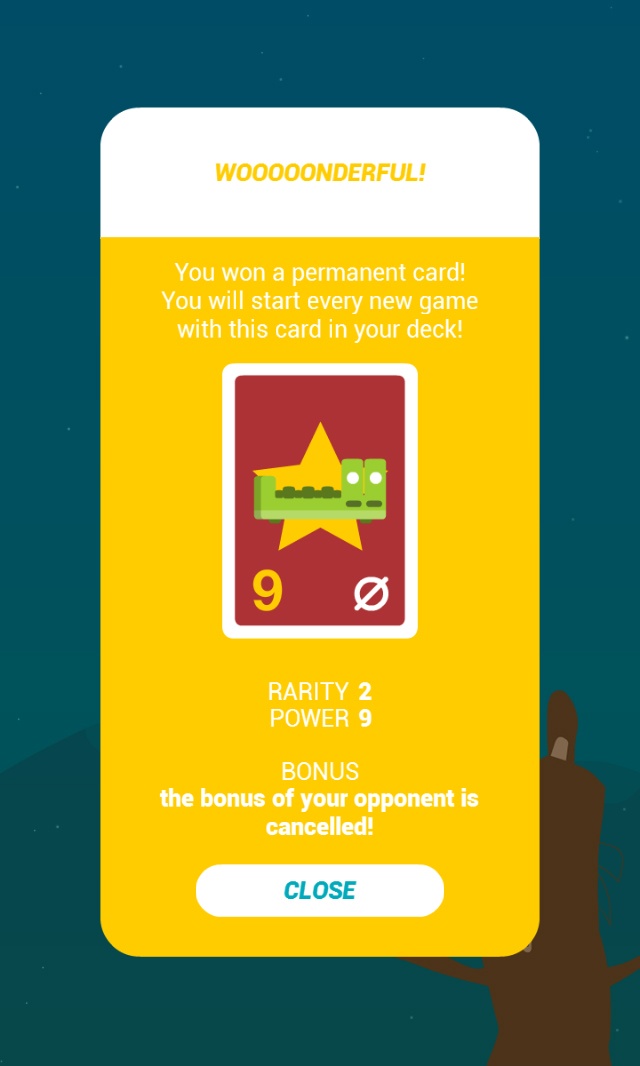 However, even if you save an extremely high-numbered card, you aren’t guaranteed a win. In addition to standard numbers, there are also cards with bonus stats. These offer a variety of extra abilities, from adding extra stars to a round to switching card values with your opponent. This means you could play a useful 10, but if your opponent plays a 3 with the swap ability, you’ll end up with his 3 and he’ll win the round. There are also rounds that allow for playing two cards in a row, which lets you double up on bonus abilities if your deck is appropriately stacked.

These little additions make for a surprisingly thoughtful variation on the War formula without being predictable. On top of the engaging gameplay complete with online multiplayer, Twin Rabbit Battle is simply charming: the special ability cards are adorned with adorable animal mascots from DinoMerguez’s first game, Noah Should. And the developer’s personality shines throughout. They “made a free game without any in-app purchases! And we didn’t see our families for months,” and the result is a shocking success: they made War fun again.

You can download Twin Rabbit Battle and try it for yourself from the App Store and Google Play.