Home / Play / The Troof Is out There: Potatoman Still Marvelous, Now on Mobile

The Troof Is out There: Potatoman Still Marvelous, Now on Mobile 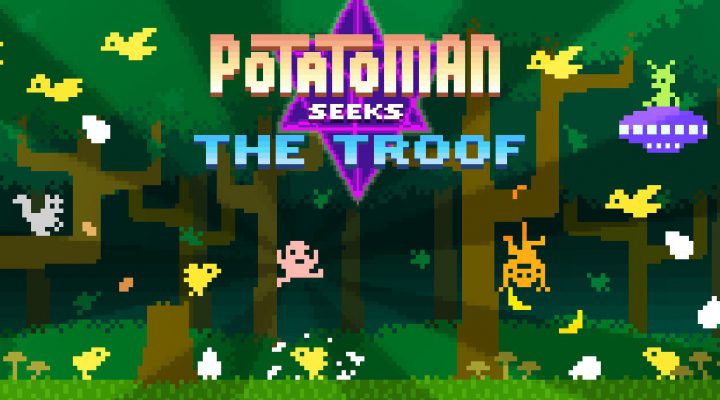 And if you ask me, the answer to both lies not in the message, but the medium.

Truth is a malleable concept; it’s about perspective. And as you play, you’ll find that the gameplay is a reflection of this. Most games have fixed rules. You learn the basics and try to master them across X number of worlds. But here, the truth changes. A cactus may be a thing you jump over the first time you meet one, and the next time it’s something that doubles in height. Then you encounter a row of them that would be impossible to cross… so they jump and you run under them.

In a nutshell, Potatoman Seeks the Troof is a commentary on the elusive, unfixed nature of truth. What is the truth of the cactus? Whatever the truth happens to be when you meet that cactus.

And if you completely disagree with me, that’s awesome – and, strangely, proves my point. My troof about the game isn’t your troof about the game. Like Potatoman, we can seek the troof, but we can’t really find it. There is no truth, just our opinions. Art, life – everything: it’s open to interpretation. Even video games.

Potatoman Seeks the Troof arrived on iOS last week, and I can’t recommend picking it up strongly enough. The ever-changing nature of the game provides an immense challenge, so don’t expect to breeze through it – but if you’re a fan of unique titles, and want to see some wonderfully executed touch screen platformer controls, this one’s a no brainer.

Download Potatoman Seeks the Troof from the App Store for $1.99.