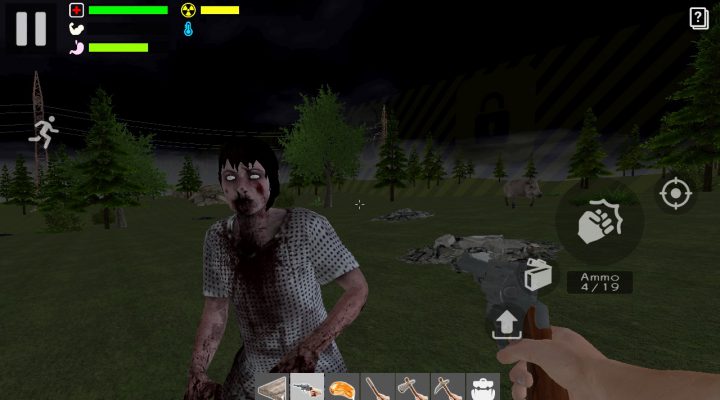 As a seasoned Day Z player, being stranded in a hauntingly desolate Russian landscape with no supplies no longer sounds intimidating to me. As someone who has played a half-dozen crafting games in recent memory, the notion of slamming my fists into a tree to make wood now comes instinctively. I had no trouble jumping into The Survivor: Rusty Forest, because not only does the game take place in a few acres of abandoned Russian wilderness, but it also features a very simple crafting system.

So simple, though, that it makes little sense. With a campfire, some logs, and some iron ore, I can construct a revolver. That’s not exactly a logical progression right there. But, The Survivor: Rusty Forest is still in alpha, so it’s allowed to not make sense just yet.

What the game should not be allowed to do is mention things on the storefront that are not yet in the game.

“Lay traps and defences to keep a safe perimeter… Defend your base at night.” There are no traps to be built.  In fact, there are currently only ten things that you can create and place in the world. And even if there were traps, there is nothing to defend your base from. There are wandering NPCs that stroll about, but only a few of them are actually aggressive, and even then, only if approached.

Nothing happens at night other than it becomes slightly harder to see.

But wait, there’s more: “Random world generation…randomized with abandoned villages, military bases, deep forests, roads, rivers, lakes, wilderness locations, and more…” Of all of that is mentioned, I’ve only seen a road, and I’ve played on three different maps. You can refer to the screenshots in this article to see how deep the “deep forests” are, and the only buildings I came across that I could actually enter were the same burned-out models stocked with the exact same loot.

In the entire map, there were maybe three buildings within a hundred yards of one another, so calling that a village (or a military base) is quite a stretch. 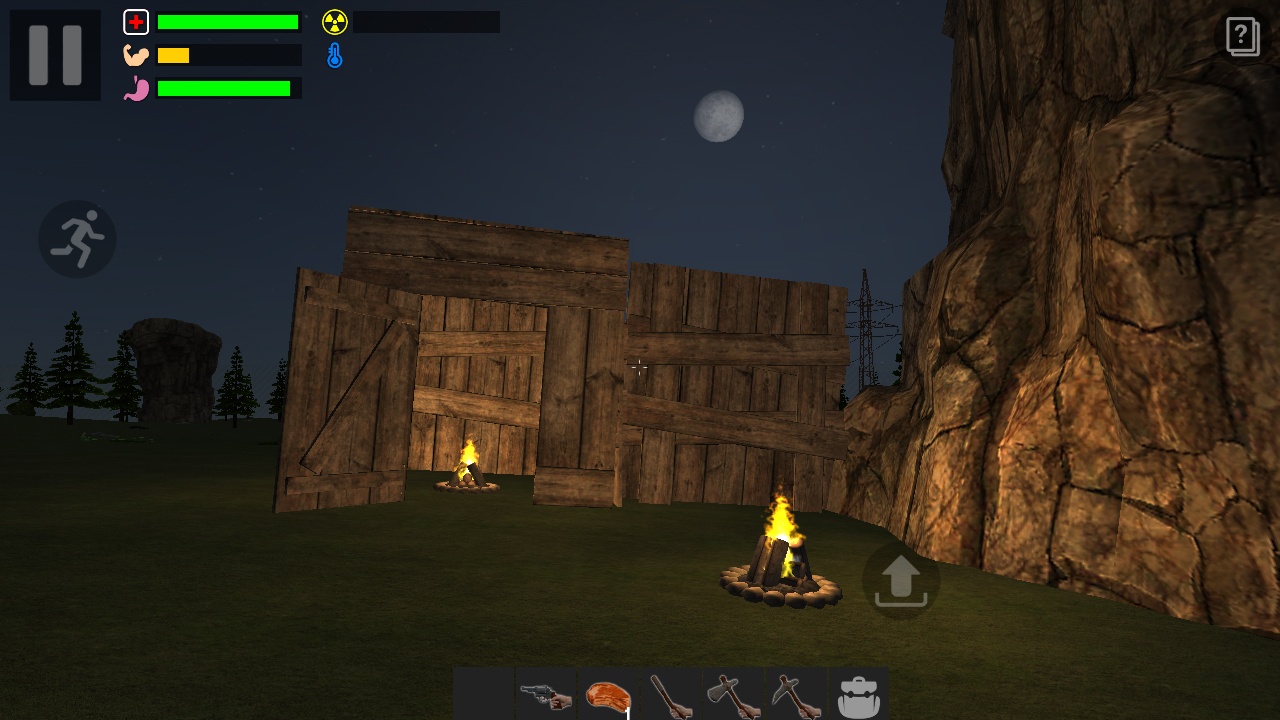 Not to mention that the developers say there are destructible environments, item degradation, a stealth system, and the claim that there are “no save games” when tapping the in-game pause menu brings up the option to load/save the game.

Normally I wouldn’t be so critical of an alpha game, but when things are advertised that are not even part (or close) to the actual product, I get understandably annoyed.

There are multiplayer capabilities planned for The Survivor: Rusty Forest, but currently none of the servers are online. Playing the solo game in its current condition gave me about a solid hour of gameplay before I had crafted everything I wanted to build and explored the entire map.

The controls handled stiffly, which is partly due to the nature of playing a first-person game on a tablet, and partly because the game chugged whenever new territory loaded in. Chasing rabbits down, for food and wool, was a frustrating task because of the precision needed to land a hit on the small creature. The revolver handled much better than the in-hand weapons, but killing an animal with the revolver eliminates the loot that the creature would drop if killed with a hatchet. So the pistol is essentially for self defense.

Beyond the misleading bits, The Survivor: Rusty Forest has a strong frame built for a first-person mobile survival game. A lot of work still needs to be done to make the game engaging, but I am hoping that Starship Studio has plans to address that coming in future builds.

I’d suggest holding off on investing in the game until Starship Studio is a little more honest with their storefront descriptions. On the bright side, buyers who have purchased the game and left a negative review have been responded to by Starship Studio who then provided refund instructions.

You can find The Survivor: Rusty Forest on Google Play.

If Flappy Bird and Canabalt Had a Baby, It Would Be Amazing Thief