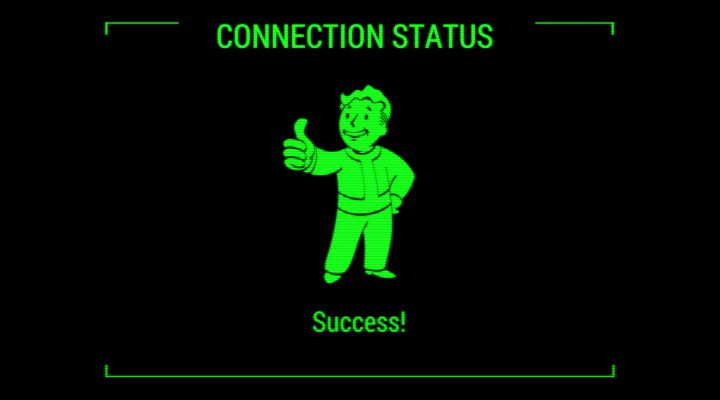 I assume most of you probably threw your phone out the window the minute Fallout 4 released. After all, even the slightest chance of someone calling and interrupting your pre-planned 500-hour marathon is not a risk worth taking, and the ‘silent’ and ‘do not disturb’ features just leave you with “Why haven’t you been to work for three months?” and “You missed your own wedding and this doesn’t bode well for our relationship” messages to deal with after you emerge from your couch-vault in 2016. I don’t blame your phone-tossing one bit. 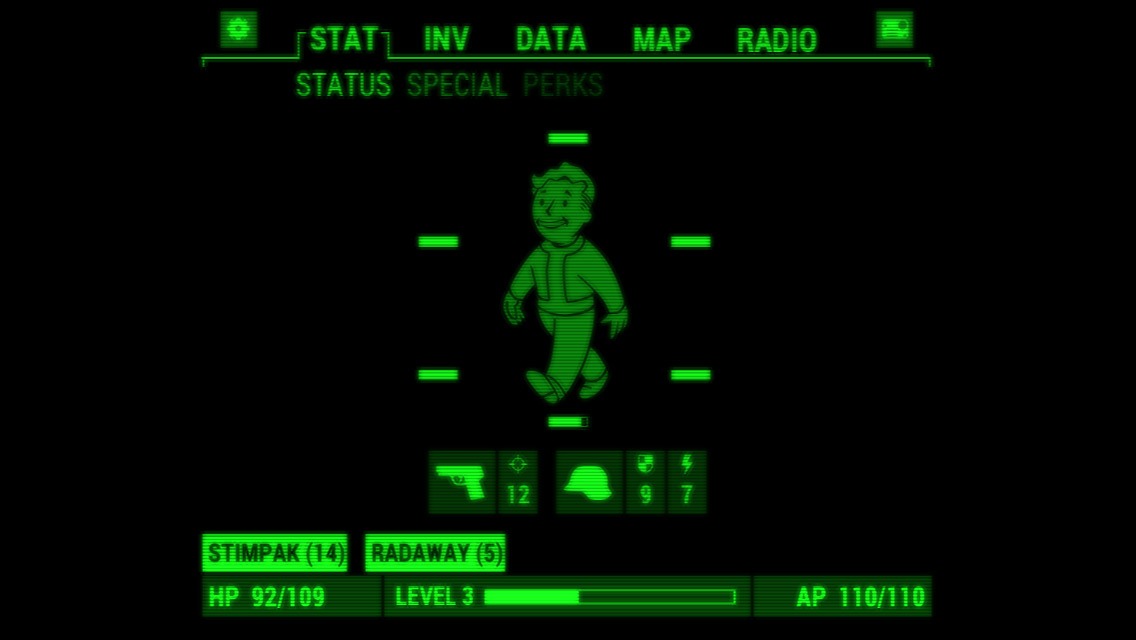 But for those of you who held onto your mobile device and just buried it in the backyard, time to get digging: the Pip-Boy companion app lets you turn your phone into a handheld Pip-Boy that interacts with your active Fallout 4 game in real-time. This has a couple of really cool benefits, both for solo-players and anyone with a significant other who likes to “watch” you play (i.e. has been assigned to taking your vitals every 12 hours). First, it lets you access any of the Pip-Boy menu functions from your phone without opening them up in-game. This includes viewing your stats, equipping or using items, checking quests, fast-travelling on the map, and even just changing the radio station. Basically, if you can do it in the Pip-Boy menu in-game, you can now do it on your phone and see the results in Fallout 4 instantly.

While this could come in handy for Rambo wanderers that want to swap guns mid-battle outside the favorites wheel, its best function I’ve found is as a permanent mini-map. You can open up the world or local map on your phone Pip-Boy while exploring and it will update automatically with your current position and any nearby areas of interest. When you’re lost in a mammoth factory or trying to pinpoint a tiny sewer opening, this is a great way to find a path without pausing the game every five seconds. 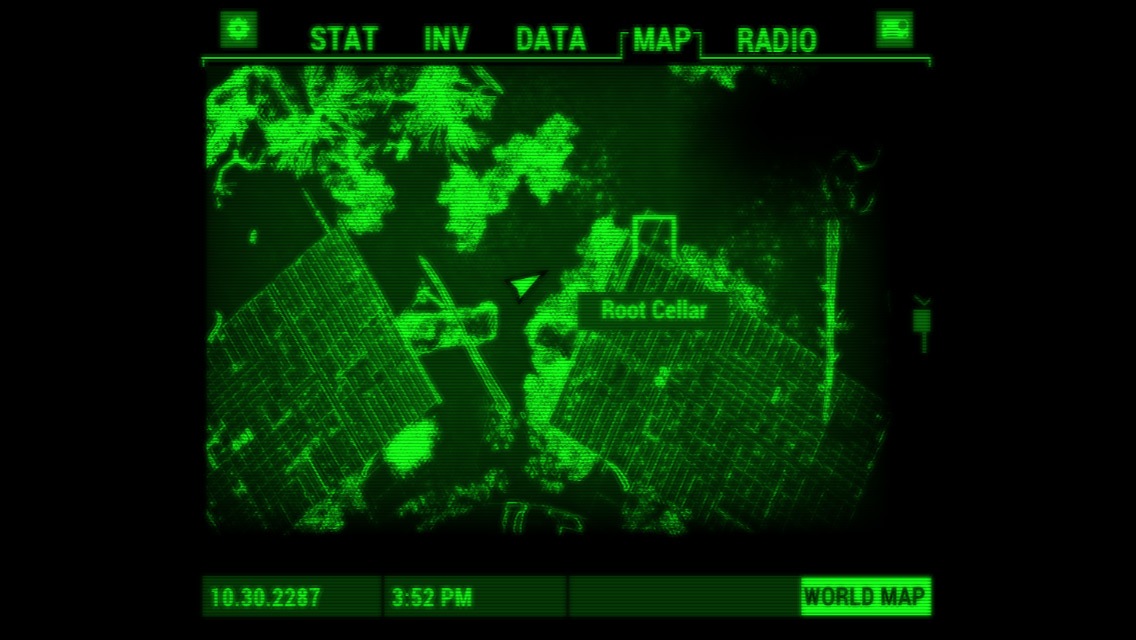 This also means you can inject some two-player opportunities into a strictly single-player game. Hand the phone off to a couch partner and let them manage your healing and equipment. Ask them to play navigator and choose the next destination on the map. Or, just let them go to town with the holotape mini-games you’ve found around the Commonwealth: these also show up in the Pip-Boy app and can be played without interrupting your game (the way a random, un-agreed-upon fast travel to Raiderville might).

The holotape games are Fallout-themed variations on classic arcade titles, like Donkey Kong-inspired “Red Menace” or the obviously-named “Atomic Command” reskin of Missile Command. While they’re more “fun bonus” than selling feature, it’s another nice-to-have when your eyeballs begin bleeding and you have to look away from the TV for a few seconds. 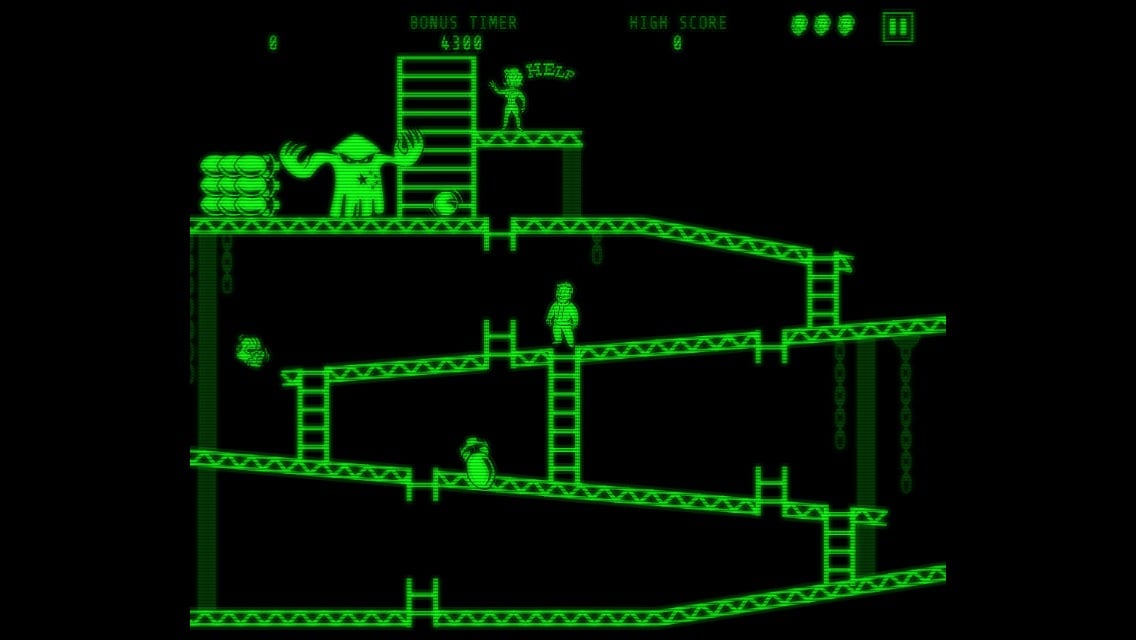 If you don’t have an active Fallout 4 game to connect with the Pip-Boy app, you can still download and use it in “demo mode.” This gives you a look at the different menu options (which you can’t do much with, since there’s no in-game character to affect) and lets you play the Atomic Command holotape. There’s no real reason to download it if you aren’t playing Fallout 4, but it could be a very temporary hold-over if your copy got lost in the mail and you just want to watch Vault Boy walk in place endlessly on the Stats screen, which is strangely soothing.

Fallout Pip-Boy is currently available as a free download on iOS, Android, and Windows phones.