The Force Awakens Come to Star Wars: Galaxy of Heroes 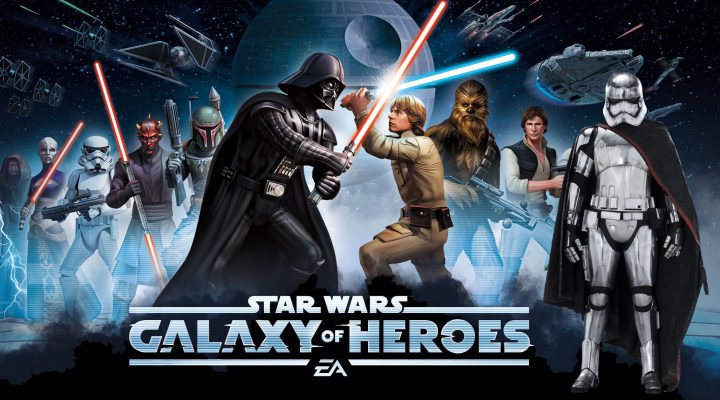 Kylo Ren. Captain Phasma. Finn. Rey. As far as The Force Awakens goes, these are the four big new characters everybody is talking about. They’ve been in trailers, on posters, and in every toy store you can imagine.

And starting today, they’ll be joining the cast of the recently released mobile strategy game Star Wars: Galaxy of Heroes. 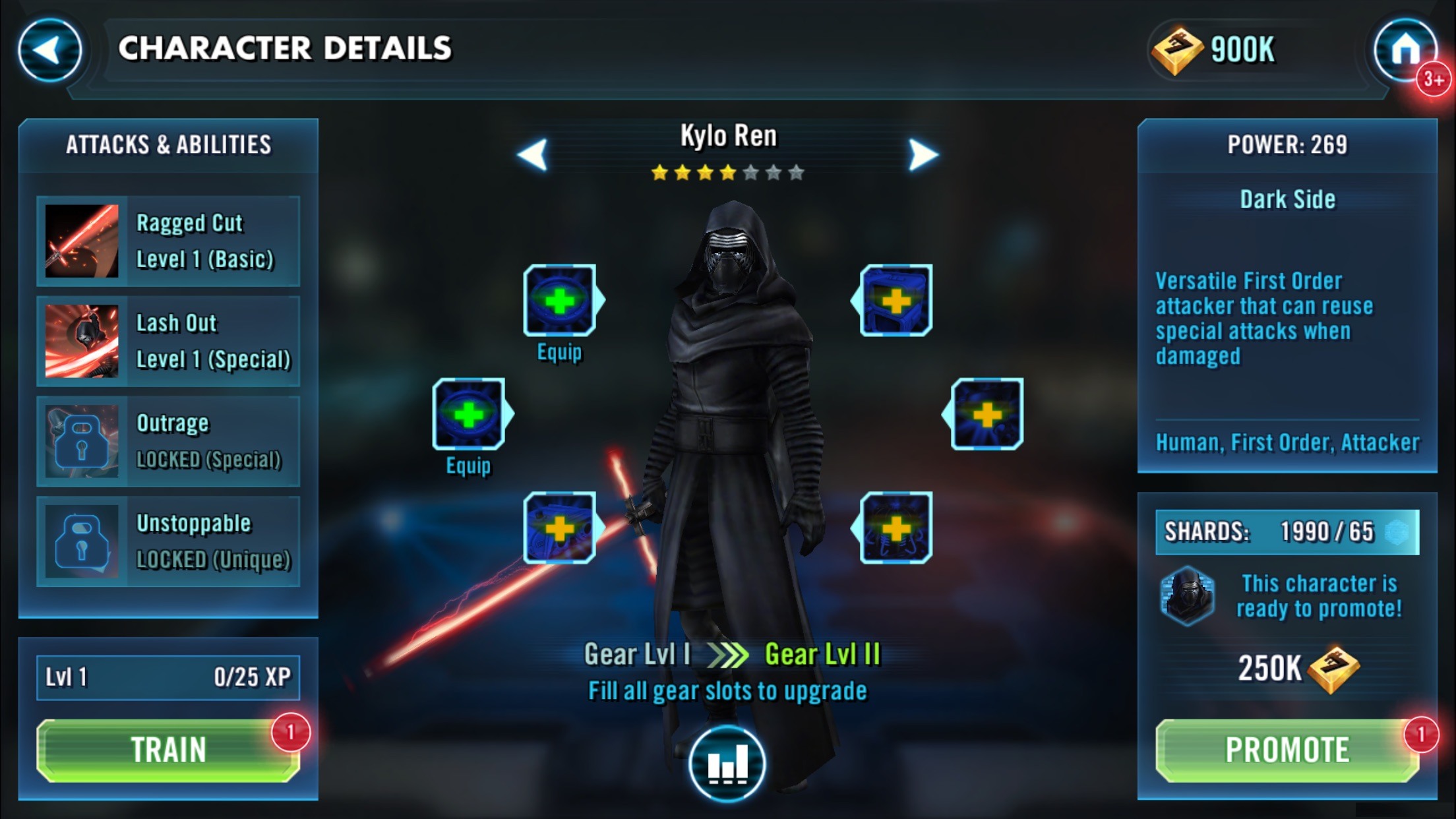 Mixing RPG-style combat with a huge roster of collectible characters, Galaxy of Heroes really hits the sweet spot when it comes to fandom. I’ve played it every day since launch, and have since amassed a group of warriors so diverse that Count Dooku fights alongside Lobot and the Emperor’s crimson clad Royal Guard every night (when I should be doing the dishes). 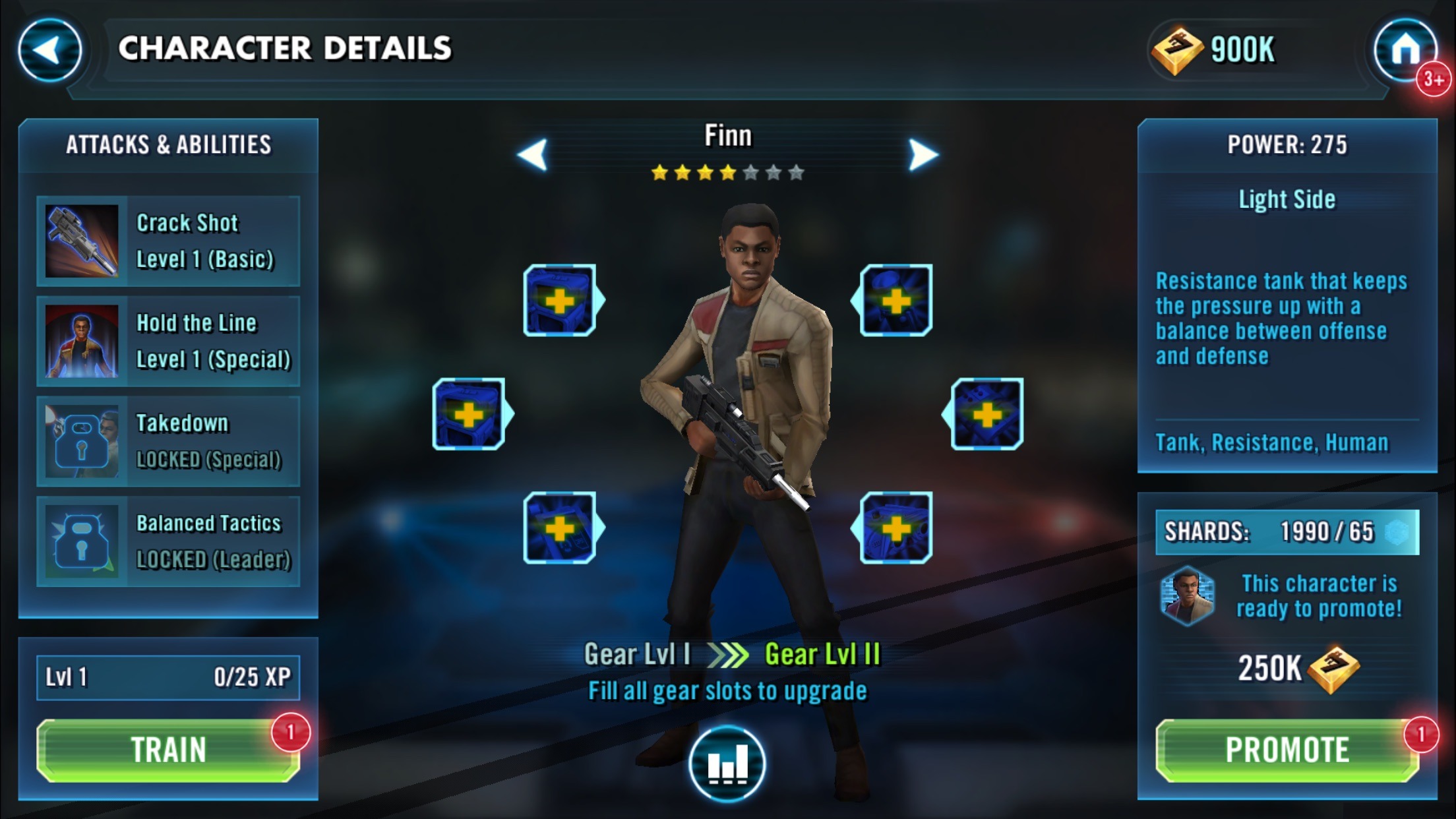 Players who log in between December 18th and December 31st will get a little extra incentive, and that incentive will vary depending on your device. iOS owners will be given the gift of Poe Dameron and a First Order Stormtrooper. Android gamers will get Captain Phasma and a Resistance Trooper.