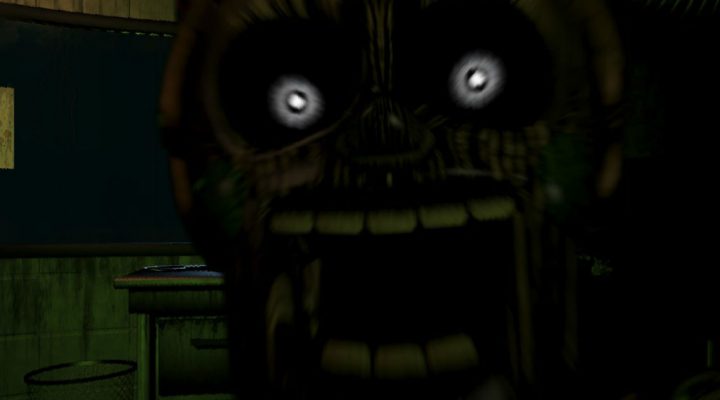 As with previous Five Nights at Freddy’s games, Five Nights at Freddy’s 3 is all about staying on one spot and trying to survive while an unspeakable animatronic horror stalks you. This time around you’re up against a giant rabbit named Springtrap. Don’t count out the old crew, though: Freddy Fazbear, Bonnie, Chica, and Foxy all make appearances, too. Just maybe not how you remember them.

We enjoyed Five Nights at Freddy’s 3 and thought it a proper send-off for the series. Yes, “send-off.” Though developer Scott Cawthon hasn’t confirmed or denied anything beyond a pretty final-looking image of Freddy Fazbear’s empty hat sitting on his webpage, Five Nights at Freddy’s 3 carries a finality that makes it seem like the last entry in the series, or at least the last entry in a trilogy.

Time will tell. For now, enjoy getting the stuffing scared out of you while you take the bus to work. Make sure to turn the volume way, way up when Springtrap gets you.

There are a few different endings to FNAF3: want to get the good one? Be sure to follow our walkthrough, or just bookmark these strategies if you want to unravel the mystery for yourself.