Home / Play / The Best Game You Refused to Pay for Is Getting Bigger, Going Free 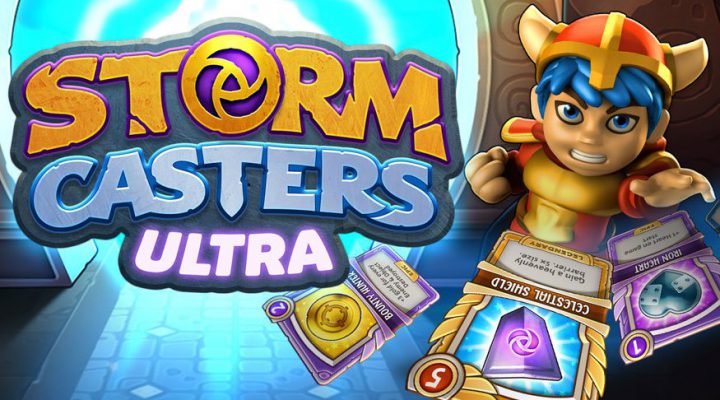 We told you to buy Storm Casters, but you just didn’t listen. That didn’t just suck for you — it sucked for Get Set Games, the Toronto-based studio behind this brilliant little roguelike/shooter/CCG hybrid.

But you just can’t keep a good game down.

Studio co-founder Matt Coombe has reached out to let us know they’re working on a new version of the game dubbed Storm Casters Ultra. They’re dropping the premium model, and instead opting to release it as a free-to-play title. That doesn’t mean they’ll be making compromises to your fun, though. The only things powered by this monetization have been layered on top of the existing experience.

“We’ve added a set of IAP-only Ultra Cards [and] an optional IAP only 4th card slot,” Coombe told Gamezebo. “We offer a set of incentivised videos to revive, gain extra hearts, open a free chest etc… For the most part though, the experience should be almost identical to the original game but with more stuff!”

He’s not kidding about the more stuff. Storm Casters Ultra will have “almost quadruple” the content of the original. And considering the original was one of the best games you didn’t play in 2014, to say we’re excited would be a tremendous understatement.

Storm Casters Ultra is now live on iOS in select markets (hi Canada!), and will launch worldwide on October 1st.

Alto’s Adventure is Coming to Android