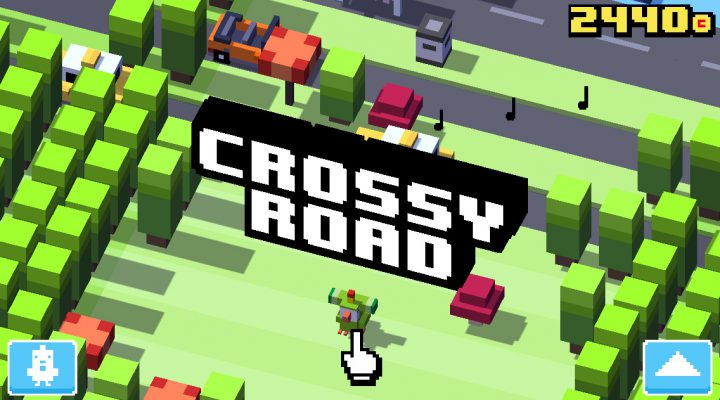 Crossy Road’s character roster is seemingly as endless as its gameplay: with just shy of 200 playable mascots available, there is absolutely something for everyone. With this week’s update, that ‘everyone’ now includes fans of the ball-pushing, stuff-collecting, ultra-Japanese Katamari series. The Prince, Princess, Queen, and King of All Cosmos have rolled their way from Tap My Katamari to Crossyland and made it their own. 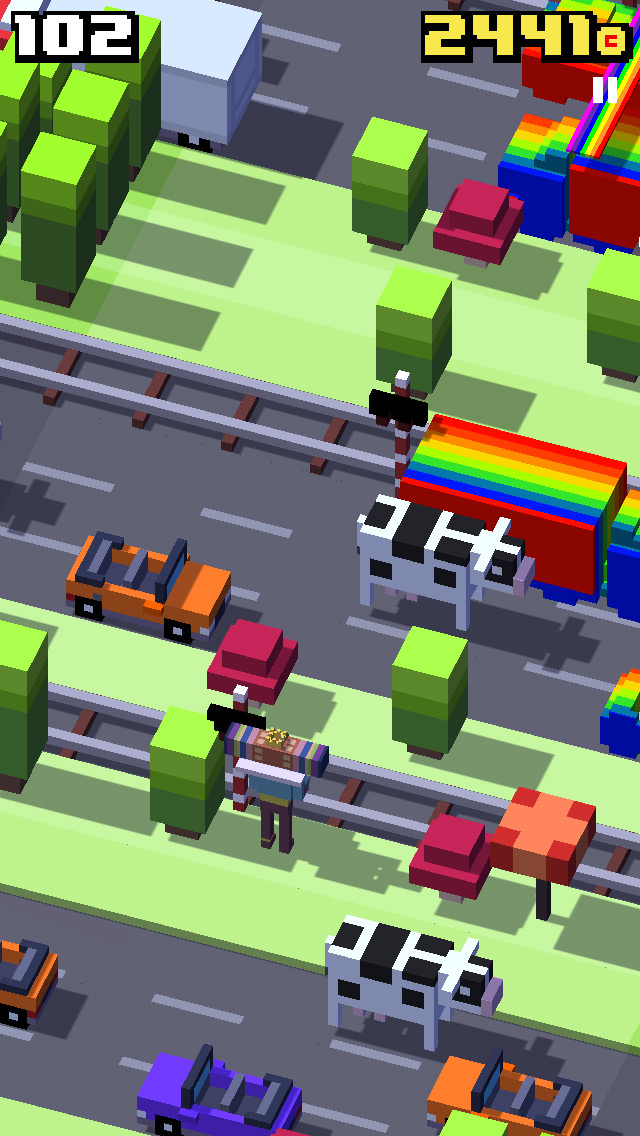 The Katamari map our burrito-headed heroes occupy is similar to the original daytime scene, but with colorfully striped trees, mushrooms, and river planks breaking up the standard greenery while cows run alongside cars. The Prince and Princess roll a Katamari in front of them and can pick up random items strewn about, like chairs, toasters, and stuffed bears, which all continue sticking to their ball as they run. The King and Queen don’t roll Katamaris—of course not—but do shoot rainbow lasers and drop hearts while jumping, respectively.

All four run to the catchy theme from Tap My Katamari, which also accompanies the new Katamari Chicken. She is unfortunately not named the Chicken of All Cosmos, but is still ridiculously cute in her Prince outfit. Both Katamari Chicken and the Prince of All Cosmos are free to download for a limited time, and the other three Katamari characters can be earned by playing as the new mascots and collecting items along your runs. 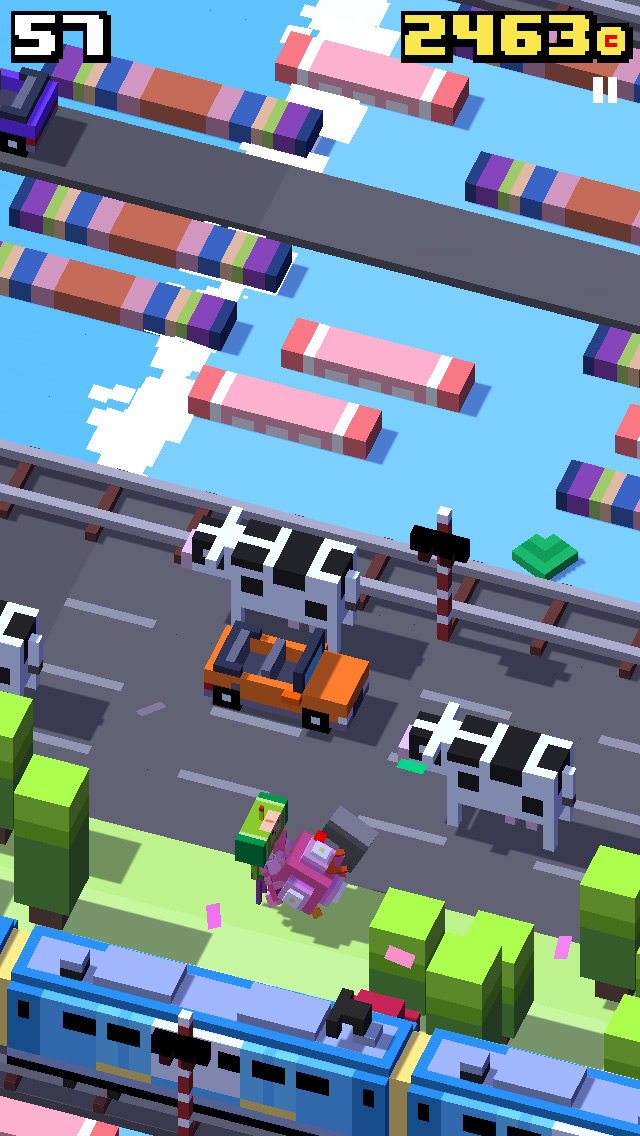 If you’re looking for something more from your end-of-October update, Hipster Whale has also added two new Halloween characters to the roster. Their Halloween update last year already introduced a solid selection of spooky mascots, ranging from a bouncy jack-o-lantern to a clackity skeleton, and this addition rounds out the group with a knife-wielding antagonist named simply “Scary Movie,” and a tiny piece of Candy Corn. Both of these are the standard $0.99 or winnable from the randomized prize machine, and all seven new characters are available now.