Home / Play / Tap (and Slide and Paint) the Frog Faster

Tap (and Slide and Paint) the Frog Faster 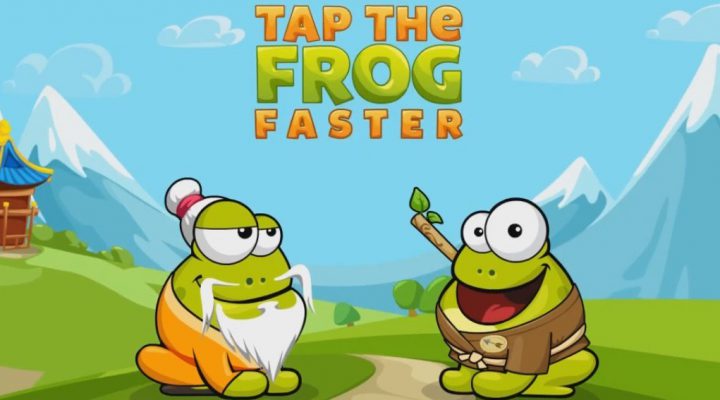 The Tap the Frog series has had a strange history of development and expansion. The first game, Tap the Frog, launched in 2011 and contained a small selection of 16 time-limited micro-games that were adorable but failed to capture our reviewer’s attention for long. When the second game released in 2012 under the same name, developer Playfo changed the first game’s title to Tap the Frog: Doodle to differentiate between the two, but continued adding to and iterating on both games. After numerous updates, Tap the Frog: Doodle now features over 80 games and a huge wardrobe of items used for frog dress-up, while Tap the Frog only boasts 18 challenges alongside a few same-device multiplayer options. 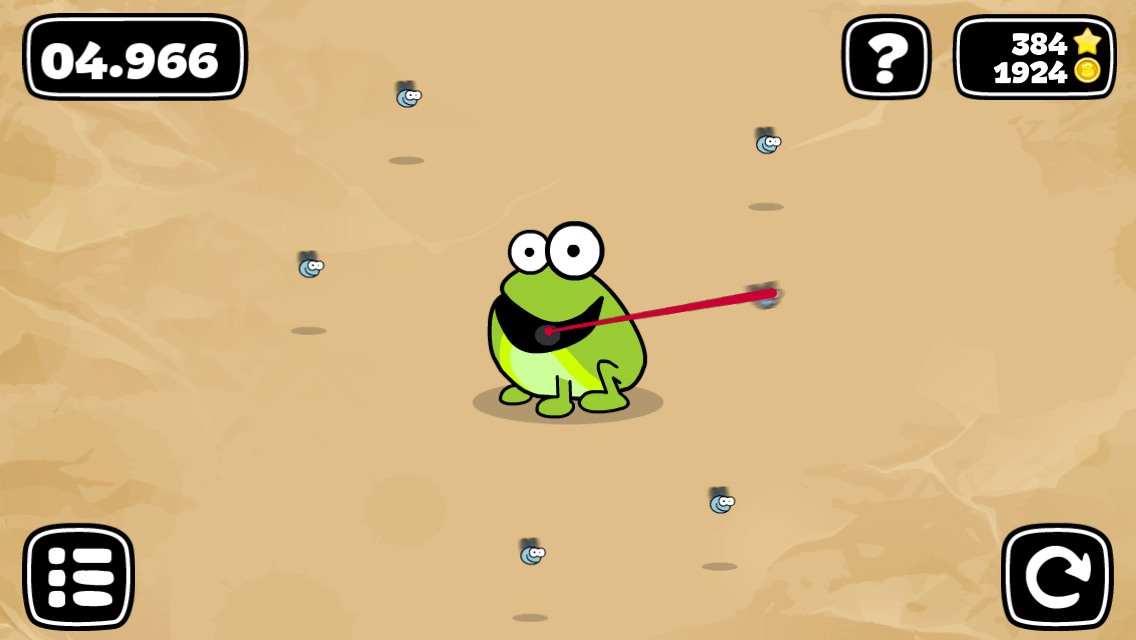 Between those two, Doodle seems to be the favorite child, although it’s a tad unfair to compare them directly. Despite both being Wario Ware-esque mini-game collections, Doodle focused on completing a task in a set amount of time and graded you on how long that task took. For instance, “catch the flies,” “bathe the frog,” “row the boat,” etc. The timer would count up from zero and your score would be whatever the timer was at when the task was complete. This created a series of extremely short challenges that often lasted less than 10 seconds if you were even remotely good at completing them.

Tap the Frog (2), however, tasked you with similar challenges but utilized a timer that counted down, thus awarding points for how much of the challenge you were able to accomplish. So, instead of “catch eight flies” being the goal, Tap the Frog would ask you to “catch as many flies as possible in 30 seconds.” Since you could earn additional time while playing and extend the clock, Tap the Frog’s games typically lasted much longer, upwards of a couple of minutes on a successful roll. Both games allowed you to play the mini-games of your choosing; although you had to play all of them at least once to unlock new challenges, they were self-contained and you could play only your favorites if you desired. 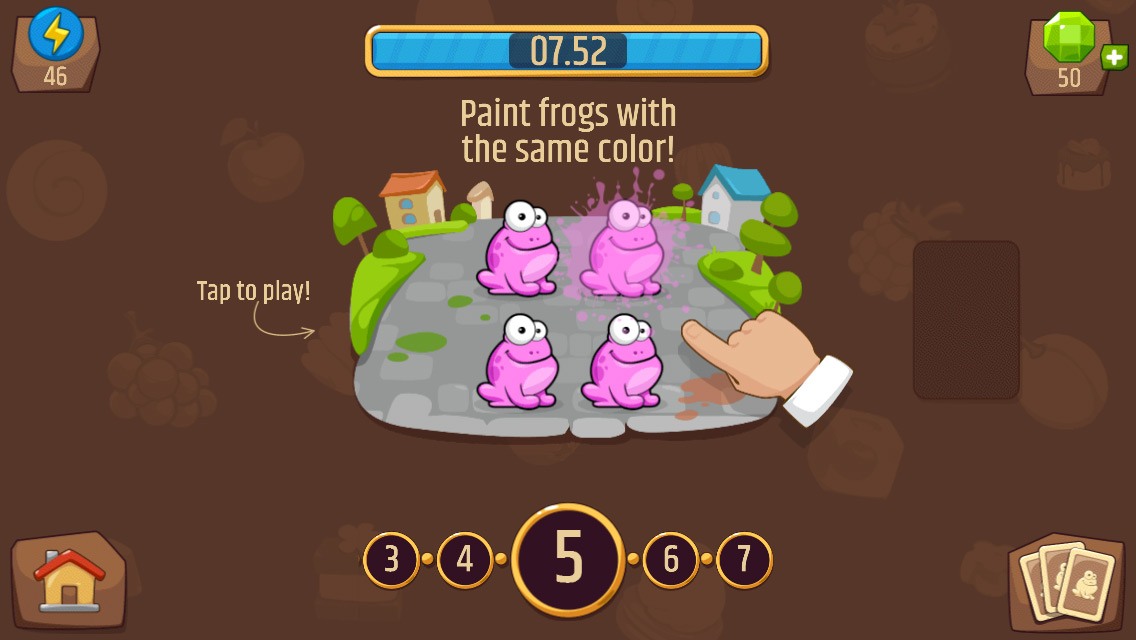 Tap the Frog Faster is the third and newest addition to the series, and it combines features from both of its older siblings to create a hybrid that is both familiar and unique in its execution. Instead of standalone games you can select one at a time, Faster presents an endless wave of mini-games that must be tackled in the order they appear. Players will no longer pick which game they want to play and aim for a high score in that game individually. Instead, a countdown timer is present for the entire “run” and completing a game awards bonus time that allows you to keep going. The games within each run feel more like Doodle since you have a set goal that must be completed, but the constantly-counting-down timer provides the hectic rush of the sequel.

Although the mini-games themselves are reminiscent of (and at times identical to) the previous entries, Faster introduces a few new ideas to the series. To begin with, it’s the first title to feature any sort of story, starting with a cut scene that depicts our listless frog friend deciding to pursue a martial arts career. His mini-game challenges, punctuated by the occasional “boss fight” against sumo wrestlers and ninjas, are the training he must undergo to become an expert frog fighter. There’s also a simple collectible card system that awards cards associated with specific mini-games and which give bonus time on those games. If you have two of the same card, you can level them up to earn even more time, creating a way to advance to higher levels in a run without magically becoming faster than is humanly (froggily) possible. 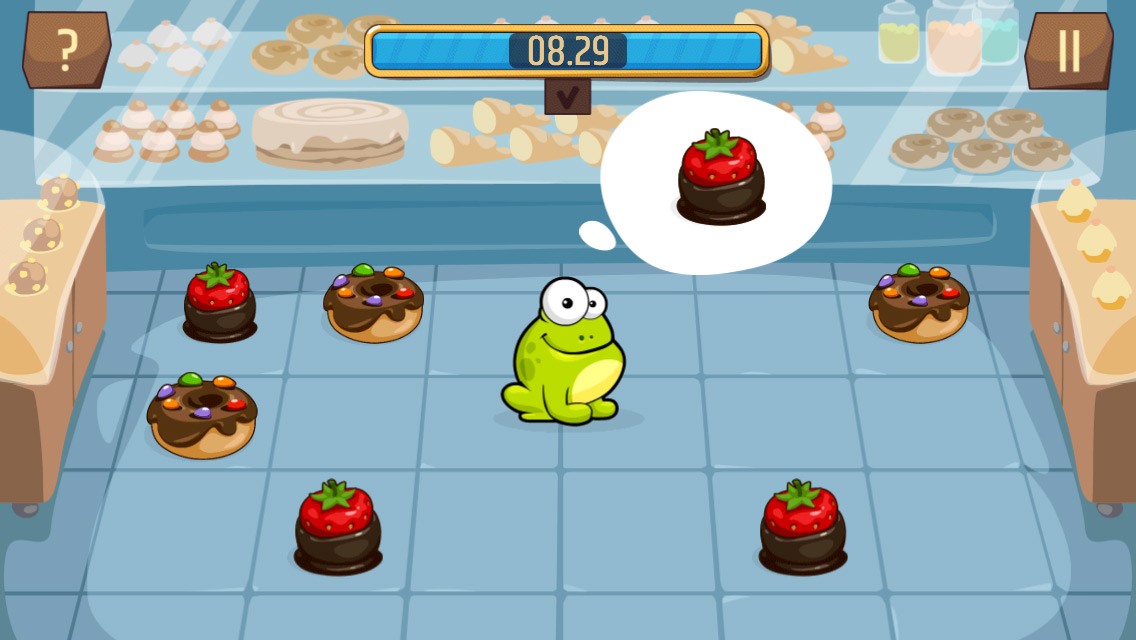 Faster has also added an energy system and premium currency, which is somewhat understandable—the previous two games were entirely free-to-play, with Doodle’s only potential for monetary gain coming from its optional frog costumes—but we’ve yet to see if the energy system will be restrictive or not on a game that is all about frequent micro-plays. There is a way to buy out the IAPs for a very generous 99 cents, but it’s only available via “Kids Mode,” which removes the game’s timers (and challenge) as well. But since the previous two games were so generous with playtime, we’re hopeful Faster will prove to be, as well.

If you haven’t played any of the Tap the Frog games, we really recommend starting with Doodle. It’s a massive collection of mini-games at this point with absolutely no cost to entry, plus a fun frog dress-up distraction that lets you create a frog Batman with sheep sidekick (among other, slightly less awesome styles). Faster seems like a good direction for fans who have been around since the start, but its restrictive run-based plays fail to show off the diversity and randomness that have been a staple since the series’ humble, endearing beginnings. Those beginnings are still a treat to play even now, four years later, and Tap the Frog Faster is a great reminder of that.

Plants vs. Zombies 2 Gets Prehistoric with Jurassic Marsh Update