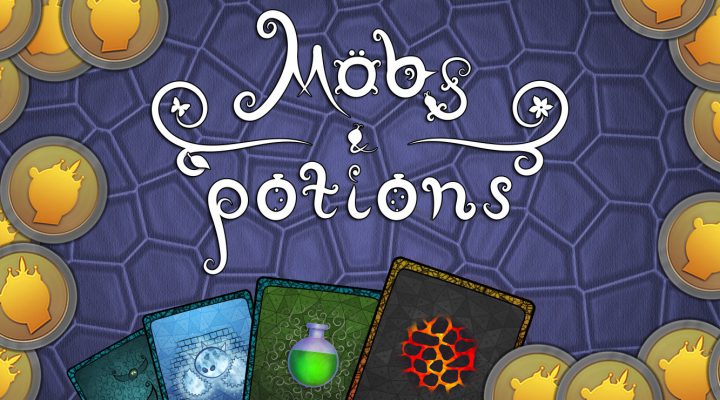 Mobs & Potions is a wonderful, quick to jump into arcade game that been our go-to diversion for the past few weeks. Although it’s perfect for 5-minute bursts, we often find ourselves spending much longer sifting through its lovely deck of cards, playing “just one more” round ten rounds in a row. Its RPG twist on a familiar game type is implemented seamlessly, adding depth to a typically content-lite genre while maintaining the fast-paced, high score focus that fans crave.

The core genre at Mobs & Potions’ center is sorting items: this type of game is prevalent on the App Store, whether you’re sorting just colors, balls, or bizarre mushroom faces, but it’s usually simply a matter of swiping items where they belong and calling it a day. Reigns took this mechanic and turned it into a decision-making tree that told an expansive choose-your-own adventure story. Mobs & Potions uses it as a way to speedily slay monsters or chug health potions on a laser-focused quest. 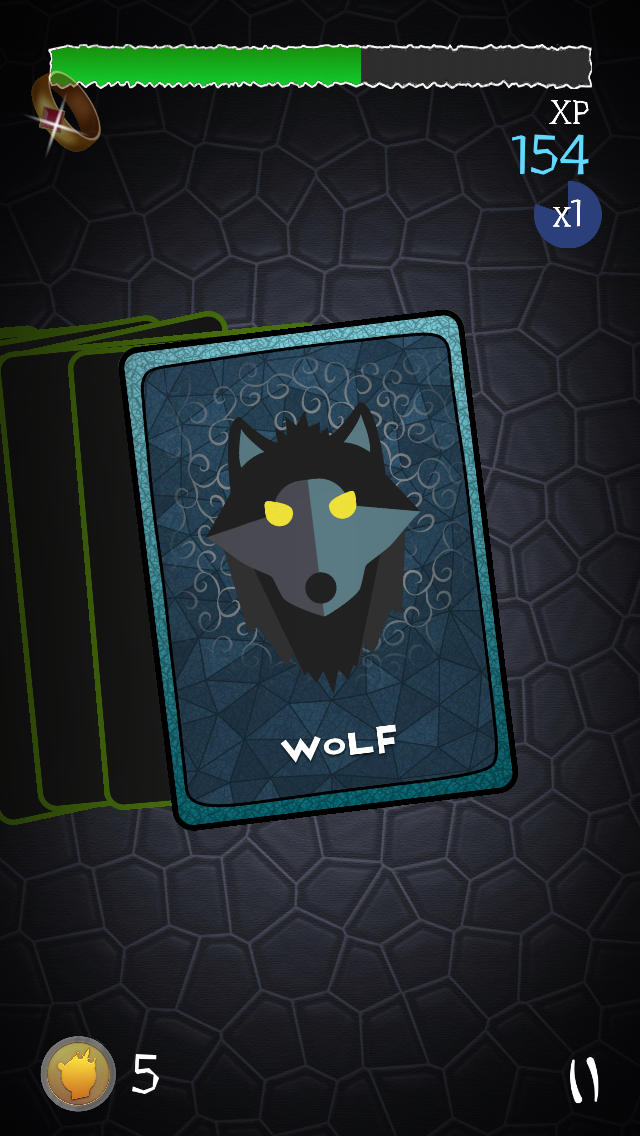 Each playthrough presents you with a deck of cards. Only the top card is visible at any time: your sole task is to swipe that top card either left or right. Swiping right will slay a card, disposing of it. Swiping left will use a card, applying its benefits (or detriments). The cards represent a variety of adventure-based items, such as enemies—wolves, bats, ice golems—and items—health potions, coins, crystal balls. You want to swipe right on anything that might hurt you, like the enemies, bottles of poison, or lava, while swiping left on the helpful items like health plants.

There is a timer at the top of the screen constantly counting down, but this timer is also your health bar. If you successfully swipe left on health-giving items, they will replenish part of your health bar and thus give you more time. If you swipe left on dangerous cards like rats, you will lose some HP and time. The more cards you swipe correctly in a row, the higher your score multiplier—which also acts as the EXP awarded to you at the end of the round. As you earn EXP you’ll level up, unlocking inherent skills which make it easier to get higher scores: more health/time, more XP from cards, less damage from enemies, etc.

Although the heart of the game is just swiping left or right, it’s amazing how immersive the questing theme is: you enter different “areas” with a higher rate of specific cards, like caves with more bats. Certain items affect gameplay, such as berserk scrolls which allow you to rapidly swipe right as the deck becomes entirely enemies while berserk is in effect. Treasure chest cards provide helpful items immediately after they are opened (swiped left). Coin cards provide money that can be used to buy equipment which improves your skills and chances of higher scores. Quests, like “slay 20 wolves” or “earn 10,000 EXP in one game,” provide an additional goal and challenge besides just high-score chasing.

On top of the really addictive core gameplay, there are lovely little touches that bring the experience to life. A ghostly sword attacks enemy cards that you swipe right; potions make a glugging noise when sent left; all the cards move slightly, whether it’s wolves’ eyes opening or health flowers blooming, giving them a vitality that feels like more than just sorting cards. And, amazingly, there are no ads or in-app purchases: if you collect a crystal ball during a game, you can watch a video ad to receive some sort of bonus—extra coins, EXP, or a second chance to continue your current run. But these are entirely optional (you can also sell the crystal ball without watching an ad) and no ads appear at any other point in the game. 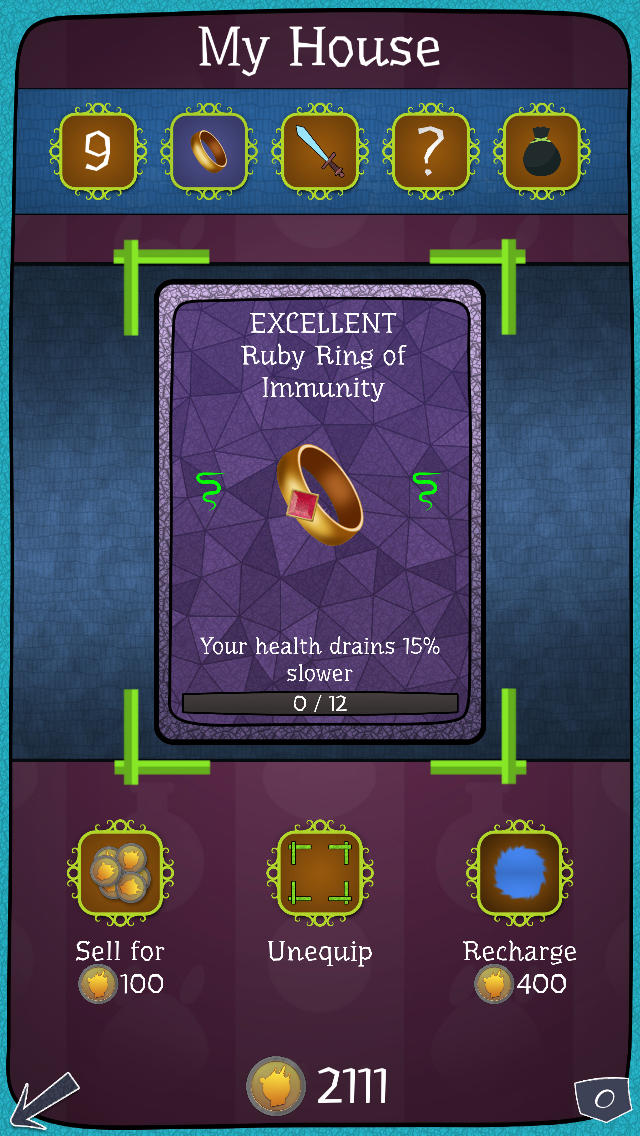 Besides wanting to share a little-known, extremely fun game with our readers, we have a bit of a selfish reason for writing about Mobs & Potions. We’d like it to do well so developer Quentin Ivanhoe can continue expanding: he’s already updated numerous times since the January launch, adding new cards and the previously mentioned quest system. We’d love to see even more cards, varieties on locations—possibly enemies that only appear in certain areas—and, honestly, some sort of IAP. We’d like to repay the amount of enjoyment we’ve received from Mobs & Potions so far (which is a lot) and help support its continued development. This is a gem that deserves to be polished, and played, as much as possible.

Finger Band’s Latest Update is Music to Our Ears