Home / Play / Stick It to the Man with Crazy Taxi Gazillionaire

Stick It to the Man with Crazy Taxi Gazillionaire 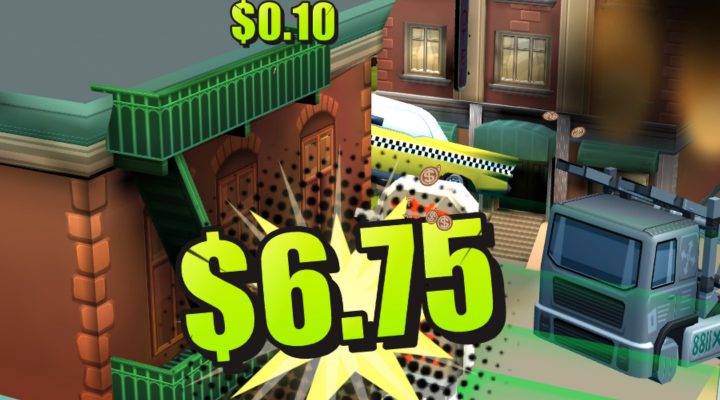 When Crazy Taxi Gazillionaire was first announced, it was easy to understand why there was a great deal of skepticism among fans of the series. An idle clicker? Seriously? For a franchise known for its rebellious attitude, wild characters and even wilder in-game antics, to dip a toe in the idle clicker waters seemed to be the antithesis of everything that Crazy Taxi seemed to be about.

Five minutes in, however, it’s easy to see how Crazy Taxi Gazillionaire doesn’t just fit, but enhances the Crazy Taxi universe, adding a depth and rebelliousness to the series that had been missing from the driving games alone. Taxi drivers are some of any city’s original hustlers. They’re entrepreneurs who have long had to fight back against overreach and rate hikes from the companies that own the cabs and the cab licenses for their locality. Now they’re stuck fighting the proliferation of ride-sharing apps which are able to offer users lower prices, a (virtually) cashless and a greater sense of security. 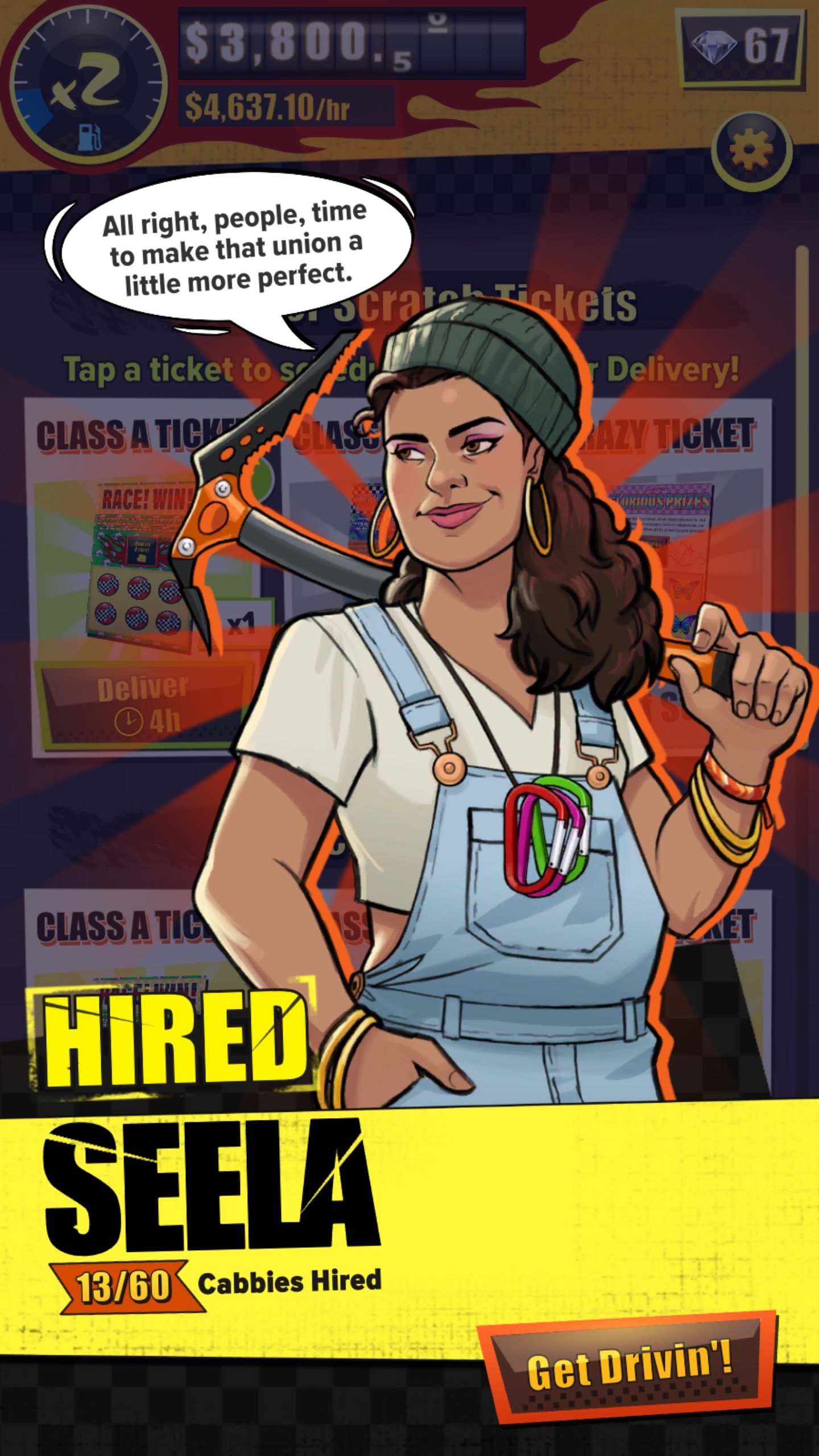 Crazy Taxi Gazillionaire puts you at the center of this war for survival. Fortunately, money has never been a dirty word in Crazy Taxi. This is one of the key ways these games distinguished themselves from Grand Theft Auto when reckless driving was otherwise the focal point. Making billions of dollars in this climate isn’t selling out, it’s helping you increase the capacity of your rebel army of unique and colorful drivers to stick it to the man.

Along the way pulling stunts, picking up VIPs (and showing them a death-defyingly fun time) and busting up the aircraft of rival Prestige Mega Corp. As much as this game represents a change in tone, at least one thing will never change: The Offspring’s “All I Want” is the soundtrack here. This helps tie the game into the rest of the series in a small but important way. 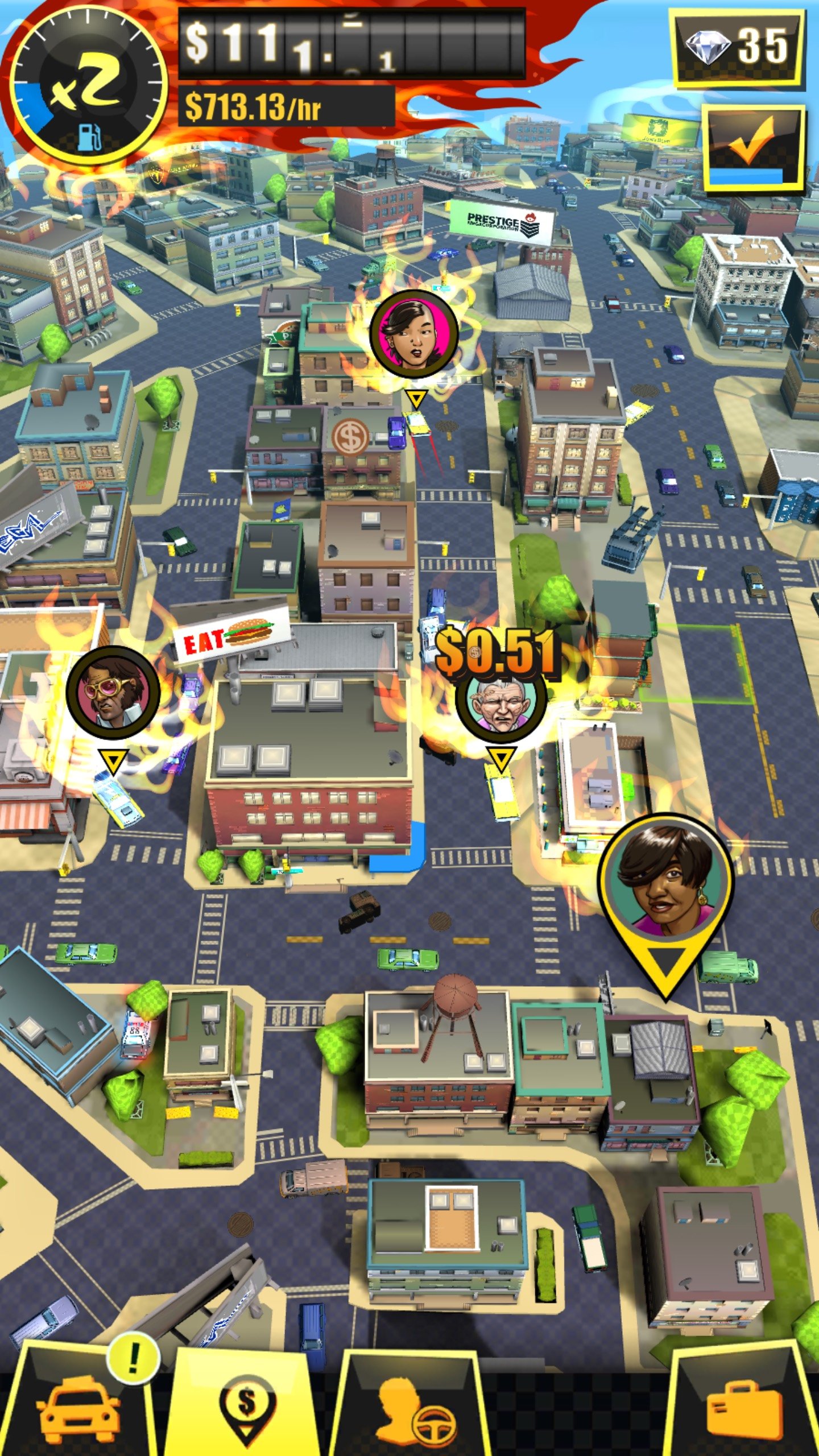 While we can’t promise you’ll fall in love with Crazy Taxi Gazillionaire, it is the kind of a game you might want to give a try. Rebellion, luck and some of the most interesting characters you’re likely to ever find in a game rooted in customer service mean it’s unlike any clicker you’ve ever played before. It’s free-to-play so there’s nothing to lose but time. Let’s face it, what else were you planning to do on the bus to work? Instead of crushing candy you could be crushing the corporate machine.

Hero Academy Getting Proper Sendoff, With Sequel on the Way