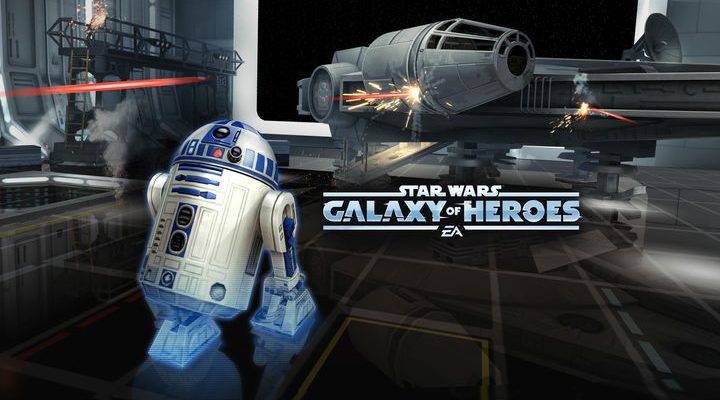 This headline is not a typo. Star Wars: Galaxy of Heroes has featured a number of iconic and fan favorite characters from all eras of Star Wars history (even the prequels, it’s true), but somehow never gotten around to introducing a certain astromech droid that has been part of the saga since the beginning. So R2-D2, welcome to the game.

Let’s move right to the obvious follow-up question: how can one secure the services of R2-D2 as a playable Galaxy of Heroes character? EA is making that possible right now thanks to “The Daring Droid” event. Put together your best Imperial squad and capture R2-D2, both figuratively and literally, before the event ends on May 11.

What can R2 do for you? Maybe more than you think thanks to his Electroshock Prod attack and his Improvise ability, which makes normally elusive foes easier to hit with subsequent attacks. Also, he seems to have a nifty multi-target attack as well in this trailer.

One high-ranking Gamezebo staffer even suggested that R2-D2’s arrival would be cause for him to re-download the game after some time away, which officially qualifies it as A Big Deal™.  And while it seems as impossible as hitting a target three meters across with a proton torpedo for anyone but Luke Skywalker, if you’ve never tried out Star Wars: Galaxy of Heroes before, you can grab it for free from the App Store or Google Play.

Just remember what C-3PO said about R2-D2: he’s in prime condition, a real bargain. Let’s hope he turns out that way for your squad as well.