Star Wars: Galaxy of Heroes Is out Now (and We’re Already Hooked) 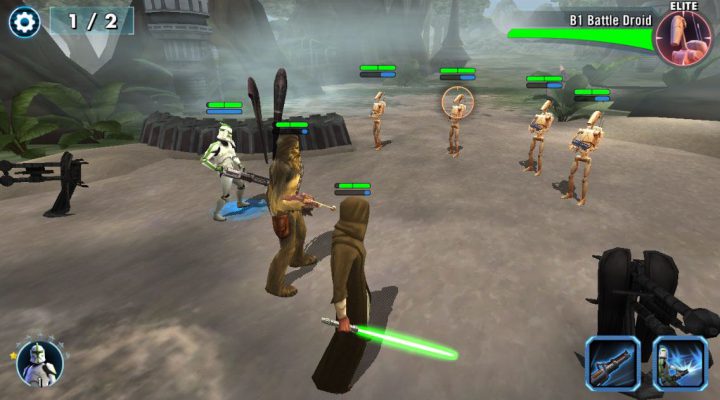 If you’ve been counting the days until The Force Awakens hits theaters, and your thumbs are getting sore after a week of Battlefront, you’ll be pleased to know that there’s one more Star Wars property that you can unwind with as you await your trip to the local cinemas. EA’s free-to-play mobile title, Star Wars: Galaxy of Heroes, made its debut on the App Store and Google Play today.

The game is built around simple RPG battles where players build their own teams by unlocking a huge variety of characters. This is done primarily through in-app currency and rewards — and much to our delight, both of these seem to be handed out liberally in the game’s earliest stages. After only an hour of play, we’ve already unlocked seven characters for my squad including Lobot, a Jawa and “Clone Wars” Chewbacca. 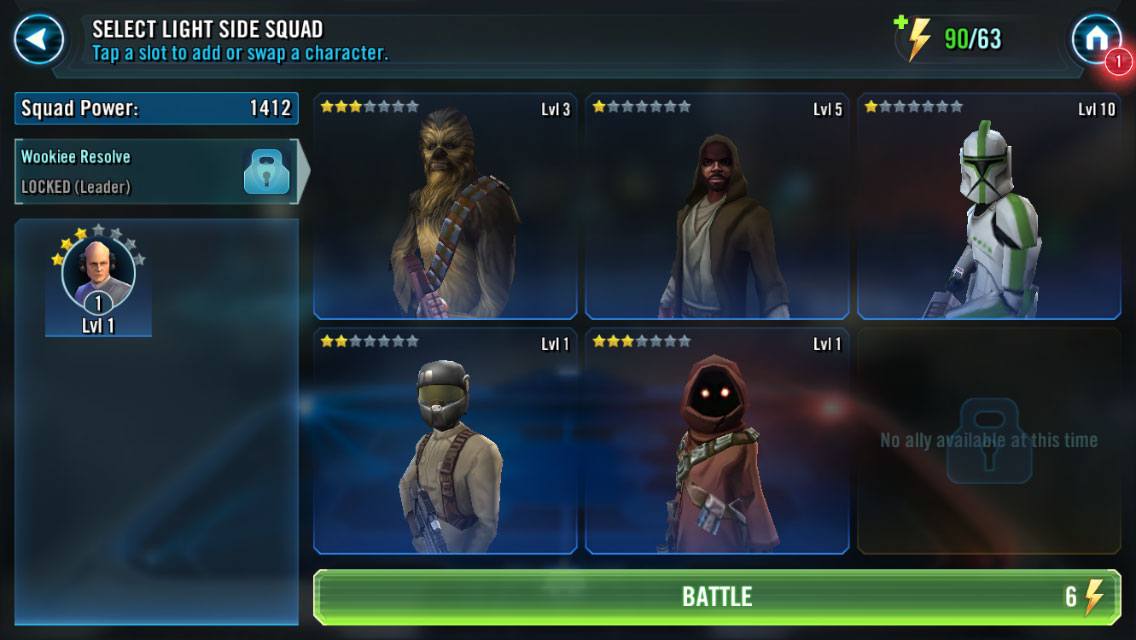 If you’re a fan of collecting things (and from toys and trading cards to C-3PO underoos, we know that Star Wars fans are), Galaxy of Heroes should do an incredible job of scratching that “just one more character” itch.

The gameplay isn’t quite as deep or as challenging as some of our favorite free-to-play RPGs (remember how great Avengers Alliance was?), but it’s still pretty satisfying to watch your Clone Trooper unleash a massive assault on the entire enemy team. Characters can be upgraded and customized with equipment and, in a neat twist, will only unlock additional moves once they’ve been properly assigned enough gear. 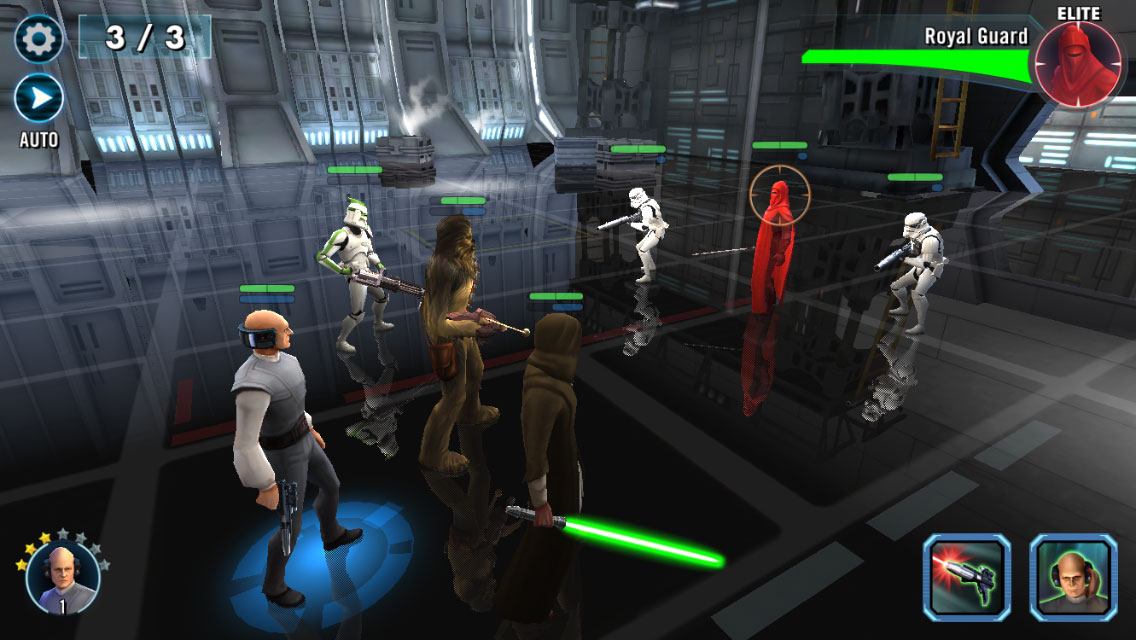 We’re only an hour into the experience, so it’s hard to say for sure if this is the Star Wars mobile game that fans have been waiting for — but early indications are good. Stay tuned for our full Star Wars: Galaxy of Heroes review soon. In the meantime, you can get started on your own squad by download the game for free from the App Store and Google Play.

Goat Rider: Have Goat, Will Trample

Call of Champions is Now On Android