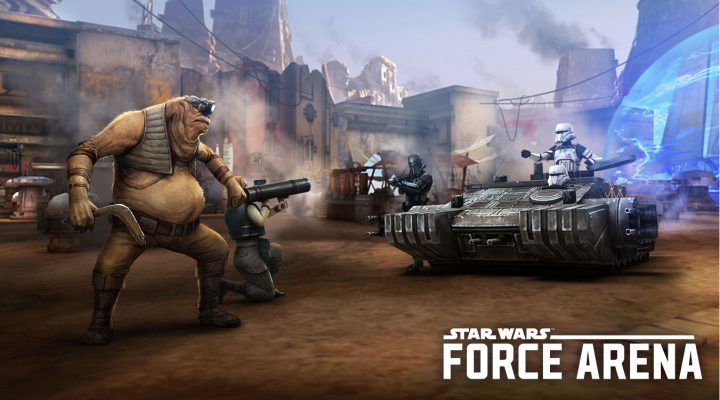 If you’ve been waiting for Netmarble’s “MOBA that they don’t actually call a MOBA” Star Wars: Force Arena to get some new characters, you’re in luck.

The game’s latest update introduces four new character cards, two for each faction. Rebel Demolitionists (who we’re assuming are good at blowing stuff up) and Keredian Partisans are matched by the TX-225 Assault Tank and Death Troopers, who you saw in all their black-clad glory in Rogue One.

There’s also been a big change to the Force Arena 2v2 battles: they no longer affect your personal ranking, which is good if other people were dragging you down and perhaps not as good if, like yours truly, you were the weak link and counted on better players to prop you up. In any case, 2v2 matches will still be an important part of the overall landscape, they just won’t be ranked battles.

“We hope players have more fun and share great strategies with each other through newly introduced character card donations and Replays in Star Wars: Force Arena,” Seungwon Lee, Chief Marketing Officer of Netmarble Games, said in a press release. “Now players can enjoy 2vs2 in a fair environment without worrying about rank drop and also bring their best game with four new characters including the Death Trooper.”

New additions to the Guild system and the ability to watch replays are also part of the new update. So if you haven’t played in a while, this is as good a time as any to jump back in. Star Wars: Force Arena is a free download available now from the App Store or Google Play.