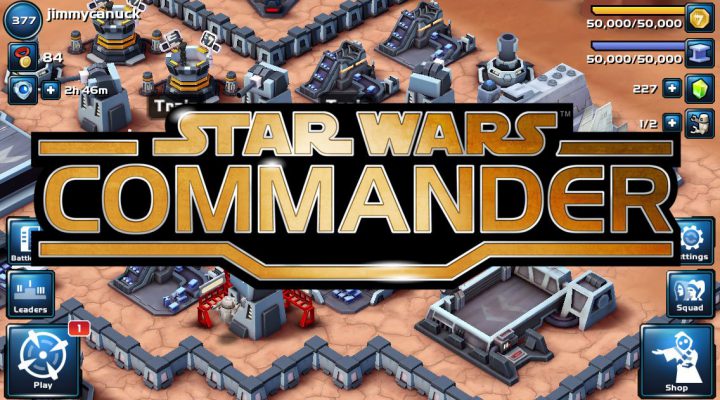 Star Wars Commander, the Force-filled take on Clash of Clans, has taken over the App Store, cutting down its opposition like Han Solo shooting Greedo. The game sits comfortably in the top 15 of the grossing charts. Licensed versions of games in popular genres aren’t always guaranteed to succeed, but apparently building armies and bases in the Star Wars universe is a formula that just works. As such, Star Wars Commander is already getting a content update, rolling out today with a new limited-time campaign.

This new campaign takes place in the Doran system, with Rebel and Empire forces fighting each other for control of Dandoran and its mineral resources. There are 26 missions to play, earning Campaign Points based on star rankings at the end of each one, fighting the other side’s forces to take them out. Getting to the end of the campaign will unlock a replayable mission to get more and more points for them and their side.

And what are these points worth, you ask? Well, there’s a Campaign Store that features exclusive new units to buy, including the Rebel Vanguard Trooper and Imperial Shock Trooper. It’s also possible to buy up to three Rebel ATAPs (All Terrain Attack Pod) and Imperial ATMPs (All Terrain Missile Platform). These will all only be available for the length of the campaign, so be speedy, you must.

Ninja Warrior Temple is Easier than Flappy Bird, Harder than Being a Ninja